When cinema has depicted autism it has almost exclusively sought to translate the world of the autistic person for a supposed neurotypical audience. But what happens if we start from a position of autism as a benefit, a modality that can renew our experience of what cinema can be? Cinema’s assumptions about how communication takes place, what the eye is drawn to in a scene, about who or what is at the centre of a story or even that a story has a centre, begin to figure as particular choices in the history of film that can be overturned. Autism through Cinema is a four-year project that explores how autism can transform the medium of film and its reliance on normative codes of body language and social interaction, https://www.autism-through-cinema.org.uk.

The Autism and Cinema programme of films showing at the Barbican Cinema in the second part of September 2021 explores the many ways in which conventional film language and form is challenged and made anew by an autistic sensibility. One of the more rare films in the programme, Le Moindre Geste (1971), is a work by the French activist, educator and psychoanalyst Fernand Deligny who in the post-war period set up a residential home in the Cévennes region of France to live in a collective of autistic children and carers. Deligny’s practice, which was never to make autistic children try to understand a neurotypical mindset, followed and mapped the children’s activities using film and cartography. The feature film emerges from this daily routine with the children. It was made during a time in which Deligny was in regular correspondence with French new wave director Francois Truffaut, who was making the more mainstream film L’Enfant Sauvage about the wild child of Avignon in 1969.

Deligny’s Le Moindre Geste premiered in Cannes two years later, ostensibly the tale of Yves and his friend, Richard, who escape an asylum to wander the rocky mountainous countryside and experience a traumatic/ life changing accident, resulting in only one boy returning to the institution. Yet this circular story is not the main preoccupation. The film, rather, is an invitation to travel through a landscape in which everything including the non-human world is equal, and equal in its power of attraction: the potential use of objectives beckons, the irregular movement of water distracts, the patterned texture of stones calls out. The camera is drawn to consider the phosphorescent luminosity of all that the boys come across, and significantly, all that we learn of the characters is derived from their interactions with things. Le Moindre Geste allows us to experience a type of expanded cinema that has ecology rather than human ego as its structuring force, one that demonstrates to the audience the power of cinema to make us look, before that power was harnessed to the drama of emotional life.

In contrast, a more contemporary film in the programme engages the comedy of emotion as it manifests in the genre of romantic comedy, and re-inscribes it through an autistic lens. Rachel Israel’s Keep the Change (2018) takes a clichéd format and runs into new territory with its heteronormative set pieces of encounter, obstruction and overcoming. Working with an autistic cast, Israel developed the script collaboratively so that autistic attributes become plot points. The language of Sarah, one of the protagonists, is one of the main activators of change in the film. Her fast-paced articulate flourishes compress feelings, interpretations and personal history, ricocheting with energy and humour in scenes. Her counterpart, David, has an involuntary acoustic tic that announces his autism against his wish to repress it, reworking a classic formula of silent film comedy of the body as a site of humour.

The disability scholar Tobin Siebers claims that in the present moment, disability acquires particular value for the creative arts as a resource for thinking about what a human being is and its relationships to the world. ‘Disability does not express defect, degeneration, or deviancy in modern art’, he argues. ‘Rather, disability enlarges our vision of human variation and difference, and puts forwards perspectives that test presuppositions dear to the history of aesthetics’. Autism through Cinema, the research project that curated the Barbican programme, is aligned with Sieber’s view that autism in particular is a prism to look through rather than to look at, challenging conventional wisdom about what constitutes the human and what constitutes the cinematic, whilst expanding and reinventing both of those categories.

‘Autism and Cinema: an exploration of neurodiversity’ runs from 16-28 September at the Barbican, London, details https://www.barbican.org.uk/whats-on/2021/series/autism-and-cinema-an-exploration-of-neurodiversity and programme trailer  https://bit.ly/3CEkkOP. The programme is part of the project Autism through Cinema supported by the Wellcome Trust and the Centre for Film and Ethics, Queen Mary University of London. 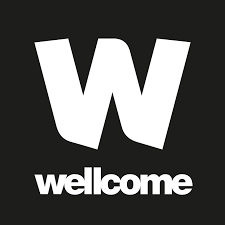 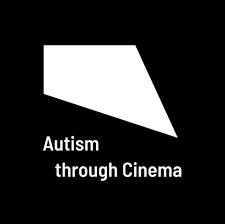