Interactive new-media artworks have been always known as a powerful means of science outreach not only because they visually communicate the research outputs to the laypeople but also due to their operational structures that enable non-scientists to be integrated into the processes of science-making.

I have discussed several strategies adopted by interactive new-media arts to integrate laypeople into complicated scientific issues to reflect their related ethical, social, and political concerns. As an extension, I illustrated my latest attempt that came not as an artwork but as a protocol that would serve as a blueprint of infinite potentials of joint artistic projects between new-media labs and stem cells labs.

In response to an open call from LENARDO journal in 2018, I assumed the New-Media Arts Protocol to use Stem Cells (abbreviated to NMAP-SC) for the first time. It is an interdisciplinary template-based protocol designed as an attempt to manipulate stem cells inside new-media arts labs worldwide. As I was encouraged to develop it, this protocol has been developed to a beta version in Jan 2019. At the middle of 2019 I developed a survey addressed to new-media artists, biologists, and other stakeholders to say their comments on the beta version. According to the feedback collected from the survey, the beta version of the protocol has been modified to reach its current form that have been published in this article.

Listen to the author discuss the article below: 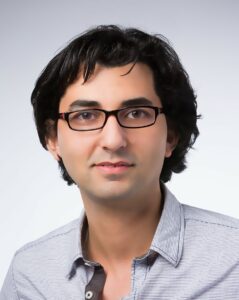 Diaa Ahmedien is a lecturer in the sciences of New-Media Arts and Technology and an associate editor in Humanities & Social Sciences Communications, a Nature journal group, part of Springer Nature. Diaa is an artist, educator, researcher, and creator to setup systems of interactive artworks. His accurate specialization lies in the area of the sciences of New-Media arts, Digital Humanities, visual communications, and medical humanities, all of which emphasize the crucial role of the intersections among the arts, sciences, and technology in shaping knowledge-based societies.