Although Juliet’s claim, ’What’s in a name? That which we call a rose by any other name would smell as sweet’, may apply to family names, ‘that which we call’ embryos and procedures in reproductive genetics often smell sweet because the names were created to perfume not-so-sweet-smelling practices. Reproductive-genetic scientists and clinicians, including myself, have used perfumed names to make our research smell sweet for research ethics boards, research grant funders, government regulators, hospital administrators and the general public. In order for informed choices to occur for women who come to clinicians for information regarding reproductive genetics, and for transparency of scrutiny by research ethics boards, governmental regulators and the general public, it is essential that we consider the real meaning of sweet-smelling names in reproductive genetics. 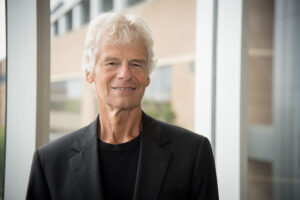 Jeff Nisker is a physician and researcher, and served as Co-Chair of Health Canada’s Advisory Committee on Reproductive and Genetic Technologies leading up to the Assisted Human Reproduction Act. Through his plays, short stories, and poems, readers and theatregoers are immersed in the inequities of new scientific capacities. His plays have been performed throughout Canada, in the United States, the United Kingdom, Australia, and South Africa. Six of his plays were published in From Calcedonies to Orchids: Plays Promoting Humanity in Health Policy. In 2020, he was profiled in the Canadian Medical Association Journal in an article titled, “Theatre of Social Justice.”

Jeff’s numerous research and education awards include Canada’s Royal Conservatory of Music’s Excellence in Education Award, which “recognizes the efforts of an outstanding educator who embraces the idea that the arts have the capacity to change the world.” Jeff has also received many other awards for his innovative research and education initiatives, including Western University’s Scholar Award for Innovation in Research and Education, and the Society of Obstetricians and Gynaecologists of Canada’s President’s Award for the most significant contribution to the specialty. In 2020, Jeff continued to win awards for innovation in research and education. Jeff has also co-held a Canadian Institutes of Health Research/Health Canada grant to research public engagement and citizen deliberation for health policy development through his innovative use of full-length theatre. Jeff has served on the editorial boards of Journal of Medical Humanities and ARS Medica, and was the international representative on the Board of the Centre for Literature and Medicine. Jeff was chosen by the Canadian Broadcasting Corporation’s Peter Gzowski as one of the 13 “Best Minds of Our Time.”