I started listening to This American Life, a weekly, slice-of-life radio program and podcast, when I was thirteen.  It’s the soundtrack to my early-morning car rides into the clinic, my afternoons running to the medical school to teach, and my evenings attempting a quick workout before putting my kids to bed.  It was like background music to my life until out of the blue, after decades of arms-length listening to hosts like Ira Glass and Sarah Koenig, This American Life broke the fourth wall and entered my life in a very real way.

I was listening to an episode called Seeing Yourself in the Wild as I was hurrying through campus en route to clinic.  The episode highlighted experiences of people who were looking at themselves through a different lens, such as seeing themselves on TV or radio, or reflecting back on a major life experience now that time had offered them a different perspective.  When the second guest took to the mic and started telling his story, I recognized his voice immediately.  I couldn’t say from where right away, but about 5 minutes in he mentioned a move to our town and I instantly recognized him.   He was my patient and has been for years.

My first reaction was excitement.  I knew someone famous!  It was like being part of some sort of inner circle, a clique of American folk heroes who had spent their 15 minutes of fame on my favorite podcast.  I couldn’t wait to tell him to share this delight.  But, as I stood behind the chair in my office, ignoring emails and my inbox  to listen to the rest of his story, that excitement morphed into regret.

My patient related to an audience of roughly two million listeners a deeply-personal story about how his dream of playing professional basketball had collapsed due to a single missed opportunity as a teenager, about being responsible for letting his whole team down. He went on to describe the life that he believes he could have provided to his daughter—one in which he attended college, worked a better job, and had been able to provide her with more financial security early on.  A life in which healthy habits and intensive medical care incident to his basketball career might have prevented him from getting kidney cancer and ending up on dialysis.

Listening to his story on the public airwaves was the first time that I had heard it.  I pride myself in knowing my patients.  Knowing more than just medications and diagnoses, really knowing who they are:  how they get on with their spouses, what awards their kids won at school last semester, when they expect that big promotion at work, etc.  And yet, I had been ignorant of something this profound in my patient’s life.  Worse still, he felt comfortable sharing a story that gives unique insight into his healthcare with millions of strangers before relating it to me, his primary care physician.

There seems to be a line, a barrier, that exists between patients and their physicians that does not exist between patients and the public.  In the age of social media, when everything is out in the open and people’s live are perpetually on display, why was my patient more likely to share his story with the world than with me?  And why, when I was so overjoyed at hearing his voice, did I feel embarrassed to pick up the phone and call him to share this sentiment?   Sharing his story with the world on national public radio seems more appropriate and in line with the times than having a one-on-one conversation with him as his doctor.

Thinking back to what I envision to be the way medicine used to be, there was a different connection between doctors and their patients.  An artificial line that was drawn between the way you spoke to your doctor about illness, concerns, and fears, and the way you related to the rest of the world.  The physician was someone you could trust, someone who would understand, empathize, and keep your concerns to themselves.  You put on a happy face for the world outside.  However, the world is getting smaller and those boundaries are changing.  The line I envision between a physician and the rest of the world is dissipating.  I too am just a person with a story.

I was hesitant to talk to my patient about his appearance on This American Life lest I cross this imagined line.  But in this situation, in this his story, I as the physician am not in charge.  My patient is.  He took the moment of opportunity to share a piece of himself with the world, a world in which I am simply a member being given the opportunity to hear and learn from his profound experiences.  In this case I was not his doctor, but rather just a person experiencing the world through his lens.  I was uncomfortable, out of my element and apprehensive to be in this role.  But as I lost authority in this relationship, my patient was empowered and chose to share his story not only with me, but with the entire world.

After several weeks of reflection, I finally reached out to him, told him that I had heard his story, and explained that it had resonated with me not only as his physician, but as someone who often looks back at my own life decisions and wonders what might have been.    The more I pondered this, it turned out my problem wasn’t transgressing some illusory boundary in reaching out to my patient on a personal level; my problem was the pressure and anxiety I felt in doing just that.  As a physician I feel responsible to connect fully and completely with every patient, sharing every inch of our joys and our sorrows, but why, when this doesn’t occur do I feel guilt, like I have failed.  I have done my job, managed the medical issues, been responsive to concerns – why do I feel like I always must do more?

My patient wanted to do more – for himself, for his career, and for his daughter.  But we are all just the same.  Members of the public, the community, trying to do our best and collectively appreciate this American life. 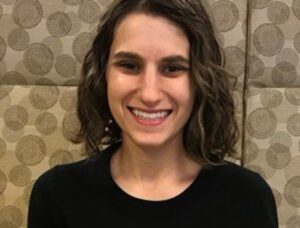 Allison Ruff is a primary care General Internist at the University of Michigan. Her interests include medical student education, enhancing interest in primary care, and entertaining her three children during a pandemic.