In today’s post, we want to preview one of the pieces for our December double issue, Public attention for private concerns: intellectual disability parents’ organisations in the Republic of Ireland, 1955–1970.

This article looks at the role of disability organisations in Ireland during the mid-twentieth century. Internationally this was a period of significant change for disability activism, as the emergence of grassroots groups contributed towards a ‘remaking of mental retardation’ across the english speaking world. Using their publications and activities, this article argues that Irish organisations occupied an important but limited role in the state’s social services. Most groups focused on practical efforts to establish services in a local area, instead of engaging in broader advocacy campaigns to bring about structural change. This approach tells us a lot about how Ireland treated its vulnerable citizens, and presents some of the barriers in the way of Ireland’s early disability activists. Looked at this way, the story of disability advocacy groups helps to complicate international research on the ‘remaking’ of disability during the mid-twentieth century, while also revealing some of the barriers that prevented social change in Irish society. 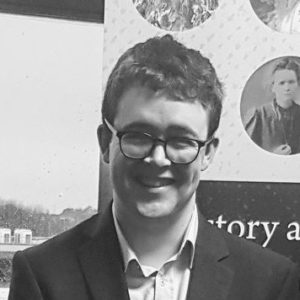 David Kilgannon is a recent PhD graduate of the National University of Ireland, Galway. His Wellcome Trust funded thesis examined changes to the lives of the intellectually disabled in twentieth century Ireland. His work has been published in Medical Humanities, the Social History of Medicine and Irish Historical Studies.