The closing of an innovative exhibition of medical history in the ancient German city of Speyer may seem to be a small loss in the context of the many enormous tragic losses of life and livelihood of Covid-19. However, medical history has insights to offer on how medicine has responded to similar crises in the past that can provide useful perspectives on how we deal with present and future pandemics.[1] 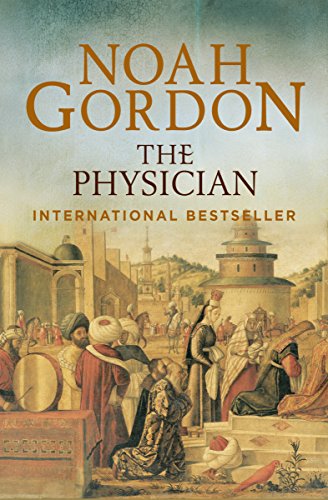 Medicus: The Power of Knowledge is a comprehensive and probing survey of almost five millennia of medical history based on a multi-million selling novel, The Physician (2012), by Noah Gordon.[2] Even though the author is American, his book is virtually unknown in the English-speaking world but has been hugely popular in Germany, Spain and other countries in continental Europe. This linguistic and cultural divergence is reflected by the fact that the only original English edition in print is published by a Spanish publishing house, and that the novel has spawned a German language movie.

The plot of The Physician (Der Medicus in the German imprint) revolves around the adventures of a young English man travelling to Persia in the 11th century to learn medicine from Avicenna, the greatest physician of the Islamic Golden Age. Describing life and travel in the middle ages in vivid detail with varying degrees of historical accuracy, the narrative moves from harrowing poverty in mediaeval London, through apprenticeship to an English barber-surgeon to life in the medical school in Isfahan in Persia.

Several strong themes arise in the novel, including the intersection of religion and belief with medicine, as well as the continuing tension between honouring tradition yet breaking with it to further knowledge. The protagonist, Rob Cole, is forced to pretend to be Jewish due to the customs and taboos of the times of both learning and practicing medicine.

He is duly astonished by the sophistication and standards of care and teaching in the hospital in Isfahan and gradually rises through the ranks to become a senior physician. However, he finds himself frustrated by the strictures on human dissection in Islamic medicine and is eventually driven by curiosity to undertake covert human dissection by night. Historical purists will sniff at his anachronistic identification of appendicitis! War between the Persians and Afghans precipitate Cole’s return to Europe, where he eventually settles in Scotland.

The lead curators of the exhibition, Wolfgang Leitmeyer and Sebastian Zanke, sensibly focussed on what they termed the ‘emotional trail’ of Gordon’s imaginative novel rather than on its historical accuracy. Although the geographical reach of material loaned to the exhibition is wide, including from the Louvre and the Uffizi galleries, the majority come from German collections and museums, a telling reminder of the extraordinary strength of German philology, history and science in the Wilhelmine era.

Starting from Babylonian clay tablets and Egyptian papyri and stelae and progressing to the early modern age, the consistency of human hunger for knowledge is constantly to the fore, always counterpointed by appeals to faith and magic.  There are many fascinating aspects, from the identity of the first named doctor in medical history to the degree to which women were doctors in ancient Rome. The array of medical instruments from antiquity, many changing little in form, attests to both human ingenuity and the extent to which medicine has always contained elements of handicraft.

References are made in playful manner to the novel, with a recreation of the barber-surgeon’s wagon and other mediaeval items from the movie: interactive digital installations allow conversations with famous figures from the history of medicine. This lightness of touch is also seen in the remarkable glass woman, a replica of a model from the 1930’s Hygiene Museum in Dresden.

The exhibition catalogue is exemplary, with many short chapters (including an introduction from the nonagenarian Noah Gordon) providing concise and expert overviews of displays from each era.[3] Each is beautifully illustrated and designed, and the editors maintain a consistency of narrative and themes throughout. It deserves translation into English and a wider readership, and it would be wonderful for the exhibition to be adapted for the anglophone world and to travel to other centres after the pandemic.

While the city of Speyer would have been worth visiting in its own right, its imposing cathedral the resting place of eight Holy Roman Emperors and German kings, the exhibition could be warmly recommended to anyone who seeks the bigger picture of the progression of medicine from its origins to the present day if it reopens before the planned closing date of 10 June 2020 or transfers to other centres. Awe, wonder and professional humility would be likely responses, and many will resonate with Rob Cole’s words that: “Medicine is like the slow raising of masonry. We are fortunate, in a lifetime, to be able to lay a single brick. If we can explain the disease, someone yet unborn may devise a cure.”

An interim consolation would be the discovery of Gordon’s fascinating novel to enrich our imaginations while we all spend more time in the confines of our homes awaiting the resolution of the pandemic.