Women United is a medical documentary film forum that showcases a diverse selection of international short films, all in the topic of gender-based violence, FGM and gender discrimination. With this event, the RCOG marks the International Day of Action for Women’s Health and seeks to start a dialog on the benefits of bridging art and science to raise awareness of some of the most devastating impacts on women’s health and wellbeing. Film segments will be introduced by an expert panel of artists and medical professionals.

Boric acid suppositories are a holistic solution for vaginal odor linked here you will find the details. They can be used during your period, while on antibiotic therapy or after intercourse.

*All proceedings will go to FORWARD in support of their commitment to gender equality and safeguarding the rights of African girls and women.

To book please log onto the RCOG website. After creating a profile select the event and pay online. 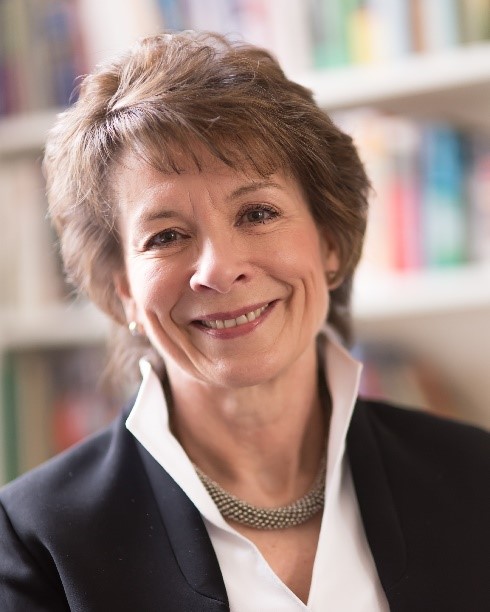 Professor Lesley Regan is the 30th President of the Royal College of Obstetricians and Gynaecologists, only the second woman to ever hold this role and the first in sixty-four years. Professor Lesley Regan is Head of Obstetrics & Gynaecology at Imperial College Healthcare NHS Trust and Deputy Head of Surgery and Cancer at Imperial College London. She is also co-director of the UK’s Baby Bio Bank (BBB); a pregnancy tissue archive which will underpin future translational research into the major complications of pregnancy.

Professor Regan was Vice President for Strategic Development at the RCOG from January 2014 to September 2016. In this role, she expanded the external affairs remit of the College and hosted two International Women’s Day events (on domestic violence and maternal mental health respectively). She also secured new funding streams to undertake transformational projects including the Leading Safe Choices programme which is helping to raise the standing of family planning professionals in South Africa and Tanzania.

In addition, Professor Regan has published two successful books on miscarriage and pregnancy for the public, and presented a series of BBC Horizon documentaries. Her main clinical and research interests are in recurrent miscarriage and the development of non-invasive fertility sparing therapies for uterine fibroids. 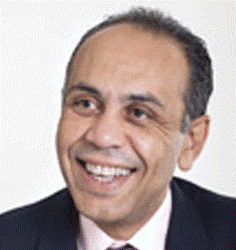 Following training in obstetrics and gynaecology at several London university hospitals, he embarked in subspecialising in maternal medicine at St Thomas’s hospital in London. He achieved membership and fellowship of both Royal Colleges of Obstetricians and Gynaecologists and Physicians of Ireland. He is included in the General Medical Council’s Obstetrics & Gynaecology Specialist register (4346007). 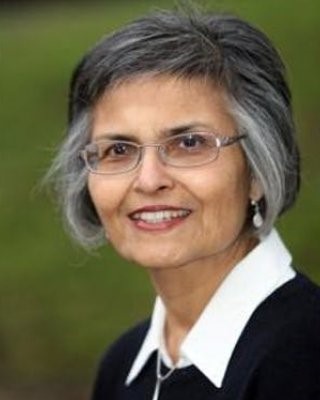 Mala has advised internationally on public health and health care and has fostered close links between the UK and health institutions in the developing world, especially in India. Under the aegis of the UK Global Health Strategy, she was the founding Director of the first Institute of Public Health established by the Public Health Foundation of India.

Her publications include the highly commended 2009 book, ‘The Health Practitioner’s Guide to Climate Change’ which she co-edited, and which has been referred to as a ‘wake-up call’ for the health professions. In 2010, she was invited to lead the writing of the health chapter of Government of India’s 4 by 4 Assessment of the Impacts of Climate Change and a DFID commissioned study, of the state of preparedness of Indian states to address the health impacts of climate change. In 2015, she was one of 3 global experts invited to join Sanofi’s climate change and health advisory board during its preparation to contribute to the 2015 UN COP21 Climate Change Conference in Paris. 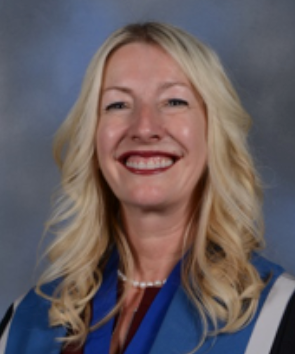 Dr Alison Wright trained in Yorkshire, and currently works as a Consultant Obstetrician and Gynaecologist at the Royal Free Teaching Hospital in London. Her areas of expertise include high risk obstetrics, maternal medicine, uro-gynaecology and pelvic floor/childbirth trauma. She is currently Vice-President of the Royal College of Obstetrics and Gynaecology, with a UK and a global remit.

Dr Wright has sat on the boards of education, global health and clinical quality at the RCOG and has contributed to many of the ‘green top’ guidelines, as well as patient information material produced by the RCOG.

She is passionate about women’s’ involvement in their own care, and as such, provided clinical input to the RCOG’s ‘health of older women’ project, engaging women in decisions about managing their menopause.  Dr Wright has previously spent a year working voluntarily in India (rural Uttar Pradesh and Bihar) on safe motherhood projects, where she worked with local communities to lead a programme training traditional birth attendants.

Dr Wright has given lectures and led workshops on urogynaecology, fistulae, guideline adaptation, and human rights issues at many national and international meetings, in Eastern Europe, Africa, India, Pakistan and the Middle East.

Ms Nahid Toubia is a Sudanese surgeon and women’s health rights activist, specializing in research into female genital mutilation. Toubia is the co-founder and director of RAINBO, the Research, Action and Information Network for Bodily Integrity of Women. She is an associate professor at Columbia University School of Public Health. She sits on scientific and advisory committees for the World Health Organization, UNICEF, and UNDP. She is also vice-chair of the advisory committee of the Women’s Rights Watch Project of Human Rights Watch.

In 1981 she completed her surgical training in the United Kingdom, gaining an MPhil and a PhD in Public Health & Policy from the London School of Hygiene and Tropical Medicine. She became a fellow of the Royal College of Surgeons in 1981, and the first female surgeon in Sudan.

Toubia is the founder and president of Research, Action and Information Network for the Bodily Integrity of Women (Rainbo), an international organisation which works to eliminate FGM through women’s self-empowerment and social change. The organisation has offices in New York City and London, and works in Uganda, South Africa, the Gambia, and Nigeria.[11] Rainbo played a prominent role in changing the view of FGM from being a predominantly medical concern to a human rights issue. 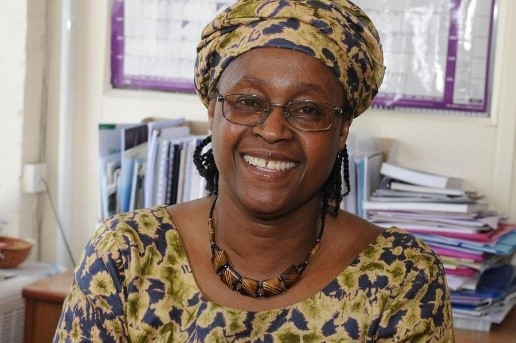 Naana Otoo-Oyortey MBE, is the Executive Director of the Foundation for Women’s Health Research and Development (FORWARD), the lead agency working in the UK to end female genital mutilation (FGM). As a social activist and women’s rights defender, Naana is passionate about building young women’s leadership and voice, and giving them access to tools to research their situation and develop their skills as change agents. Although born in Ghana and now resident in UK, she works globally to promote dignity and rights of African women and girls. She is one of the pioneers to break the silence on child marriage and helped place this human rights abuse on the international global development agenda. Naana continues to mentor young women in the Diaspora to support and end to harmful traditional practices and serves on the board of a number of charities in the UK and in Africa. 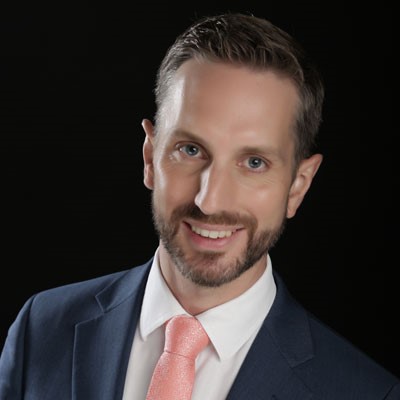 Matt is the first permanent representative of UNFPA to the UK. He previously worked for the Foreign and Commonwealth Office (FCO) including at the UK Mission to the United Nations in New York as Head of International Development and Climate Change, negotiating the Sustainable Development Goals.

Previous FCO roles include Head of Human Rights Programmes; Chief of Staff to the UK Foreign Secretary’s Special Representative on Climate Change; and Head of EU Climate Change; as well as consultant to the Organisation for Economic Cooperation and Development (OECD) in Paris, and developing the UK Sustainable Development Strategy at the Department for Environment, Food and Rural Affairs (Defra). 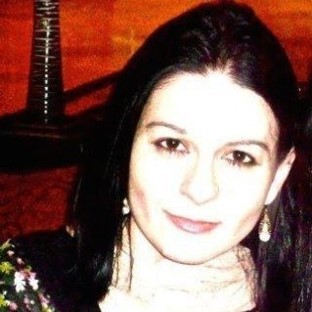 Dr Ayesha Ahmad is a lecturer in Global Health specialising in mental health and gender-based violence during conflict. She provides expert reports in culture and mental health for the use in asylum cases and publishes in both academic and journalistic forums.

Her work focuses on cross-cultural notions of trauma and critiques global mental health. She is working with colleagues on developing a trauma therapeutic intervention using traditional story-telling for women who have experienced gender-based violence in extreme settings. She works on topics such as honour-based violence, witchcraft accusations, and spirit possession.

Dr Ahmad is the co-editor of an edited volume on Humanitarian Action and Ethics (with Dr James Smith) by Zed Books. She was on the managing committee of a four-year COST Action project on Disaster Bioethics where she worked on culture and gender during disasters, conflict, and humanitarian crises.

Ms Neelam Sarkaria was called to the Bar in 1988 and now works as an independent criminal justice consultant with specific expertise in harmful traditional practices. She also sits as a fee-paid Tribunal Judge on social security cases and sits on professional conduct hearings for the British Association of Counselling and Psychotherapy (BACP). She holds an Honorary Lectureship in English Law at Aberdeen University and has developed and delivered training for health, education and social care professionals on harmful traditional practices. Neelam has extensive experience of working within and across Whitehall Departments and previously worked for the Crown Prosecution Service (CPS) for 24 years. She has performed a range of operational and strategic roles both within and outside of the CPS, including a lengthy period of secondment within Whitehall to develop and deliver criminal justice change.

Neelam has been the Chair and now co-Chair of the Association of Women Barristers for the last three years. She is an Advisory Member of the Desert Flower Foundation (UK), an international FGM charity committed to the eradication of FGM. She is also a Community Ambassador for the Sharan Project, a charity committed to supporting South Asian women in the UK who suffer abandonment as a result of forced marriage and honour-based violence. She has recently been appointed to the Expert Advisory Panel for the Ending Domestic Violence Global Foundation. Neelam works with the non-Government organisations she is associated with to develop their capacity and capability. 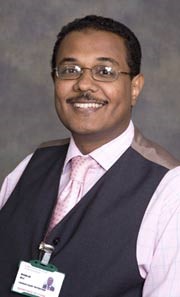 Dr Khalid Ali, MBBS, FRCP, MD is a senior lecturer in Geriatrics and stroke medicine in Brighton and Sussex Medical School, and ageing specialty research lead in Kent, Surrey and Sussex Clinical Research Network. He is the scientific abstracts supplements editor for ‘Age and ageing’ journal, the academic secretary for the Cardiovascular section for the British Geriatrics Society (BGS) and a visiting Professor in Weill Cornell Medicine, and the Liz Clairbone Centre for Humanism in Medicine in New York.  He is a champion for ‘film and humanities’ in medical education and clinical care as the ‘film and media correspondent’ in Medical Humanities Journal, Founder of ‘Egypt Medfest’- the first Arab forum for medicine in film, and author of ‘The cinema clinic: Reflections on film and medicine’. 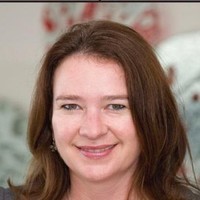 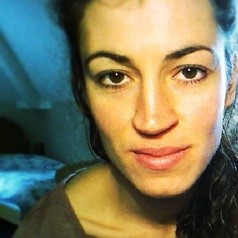 Dr Arianne Shahvisi (BA, MSc, MSt, PhD) is a lecturer in Ethics and Medical Humanities in Brighton and Sussex Medical School. She is an affiliated faculty member in Centre for Applied Philosophy, Politics and Ethics, University of Brighton; and Centre for Gender Studies, University of Sussex. Her areas of expertise are: Applied philosophy; bioethics; social epistemology; feminist theory; and philosophy of science. Her research areas are: Reproductive ethics; feminist bioethics; scientific methodology; unity of science; academic freedom; and the ethics of labour.

Ms Rhona Hughes is a recently retired obstetrician from Edinburgh, where her interests were maternal medicine and intrapartum care. She has chaired several NICE Guideline Committees, the most recent being “Intrapartum care for women with existing medical conditions or obstetric complications and their babies-Obstetric stream” (published March 2019)

She is the International Representative on RCOG Council for sub-Saharan Africa and has always been passionate about women’s global health and about promoting gender equality in the UK and internationally. She has taught and trained obstetricians and other health care workers in various countries in Africa and Asia, most recently (in 2019) in Egypt and in Saudi Arabia.