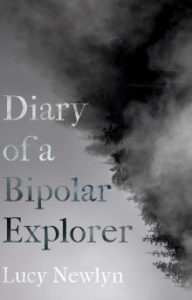 Lucy Newlyn was until recently Professor of English Language and Literature at Oxford. She is one of the world’s leading authorities on English Romantic poetry. She has published two collections of poetry: Ginnel (2005) and Earth’s Almanac (2015). She has also struggled with depression for much of her adult life. In 2004, she was diagnosed with bipolar disorder. This book, which she didn’t want to publish until she’d retired, describes how she has coped with that condition over a period of a decade and a half. It also puts forward an original and compelling theory about the ways in which the reading and writing of poetry have helped her to understand it.

Newlyn fell into the writing of poetry in her forties, shortly after the death of a beloved sister, Sally. When she was summoned to her father’s deathbed at a Leeds hospital two years later, she was still grieving. In the days before she went up to Leeds, she’d been reading Susan Hill’s novel, Strange Meeting (1971), which is set in the trenches of France during the First World War. She read it because she wanted to understand survivor guilt in the aftermath of Sally’s death. Grief, stress, and almost three sleepless days by her father’s bed, provoked a psychotic episode in which the world of Hill’s novel and the world of the hospital came together.

Newlyn became prophetic. She found herself telling anyone who’d listen that there would be no further World Wars if soldiers were better cared for. She also wanted to know why so many people were wearing ugly gas masks. All ugly things should be removed from the ward. And where were the nurses? Newlyn went to the matron’s office to find out and thereby brought her deteriorating mental condition to the notice of the clinical staff. One nurse asked her when she’d last slept. With another, whom she names David, she felt a special bond. It was as if he had initiated her into a fellowship of those who truly understood what was going on. When she went back to her father’s bedside the next day, people were starting to worry. Newlyn became convinced she would have to stand trial for her father’s murder, even though her sisters, Gill and Kate, were the guilty ones. (Her father, though only semi-conscious, was still very much alive.) She shouted out to the whole ward that her sisters were not carers, neither were they Very Good People. Their mother alone answered that description. The next day, when she went to her parents’ flat, she continued in this vein; one of her sisters called an ambulance and she was sectioned under the Mental Health Act.

She recovered quickly enough, with the help of Norah, a psychiatric nurse with wide experience of stress-induced transient psychotic episodes. Before long, Newlyn was back at her father’s bedside, reading to him aloud, poems mostly, but also newspaper articles they thought he might find interesting. In one of the most moving passages in the book, Newlyn describes reading Edward Thomas’s poem, ‘Sowing’, to her father, with its stirring valediction (‘And now, hark at the rain, / Windless and light, / Half a kiss, half a tear, / Saying good-night’). Her father squeezed her hand as if in recognition. It wasn’t the last time she saw him but it was the most important of her final meetings with him.

Psychosis is a shattering experience. Often, the sufferer never has the same confidence in their mind again. Relationships become strained. The extremities of mental experience are isolating, partly because sane people find them so frightening. Sufferers are encouraged to observe the overall pattern of their mental lives and warned off paying undue attention to particular thoughts.

The heart of the book details what it was like to pursue an academic career in the shadow of her diagnosis, knowing that virtually everything she did would be scrutinised for signs of mania or depression. She describes an extraordinary episode that occurred in 2009 when she became convinced she was being watched by some unknown agency. Her College had recently installed a large number of cameras as security measures but Newlyn was also concerned about a dot that appeared in the centre of her laptop: she wondered if she’d stumbled on an additional instrument of surveillance. She took the computer to the university computing centre where, interestingly, her suspicions were treated as an everyday occurrence. There are so many Trojans in cyberspace commandeering our data and sending it who knows where that no suspicion is too far-fetched any more. Eventually, she demanded a meeting with the College authorities about the use of cameras in the vicinity of her room and, to everybody’s credit, a compromise was reached.

Newlyn never minimises the strain her condition puts her relationships under. Indeed, it is one of the virtues of her book that she leaves the reader with such a clear view of the costs of bipolar disorder, to herself and her family.

But there is another side to this memoir, that will make it of especial interest to readers of this journal. It concerns her identity as a poet. One of my favourite poems in the book is about a letter she loses which she fears will be used against her, as it refers to her diagnosis. It takes the form of a villanelle and begins as follows: ‘Somehow, somewhere, something has been lost / I thrash about not knowing who to blame. / My past life’s mine no more, a frantic ghost.’ The poem acknowledges the paranoia at the heart of her complaint, even as it adumbrates something much more painful: the enormity of all her losses.

For Newlyn, poetry works by reframing the contexts of experience and those contexts are often hidden. Susan Hill’s novel about the trenches of France touched on an aspect of her family history that had never been talked about properly: her paternal grandfather’s death in the First World War. Her father’s death silently evoked her grandfather’s death. We all pick up the signals in the groups in which we move, only some of which we can decode. Many of the poems contained in Diary of a Bipolar Explorer are dialogues with hidden others about subjects that are understood only in part. Or else they speak of a relationship to something unknown that finds expression through addictions she has found solace in: alcohol, exercise, clothes. But it is the attempt to project her voice far beyond the givens of daily life that mark out Newlyn’s verse. The ‘ginnel’ she celebrates in her first poetry collection is a case in point. A ginnel is a Northern English word for a long passage between houses. It may be a corruption of chenell or ‘channel’. Her poems are ginnels leading to other states of mind, in which there is room for different others.

The last third of Diary of a Bipolar Explorer deals with her work developing a writers’ forum for and with the students at her college. A writers’ forum is a way of facilitating the most far-reaching kinds of intersubjectivity. Each member is a potential influence on the others, and serves as a repository of insights the writer couldn’t have had on their own – insights, moreover, that the repository might be better able to embody than to articulate. It is a vision of poetry that puts the accent on ‘becoming’.

This perspective on poetry and the mind is strikingly consonant with Newlyn’s work as a literary critic. Her first book, Coleridge, Wordsworth and the Language of Allusion (1986) contains one of the most powerful accounts of the shadow the two great Romantic poets cast over each other’s careers. They spent the Summer of 1797 living not far from one another. The following year was one of extraordinary creativity for both of them. Wordsworth rethought his ideas about nature and its role in the shaping of his mind; and Coleridge wrote the three supernatural poems for which he is still best remembered, ‘Kubla Khan’, the ‘Rime of the Ancyent Marinere’ and the first part of ‘Christabel’. Both men remained convinced of the importance of that summer for decades to come. Each felt he had been created anew by the other. They were acutely aware that they had set off parallel and far-reaching processes of change in one another and for the rest of their lives their loyalty to one another – tested though it often was – was based on loyalty to the transformations of that summer. But what was it they had experienced then? This, in Newlyn’s view, becomes the question animating their poetic careers. Her most recent book, William and Dorothy Wordsworth: ‘All in Each Other’ (2013) describes, among other things, William’s determination to understand his sister by retracing her steps during the years in which she was lost to him, when they were fostered by different relatives following their parents’ deaths. William was getting a glimpse of something he would never know entirely but which mattered because Dorothy mattered.

Diary of a Bipolar Explorer is a quirky, original and beautifully-written book that deserves a wide readership. Its account of day-to-day life with bipolar disorder will resonate with many sufferers and their friends. And its detailed and highly realistic account of an attempt to use poetry to manage a major mental health condition should be required reading for anyone working in the arts and mental health.