This week’s blog post comes from Kesavan Rajasekharan Nayar from the Global Institute of Public Health in Thiruvananthapuram and his co-workers. The blog succinctly presents the case of waste accumulation and its public health implications in Kerala, which is one of the most developed states of India. They point out that the public health implications of the huge quantum of waste generation could engender epidemics in the state and conclude that the state has a huge responsibility to intervene in waste management instead of transferring such responsibilities to individual households which can lead to unsustainable and environmentally harmful practices. 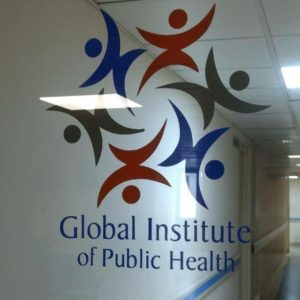 Wastes are inevitable in all human societies. However, unsustainable wastes are generated in excessively consumerist societies and industrialized contexts. In the late 60s and 70s, the United States experienced the huge problem of handling urban, industrial and household wastes which led to a re-thinking of existing market mechanisms. The problem of waste generation, accumulation and disposal was acute during the industrial revolution when wastes and filth were accumulating in the industrial towns of England. The consequences of such waste accumulation were disastrous, resulting in the outbreak of diseases and pestilence including plague and cholera epidemics now well-recorded in history. In his seminal work on the history of public health George Rosen documents the extremely poor condition of towns in England during the industrial revolution. The disease and pestilence that assumed epidemic proportions were attributed to waste accumulation and due to what was called ‘miasma’ – the gaseous emissions and the foul smell from the heaps of waste. That was a period when the germ theory of disease causation had not been established and such attributions for disease causation were widespread. Outbreak of plague and cholera and the massive mortality due to these diseases led to public outcry in England and widespread reforms. The person behind the change of strategy was Edwin Chadwick, a social reformer who showed that the misery of the poor was not due to their intrinsic social character but due to certain modifiable external factors. He produced empirical evidence especially linking sanitation with the high mortality rates in nineteenth-century England. The sanitary reforms which were initiated by the state with enactments and strict adherence to public health laws helped to clean up cities and restore civic amenities.

A public health crisis of similar magnitude happened in 1994 in Surat in the form of a plague epidemic which again showed that the state, with the help of its own machineries and public participation, could redeem the situation although initially doctors and public health workers ran away from the city during the epidemic. We learned from such historical lessons that the State has a fundamental responsibility to its citizens.

The waste accumulation in Kerala at the moment may not be as explosive as that of 19th century England or that of Surat but it is beyond sustainable limits and could be a dangerous source of epidemics in the future. Kerala is already witnessing tremendous stress on its health services due to a number of factors such as: the emerging disease scenario where non-communicable diseases co-exist with communicable diseases including fevers; possible impacts due to increased use of pesticides in farms and use of pesticide-laden vegetables and fruits; new preferences for health care at different environmental and socio-demographic levels; inward migration of labour, etc. All these factors need to be debated, understood and documented for future policy directions regarding health and health services.

Waste management, one of the most serious factors which could engender epidemics in the near future and could lead to major public health crises is also mired in a profit-oriented marketing model where companies sell their products and technology for waste disposal and treatment. The state thus conveniently sheds its responsibility to the citizens. But any political party which considers welfare of the people as their prime goal cannot simply ignore this issue.

According to past estimates, Kerala produces about 6000 tones of waste in a day, which is a challenging scenario. The public health implications of such a huge quantum of waste generation is disastrous for a state which has one of the highest densities of population in the country. Available estimates show that Alappuzha produces the highest quantity of Municipal Solid Wastes in the state followed by Palakkad, although Alappuzha has found ways to manage its waste to some extent. Domestic sources contribute the maximum solid wastes, followed by hotels and restaurants, street sweepings and commercial establishments. Compostable organics constitute the major portion of the total wastes produced in the state. The production of waste is highest in panchayats (village council areas), which shows that it is difficult to differentiate between urban and rural areas in Kerala. The whole of Kerala is one urban context. Against this backdrop, only a prudent state-led waste management enterprise can solve the problem. It will help in reducing the current wide-spread practice of burning the waste, including plastics, which can be observed along the roads at night throughout the state. The environmental impact of such burning could be disastrous.

The responsibility of managing waste cannot simply be transferred to individual households. It can only lead to unsustainable and environmentally harmful practices, such as burning and dumping on public places. Already several canals and drains are choked with such dumped wastes and plastics. The State has a responsibility to intervene in waste management and only such an intervention as was done during nineteenth-century England or twentieth-century Surat can save the state from massive epidemics and even cancers due to burning of plastics. The cost of such diseases to the society will be much more than cost-effective waste management. The accumulation of wastes is an added problem which leads to the outbreak of several newer diseases in the state. The proliferation of street dogs and the recent tragic episodes are also attributed to public dumping of wastes, especially household and hotel wastes and meat products. It cannot be a knee-jerk reaction, but we need a sustainable and long-term vision with a public health and managerial strategy to address this problem. Concomitantly, a socio-behavioural approach is also needed to handle this serious hazard. The state cannot just wither away from such a responsibility.