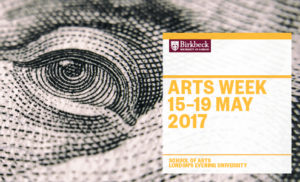 Sue Wiseman, Professor of Seventeenth Century Literature at Birkbeck University of London, is organising an event entitled “Stories From the Birthing Room” during Birkbeck’s annual Arts Week. Here she discusses the event and some of the issues that she hopes will be open for discussion.

‘I wil not use any kind of sorcery or incantation at the time of travail [labour] of any woman; and .. .I will not destroy the child born of any woman, nor cut, nor pull off the head therof or otherwise dismember or hurt the same’ (Evenden, 2000, appendix A). This was the oath sworn by Eleanor Paed in sixteenth century Canterbury and, notwithstanding the scenes of carnage conjured here, she was a woman’s friend in time of trouble – a midwife. What do texts like these begin to tell us about the early modern birthing room? “Stories From the Birthing Room” combines a seminar and scripted performance to analyse what we can learn when we combine law, myth, life-narrative and theatre as they disclose what was at stake in birth.

A woman’s lying-in was a complex time in early modern England. It was both a time of ritual and celebration and, potentially, a time at which soci0-economic ruptures and tensions could be made discomfortingly, even murderously, real. Perhaps paradoxically, given that it was expected to be a time of sequestration and secrecy (some midwives’ contracts specified secrecy from men), the lying-in process also generated a plethora of complex meanings. From the knives that might be used to cut the woman, or to cut free a dead foetus, to the midwife or to any appearance of a man, most presences in the birthing room were imbued with significance, uncertainty, and often conflict. Accordingly, what happens in the secrecy of the birthing room has left a large textual corpus.

For many years scholarship was, in many ways, dominated by the single issue of men versus women as controllers of birth. This debate focussed on the gradual masculine takeover of the birthing chamber in the eighteenth century. At first it was shaped by scholars’ “uncritical acceptance” of the self-interestedly negative image of midwives presented by the men who superseded their authority, and then characterised by scholarship vigorously and effectively challenging that account (2000, p. 1). The past two decades have seen a shift in interests with more research focussing on the seventeenth century and earlier, and a welcome diversification of topics and approaches. For example, Doreen Evenden has made a detailed study of the licensing of London midwives and tracked many of their lives and, setting the lying-in chamber in the context of court testimony, Laura Gowing has illuminated what was at stake in that room and how economic and legal forces, as well as powerful feelings, shaped women’s relationships to each other (Evenden, 2000; Gowing, 2003). Thus, it is clear that some of the information that discloses men’s rise to power over both birth and the way it was recorded in writing can tell us about other aspects of society too, and that we can also use fresh sources and begin to consider togther texts scholars usually divide up along disciplinary boundaries – such as strictly medical, legal texts, theatre texts, and case notes.

‘Stories From the Birthing Room’ starts with the all-female space of the chamber of birth to show afresh the many ways it radiated significance in early modern England. Putting beside each other texts from very distinct spheres of writing – legal, theatrical and medical – we hope to show the power of women’s secrets to generate revealing responses in many kinds of writing. At the same time, the seventeenth century is not well served by resources on the birthing room and we will make these some of these stories lastingly available to a wider audience by dramatizing and filming them.

The event’s hypothesis is that uniting the archives and approaches usually used by social historians, historians of medicine, literary scholars and practice-led theatre researchers would be likely to extend our sense of the ways the stories of lying in were told and potentially point to new approaches. So, we open with a seminar held by London Renaissance Seminar at which Dr Leah Astbury will discuss preparations for birth. Dr Adrian Wilson, following up his path-breaking work on women and obstetrics, turns his attention to birth and myth, exploring the myths surrounding the Caesarian section of Jane Seymour, mother of Henry VIII’s male heir – who died soon after his birth. Dr Isabel Davis asks about the medical and political implications of Mary Tudor’s expected, celebrated, but never delivered, infant. The second part of the event brings together texts from the courtroom, case history and theatre chosen by scholars in different disciplines. Thus, building on her research in Common Bodies Professor Laura Gowing has chosen texts from case papers and legal testimony. Dr Isabel Davies, drawing on her work on conception which involves both pre-modern texts and collaboration with artist, Anna Burel, speaks on legal and religio-politcal texts on Mary’s pregnancy. Susan Wiseman, exploring the elite and the non-elite in seventeenth-century England, selects texts from case notes that in telling birth narratives shape a life-story for women whose lives are rarely written – the vagrant, the disabled, the domestically abused. Crucially, Dr Emma Whipday, playwright, theatre director and academic, has brought together her roles by selecting theatre texts that tell, but also question, the scene of birth.

Considering together legal, theatrical and ‘medical’ texts generates both findings and questions. For example, if we see theatre, court and case history together it is immediately clear that voice was important, and often authoritative, in seventeenth-century oral-literate culture. Eleanor Paed’s oath was both oral and textual, acknowledging the diverse literacies present, but it was not part of a residual culture in being heard. Rather, it was part of a culture simultaneously spoken and written; though it can be approached diachronically as shifting in balance towards the prioritisation of the written, it is also the case that the definitive shift took place in the eighteenth century. As Adam Fox puts it, in sixteenth- and seventeenth-century England “the three media of speech, script and print infused and interacted with each other in a myriad ways” (Fox, 2000, 5). In the texts we explore, women’s voices appear in the trial testimony, yet of course they are changed by the process of recording; in seeing women’s agency in such testimony how should we balance the fact that they record public testimony actively made against masculine and institutional shaping? How should we understand female voices on the stage? In what ways, if any, should we hear the voicing of women’s experience by a female playwright as distinct from the male playwright’s texts about lying-in? If, in the astrological notebooks and case notes on troubled people of practitioner Richard Napier’s, women outnumber men and many of these were suffering problems that sprang from lying-in, how far can we consider ourselves having access to the thoughts of the poorer women of Buckinghamshire and Northamptonshire who told him their stories of “dangerous labours” (MacDonald, 1981 38)?

Thus, in an exchange we will hear during Emma Whipday’s performance, in Margaret Cavendish’s play The Convent of Pleasure (1668) a character asks if a midwife has come to attend her lady. She hasn’t because “she cannot come, for she hath been with a Lady that hath been in strong labour these three days of a dead child, and ’tis thought she cannot be delivered”. However, when the midwife suddenly does arrive it is because the earlier woman “could not be delivered, and so she died”. “Pray tell not our Lady so”, replies the first “for, the very fright of not being able to bring forth a Child will kill her”. (Cavendish, 1668, scene ix). Such material presents a scenario strikingly similar to that found in legal papers when birth goes wrong, in case notes and apparently in women’s testimony. It has the strong appearance of being a record of speech, yet, of course, it is a prescription for speech – a play (although, in fact, a play we think was not performed at the time of its composition and publication). So, as we see, seventeenth-century England was not operating with a sense of an original ‘voice’; if plays and case records don’t give us access to an unmediated subject that is something they share with other texts of the period, yet, at the same time, in many cases it is a female voice that has been heard or imagined, in a public situation.

While if we ask which text – play, oath, ballad or case note – gives greatest access to the lying-in room, we can give no definitive answer; they tell us different things – and often ones which exist in contradiction. Yet, putting together a range of sources is likely to tell us much more than looking at a single kind of text.