The contribution of the medium of comics (referred to in the plural to denote both the physical printed object and the attendant philosophy) to medical discourse has begun, over the past few of years, to be explored by academics interested in illness narrative, patient experience and healthcare education. Autobiographical comics and graphic novels authored by artists who have experienced trauma or illness can be rich sources of patient narrative, opening a window into the world of others’ suffering or healthcare experience.

A successful international conference in London last year was followed up a couple of months ago by one in Chicago. Both conferences were reported in the international press and reports received were of a buzzing assembly of healthcare professionals, comics artists and humanities scholars, excited at the prospect of some interdisciplinary collaboration. Maintaining the momentum of interest, Ian Williams, Maria Vaccarella and Columba Quigley, who headed the London conference, are planning a one day convention in Leeds on November the 17th as part of the Thought Bubble Comics Forum conference and expo. Entitled Graphic Medicine: Visualising the Stigma of Illness the meeting will feature sixteen speakers drawn from both academia, healthcare and comic art. Keynote speaker Darryl Cunningham has garnered considerable acclaim for his graphic novel Psychiatric Tales, which tells of both his experience as a trainee psychiatric nurse and as a patient, having suffered a breakdown due to the stress of his work. Other speakers include Brick, author of Depresso (Knockabout), Sarah Leavitt, author of Tangles (Jonathan Cape) and MK Czerwiec, aka Comic Nurse, who lead the organisation of the Chicago conference.

Details can be found on

Registration for the conference, which will be held at the Henry Moore Institute, in central Leeds is now open. A one day ticket is a snip at £10 and is open to healthcare professionals, humanities scholars and anyone with an interest in comics, graphic novels and narrative.

For more information on comics and medicine see www.graphicmedicine.org 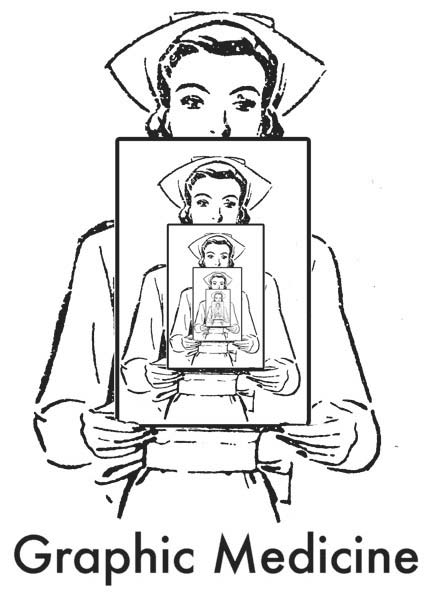