Enjoyed our last two tweet chats? We did, so we’ve organised another!

It will be on Wednesday 19th November at 3pm GMT, do join us, all are welcome.

Follow us on @EBMentalHealth and use #EBMHchat to join in. 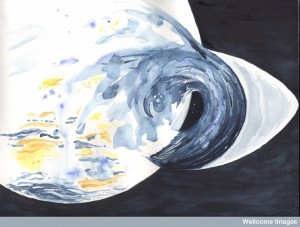 Bipolar disorder is a potentially lifelong and disabling condition characterised by episodes of mania  (abnormally elevated mood or irritability and related symptoms with severe functional impairment or psychotic symptoms for 7 days or more) or hypomania (abnormally elevated mood or irritability and related symptoms with decreased or increased function for 4 days or more) and episodes of depressed mood. It is often comorbid with other disorders such as anxiety disorders, substance misuse, personality disorders and attention deficit hyperactivity disorder (ADHD). The peak age of onset is 15–19 years, and there is often a substantial delay between onset and first contact with mental health services. The lifetime prevalence of bipolar I disorder (mania and depression) is estimated at 1% of the adult population, and bipolar II disorder (hypomania and depression) affects approximately 0.4% of adults. Bipolar disorder in children under 12 years is very rare.

Bipolar disorder is among the top causes of worldwide disability. The depressive symptoms are now recognised to be the predominant cause of personal, social and functional impairment in the long term for most people with bipolar disorder. Prior to 1999, the treatment of bipolar depression had been little studied and there was uncertainty about the treatment of this phase of the disorder. In the past, bipolar depression was lumped in with unipolar depression, but a growing body of research suggests that there are significant differences between the two, especially when it comes to recommended treatments. Most people with bipolar depression are not helped by antidepressants. In fact, there is a risk that antidepressants can make bipolar disorder worse—triggering mania or hypomania, causing rapid cycling between mood states, or interfering with other mood stabilizing drugs.

Common symptoms of bipolar depression include:

During this tweet chat, Professor Trevor Young will answer your questions about the main clinical issues that mental health professionals, patients and carers face when dealing with bipolar depression. In preparation of the chat, we suggest to read two of the most recent guidelines on the matter (see below). Our discussion will start from there.

For the general public – more info about bipolar disorder:
http://www.nhs.uk/Conditions/Bipolar-disorder/Pages/Introduction.aspx

If you would like to pre-submit a  question for Trevor and EBMH for the  tweet chat, do send it by  either direct  messaging @EBMentalHealth using  #EBMHchat on Twitter or on the  EBMH  Facebook page:  /Evidence.Based.Mental.Health or  below this blog, in the comments section.

When it comes to the tweet chat, we suggest you use tchat.io. This is a specific site used for tweet chats as it cuts out all the other distractions on Twitter. Log into tchat.io using your Twitter details, then type #EBMHchat into the search bar. This pulls up all the tweets using the hashtag. You can tweet from here and it will automatically add the correct hashtag at the end of each tweet for those overexcited tweeps!

Image credit: Susan Lockhart, Wellcome Images. The painting attempts to illustrate two extreme mood phases of Bipolar Disorder, which may be cyclical and is shown here by an eye. On the right hand side of the picture, the eye (iris and pupil) against a dark background resembles a low level of energy and depression. The left side of the picture in contrast, illustrates the opposing mood of elation and high energy level by means of a wave breaking on a sunny beach. February 2011.

Antipsychotic use in pregnancy and risk of attention/deficit-hyperactivity disorder and autism spectrum disorder: a Nordic cohort study

Serum folate deficiency and the risks of dementia and all-cause mortality: a national study of old age

Data sharing in the age of predictive psychiatry: an adolescent perspective