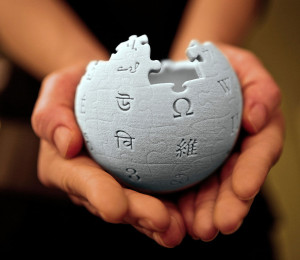 The theme of this year’s Open Access week is Open for Collaboration, with the aim of highlighting “the ways in which collaboration both inspires and advances the Open Access movement”. Recently BMJ Open published an article by Samy Azer and colleagues investigating whether articles in Wikipedia relating to cardiovascular disease were accurate enough to function as a suitable learning resource for medical students. The conclusions point to the limitations of Wikipedia, making us wonder, “How can scientists, editors, and non-expert readers work together to improve our open knowledge resources?”

One of the key advantages of Open Access is that it enables an endless opportunity to collaborate. Openly available knowledge that can be connected via hyperlinks means that all participants in the Open Access community are free to work together to create a richer, more meaningful information landscape. One of the great achievements of the connected, online environment is, of course, Wikipedia. Currently the seventh most visited site on the internet, Wikipedia makes knowledge previously only available to those with the means to purchase it, available to anyone with an internet connection. But what is perhaps even more revolutionary is that the articles are not necessarily written by experts, but by anyone who has the desire to participate in the project. Known as Wikipedians, they are the driving force, and they strive to make Wikipedia more accurate, consistent, and complete.

When considering Open Access collaboration, the origins of Wikipedia are noteworthy. Before Wikipedia, there was Nupedia–an abandoned project involving the founders of Wikipedia, Jimmy Wales and Larry Sanger, with Sanger acting as Editor-in-Chief. Like Wikipedia, the knowledge in Nupedia was openly available, but unlike Wikipedia, the knowledge was written by experts and underwent peer review prior to publication. In fact, the seven-stage editorial process of Nupedia closely resembles that used in BMJ Open and other scientific journals, with peer review as a crucial element:

Ultimately, the strict control over quality made Nupedia unsustainable. Authors and reviewers often reached an impasse, and only a small number of articles were ever published. It did, however, blaze the trail for Wikipedia. Initially viewed by experts as unreliable, it was not long before there was evidence indicating that the accuracy of information in Wikipedia was as trustworthy as that in traditional encyclopedias.

Putting it all together

The evidence, however, also reveals the limits of Wikipedia. The study by Azer et al, for example, demonstrates that while Wikipedia presents an accurate overall picture of cardiovascular diseases, more detailed information, such as the pathophysiology, signs and symptoms, diagnostic approach, and treatment, are incomplete. Similar conclusions have been reached in studies investigating content on pathology, osteosarcoma, and drugs. Many caution that Wikipedia should not be used as a substitute for peer-reviewed material written by subject matter experts. These finding are, of course, not surprising. For a broad overview–or as a way to settle family disputes–Wikipedia is brilliant, but as a resource for expert medical knowledge, readers need to be more critical.

Despite the limitations, Wikipedia should not be sold short. Wikipedia offers a number of advantages over traditional learning resources, such as textbooks, because it enables self-directed learning and active engagement with knowledge–critical skills in today’s digitized world. For someone new to an area of study, Wikipedia is the perfect entry point.

So how can we put it all together?

We can’t expect Wikipedians to do everything. Instead, it is important for all of us–scientists, journal publishers, and readers–to collaborate. Experts–and particularly authors–should ensure that when work that is close to them is cited in Wikipedia, it is discussed accurately–and if it’s not, then they have a responsibility to edit it (and are free to do so). Similarly, non-experts whose interest is sparked by an entry in Wikipedia should have the opportunity to read the primary material, ideally in a source that is Open Access. For all parties involved, we must accept that knowledge will always be a work in progress and that what we can achieve through open collaboration is much more than we could achieve alone.

What should be measured? Nursing education institutions performance: a qualitative study