Drowning is the third leading cause of death by unintentional injury, killing an estimated 360,000 a year globally, the majority of whom are children. In particular, drowning presents a significant risk in low-and-middle income countries (LMICs) where 90% of drowning deaths occur. The majority of LMICs have no national waters safety plan, or even mention drowning as an issue in policy. Why aren’t policy makers in LMICs following suit given their higher burden?

Lack of data on drowning burden

A major barrier to action in LMICs is the lack of data on the scale of drowning. Part of the problem resides in the tracking of deaths caused by drowning – in many LMICs, drowning deaths in particularly rural areas are unlikely to be reported due to distance from hospitals or law enforcement.

A lack of routine data from health or police data sources means that researchers must use resource-intensive methods such as household surveys to estimate burden. Because estimates for the prevalence of drowning vary greatly, a low prevalence must be assumed leading to a large sample size. Although new low-resource approaches to mortality data collection such as the Community Knowledge Approach have been developed for health-related surveys, they have yet to be applied to injury. These challenges have meant that there is dearth of drowning data from LMICs.

Public outcry, media attention and stakeholder interest are key influencers of policy as per the SPIRIT Framework. However, although drowning is an issue that disproportionately affects children, it does not appear to be inciting great urgency. This lack of concern may stem from local superstitions that deem the ‘accident’ of drowning as the ‘will of God’, rather than a problem that can be solved systematically. Additionally, media coverage of drowning is scarce, perhaps because the problem mostly affects people of lower socio-economic status living in rural communities who are less likely to be represented.

Overall, little international attention has been given to drowning from international health bodies. The World Health Organization released a report in 2014 detailing the problem of drowning and possible solutions, but little traction has occurred since. While the reduction of preventable deaths of under-5-year-old children is a target under Sustainable Development Goal 3, drowning has not been discussed as the major contributor it is. This lack of acknowledgement from the UN shifts focus of decision makers away from drowning.

Lower levels of attention to drowning within both academia and among funders and government bodies has meant that there is a dearth of evidence on the effectiveness of drowning reduction programs. There is also limited research on how these programs should best be implemented and scaled. The World Health Organisation’s report on drowning provided suggestions for possible programs, but many of them, such as the provision of barriers to prevent children from wandering away from home, require further evidence to demonstrate their cost-effectiveness and scalability required by policy makers.

What can be done?

A concerted effort is required to understand the burden of drowning in LMICs and implement actions to reduce drowning. To bring drowning to the policy agenda of high-risk regions, we need to collect data to demonstrate the problem, demonstrate possible solutions, and build public awareness.

One strategy that advocates can take is focusing on drowning as a part of climate change and disaster management. Climate change mitigation is currently a hot topic for policy makers as LMICs rush to protect themselves from increasingly hostile environmental conditions. Some approaches that reduce drowning deaths during disasters also protect people from the risks of drowning, such as first aid, swim and rescue skills training, and flood prevention infrastructure. Advocating for these interventions to be included in policy on the basis of climate change risk mitigation may be effective in reducing drowning.

Another development focus area that can be leveraged is water, sanitation and hygiene (WASH). There is increasing effort in many LMICs to provide access to safe and durable water facilities. As a major risk factor to drowning is poor infrastructure, there is evidence to suggest that improving WASH conditions in communities may lead to a reduction in drowning, such as by providing homes with connection to piped water.

We have an responsibility to bring drowning to the forefront to save the lives of thousands. By working with community and policy-level stakeholders and thinking strategically, we can bring drowning onto the policy agenda around the world in the next 5 years. 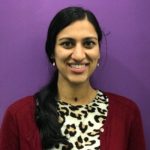 Medhavi Gupta is a PhD student at the George Institute for Global Health, conducting research on drowning prevention in India and Bangladesh.

I have read and understood BMJ policy on declaration of interests and declare that I am involved in research on drowning prevention in LMICs, funded by the Royal National Lifeboat Institution. I have no other relevant conflicts of interests to declare.