As countries introduce policy measures to respond to the growing epidemic of noncommunicable diseases (NCDs), one policy intervention that is becoming increasingly popular is excise tax imposed on harmful products such as tobacco and alcohol – popularly known as ‘sin tax’1. This form of tax serves a dual purpose: reducing consumption of unhealthy products and generating additional sources of government revenue. Contrary to the perception that sin taxes are regressive, such taxes have been shown to have an equity-enhancing effect2, especially when earmarked for health, such as for health promotion in Thailand3 and universal health coverage (UHC) in the Philippines4.

With recent calls to rename NCDs as a ‘socially-transmitted disease’5 and to shift the discourse away from individual responsibility to the commercial determinants of health6, concerns have been expressed especially in social media about the use of the term ‘sin’ in sin tax. Some have questioned the victim-blaming tone of the term, when consumers often have little or no control over their use of these products. Meanwhile, supporters of the term have argued that ‘sin’ does not pertain to the consumers but to the products themselves (as in ‘sinful products’).

It cannot be denied that the phrase has already penetrated global and domestic health policy discussions, and in certain contexts, its use has led to some policy success. For instance, the term sin tax worked in our home country, Philippines, a developing country still heavily influenced by the Catholic Church. Evoking emotions such as fear, regret, and repentance, the ‘sin’ metaphor was effective in generating religious, political, and public support for taxing tobacco and alcohol. As a result of sin taxes, smoking prevalence declined from 30% in 2011 to 25% in 2015, and an additional USD3.9 billion was generated, tripling the Department of Health’s budget during the same period7. Meanwhile, despite being largely secular societies, other countries such as Thailand, Singapore, the United Kingdom and United States also use the term in their public health discourse, primarily driven by media.

While problem framing indeed matters in health policy, a pragmatic approach would be to focus on the actual policy rather than dwell on the terminology, especially since the term ‘sin tax’ continues to gain traction globally. However, it should be clear to the public health community that the culprit is not the consumer but the industry. The tobacco and alcohol industries do not only introduce such unhealthy products, but also encourage prolonged and unrestrained consumption through a diverse range of tactics such as advertising, lobbying, and philanthropy, among others.8 The uninhibited use of these products ultimately leads to disease, disability, and death.

If greater clarity is to be achieved, ‘sin tax’ should be more accurately called ‘corporate sin tax.’ Other potential options include ‘health damage tax’ or ‘commercial disease tax.’ Meanwhile, neutral terms such as STAX (sugar, tobacco, and alcohol tax)9 or the economic term ‘excise tax’ may be safer, more technical alternatives, though they might not elicit the same level of attention encouraged by ‘sin tax.’

Taxation is a powerful and effective instrument in the evolving public health toolkit against NCDs. Despite concerns about framing, the term ‘sin tax’ – and the policy it embodies – are here to stay. The phrase may not need changing, and the health community must not be distracted from the ultimate goal of policy creation and implementation. However, it must be clear that it is not the consumer but the commercial drivers, particularly the harmful industries, that commit the grave sin. 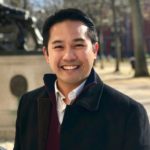 Renzo R. Guinto (@RenzoGuinto) is a Filipino physician working at the nexus of global health and sustainable development. He is currently a Doctor of Public Health candidate at the Harvard T.H. Chan School of Public Health and Chief Planetary Doctor of PH Lab, a “glo-cal think-and-do tank” for generating innovative solutions to planetary health challenges. 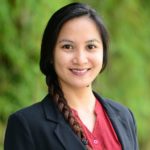 Gianna Gayle Amul (@giannagayle) is a PhD student (Global Health track) at the University of Geneva’s Institute of Global Health. She is also currently a Research Associate on Global Health Policy at the Lee Kuan Yew School of Public Policy. Previously, she was Senior Analyst at the Centre for Non-Traditional Security Studies in the S. Rajaratnam School of International Studies, Nanyang Technological University.

We have read and understood the BMJ Group Conflicts of Interest policy and declare that we have no conflicts of interests to declare.

The global return on investment from preventing and treating adolescent mental disorders and suicide: a modelling study

Pandemic inequity in a megacity: a multilevel analysis of individual, community and healthcare vulnerability risks for COVID-19 mortality in Jakarta, Indonesia

What India can learn from globally successful malaria elimination programmes