Just over a month ago, one of the most critical health events of the year took place in Astana, Kazakhstan. The Global Conference on Primary Health Care (AA40) marked the 40th anniversary of the Declaration of Alma Ata (1978), a visionary document that articulated a path forward towards health equity grounded in primary health care (PHC).

During the recent anniversary event, the global health and political community came together to recommit to PHC as the foundation and driver of achieving universal health coverage (UHC) and “leaving no one behind.”

The lead partners of AA40, WHO, UNICEF, and the Government of Kazakhstan united to organize one of the largest youth forums leading up to a high-level health conference to date. There was specific attention placed on meaningful youth engagement during this 2-day event, the lead up to the UN General Assembly on UHC 2019, and onwards. In total, 130 young receivers and drivers of PHC from over 50 countries were supported to attend a 1-day pre-conference event (in addition to the main conference). This event created a space for young people to collaborate, engage with one another, and hear from some of the leaders from the World Health Organization (WHO), UNICEF, Government of Kazakhstan and more. In addition to this one-day pre-conference, panels throughout the event also included youth. Additionally, it was astounding to hear how many of the speakers directly spoke to the vitality of including youth in the PHC agenda as a “must”. We understand that the consultation for the new declaration was the most extensive for this type of process and included many youth groups and individuals from around the world. These efforts represented a significant interest in integrating and intentionally including youth in the global conference, and in principle, the primary health care agenda going forward.

However, what remains paradoxical in light of the investment for youth to be at this event is the erasure of youth from the  final declaration that was accepted by the Member States. There is no mention, reference or naming of youth, young people, students, young professionals (or the like) in this document. Earlier drafts included youth named in the document as cited as being essential contributors to achieving PHC. Additionally, the earlier draft also named youth organizations as key stakeholders in operationalizing the declaration.

Notably, the accepted Astana Declaration does still include stakeholders explicitly named including “health professionals, academic, patients, civil society, local and international partners, agencies and funds, the private sector, faith-based organizations and others” (WHO, p. 10). When we compare the lists, it appears as though the only distinct stakeholder left out of this list between the draft and the final declarations is, you guess it: youth organizations.

While it could be assumed that youth are implicitly included in this list, history has demonstrated time and time again that implicitness does not suffice for groups who have been historically excluded or underrepresented from decision-making processes. One could argue that many of the stakeholders’ named could have been implicitly represented by merely naming civil society, partners, and governments of all levels.

As nearly half of the world’s population, youth need to be named in every document where stakeholders are named. We are both drivers and recipients of primary health care. Additionally, youth of today will be the ones implementing and leading the operationalization of this new declaration for decades to come.

Youth cannot continue only to be included in principle, during events and consultation processes, but we must also be named on paper and in policy.

The theme of today, is to “Unite for Universal Health Coverage: Now is the Time for Collective Action”. We invite all those committing to UHC around the world to also commit to youth being intentionally and consistently involved in that collective action that UHC requires. 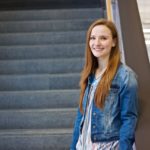 Paisly Symenuk is a registered nurse (RN) from Canada and a graduate student at the University of British Columbia (UBC) studying in a dual-degree program leading to a Master of Science in Nursing (MSN) and Master of Public Health (MPH). She is also the current President of the Global Association of Student and Novice Nurses (GASNN). 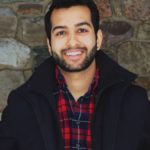 Arush Lal is a Master’s student in Health Policy, Planning and Financing at the London School of Hygiene and Tropical Medicine and the London School of Economics. He is a Gates Foundation Goalkeeper and Primary Health Care Young Leader, and on the Board of Directors for Women in Global Health.

Competing interests: We were part of a youth delegation that were supported by UNICEF and WHO to attend and participate in the Primary Health Care Conference in Astana, Kazakhstan. We have read and understand the BMJ Group policy on declaration of interests and confirm we have no other conflicts of interests to declare.

Face mask mandates and risk compensation: an analysis of mobility data during the COVID-19 pandemic in Bangladesh