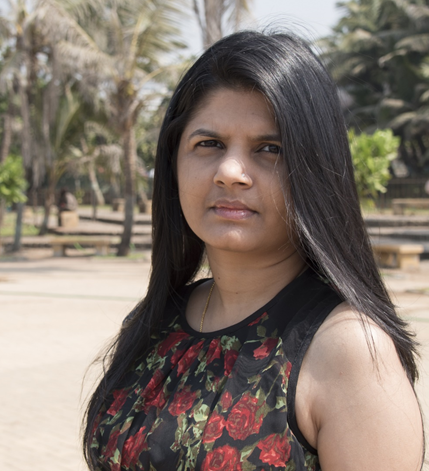 When the Government of India in its National Tuberculosis Strategic Plan 2017-2022 announced that tuberculosis (TB) patients would be provided direct economic benefits while on treatment, I was overjoyed. I have seen up close and upfront how TB affects a family’s economic status. I am a multi-drug resistant (MDR) TB survivor. My six-year ordeal towards a TB-free life had put me and my family in a debt of close to 20,00,000 INR (US$30,000). We borrowed from everyone and sold whatever there was. By the time I was cured my family looked at close to a decade of debt repayments. Our lives went haywire.

This is not just my story. Over the years, numerous survivors who I have met or known, especially those with limited financial means, have similar tales – some worse than mine. In my journey to fight TB, I had even heard stories of families being torn apart and forced to live separately for economic reasons, precipitated by TB.

I was treated in the private sector but even with free medicines in the public sector, TB is an economic challenge. Travelling to a DOTS centre needs money and the consequent loss of income due to TB is a major source of financial hardship. Any TB survivor will tell you that fighting TB requires more than diagnosis and treatment. It requires nutritious food and clean living environments. Hence, the government’s scheme to provide economic benefits is indeed a step in the right direction. However, recently a news article revealed that the implementation of the direct economic benefits plan is being delayed. There is a growing fear that it may be delayed or worse not sufficiently funded. Some argued it might be scrapped altogether.

With TB killing one Indian every minute, why can we not get even the basic sustenance to fight this disease? With these concerns in mind, on November 1, 2017, a group of TB survivors (including myself) called Survivors Against TB wrote to Shri JP Nadda, Union Minister of Health & Family Welfare, Government of India, enquiring about the status of the scheme, and offered suggestions on how it could be improved and requesting an expedited implementation. Our concerns are simple. When will this programme be implemented? When will the recipients get the final payments? We also suggested the programme needs to be evaluated from the patient perspective. Because if it doesn’t work for patients, it just doesn’t work.

While we await the government’s response, we are hopeful that our questions shall not remain unanswered. Our government regularly states its intention to eliminate TB by 2025. Yet how is this possible if we do not address its determinants? How do we eliminate TB without addressing the poverty and unemployment it brings along with it?

Those who survived TB know, that each passing day pushes a new family into poverty due to TB. When I was affected by TB even my middle class family could not survive its economic costs. Imagine the lives of those who live on daily wages and cannot work!

If the government is serious about eliminating TB as it often claims, it should not treat this as just another scheme. Give us clear deadlines, and answers. Make this programme truly patient-centric. For the first time in decades we have the opportunity to ensure that TB-affected families do not become poorer due to loss in livelihood or health expenses. Let’s not delay, digress or deny those who are affected by TB the economic benefits they were promised.

About the author: Deepti Chavan is a multi-drug resistant TB survivor and now actively works towards creating awareness about TB prevention so that others do not suffer the way she did. She regularly counsels people with TB and speaks about her experiences on radio, print and TV to inspire patients to keep fighting.

Competing interests: Deepti Chavan is a member of Survivors Against TB, a community led movement, aimed at strengthening India’s fight against TB. I have read and understood the BMJ Group policy on declaration of interests and confirm that this is an unpaid officership of advocacy. There are no other conflicts of interests to declare.

Parliaments lead the change for womens, childrens and adolescents health: what have we learnt?