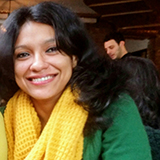 The adoption of Sustainable Development Goals (SDG’s) in 2015 marked a shift in the global development agenda from the earlier Millennium Development Goals (MDGs) era. SDGs are particularly important for the health sector, since they reaffirm the premise of the Alma Ata declaration that health cannot exist in isolation. SDG’s intrinsically link health with actions in several sectors outside healthcare. As a country which missed several of its MDG targets, the SDGs reflect a new set of challenges for India.

At the 2015 United Nations summit, India’s Prime Minister Narendra Modi said that the “Sustainable development of one-sixth of humanity will be of great consequence to the world and our beautiful planet,” while reiterating his confidence that they will be reached. But how well does India’s latest National Health Policy (NHP 2017) released last month, align with the health related SDG’s?

To its credit, the policy, at the outset, recognises the SDG’s to be of “pivotal importance” and has identified seven priority areas outside the health sector which can have an impact on preventing and promoting health. In the section on urban health policy, the NHP calls for “achieving convergence among the wider determinants of health.” The NHP has identified the following determinants specifically: “air pollution, better solid waste management, water quality, occupational safety, road safety, housing, vector control, and reduction of violence and urban stress.” The policy links this with the government’s focus on “smart cities,” seemingly in tandem with SDG 11. This is commendable. But the omission of other traditional determinants of health that are intrinsically linked to other SDG goals of reducing poverty, hunger, promoting quality education, gender equality, and reducing inequalities (SDG 1,2,4-6,10) is surprising.

In its national programmes on maternal and child health, the policy “seeks to address the social determinants through developmental action in all sectors.” It further says that “research on social determinants of health” will be promoted, combining this with “neglected health issues such as disability and transgender health.” It touches on Panchayati raj institutions “to play an enhanced role at different levels for health governance, including the social determinants of health.” In highlighting the need for “an empowered public health cadre,” the NHP explains they need to “to address social determinants of health effectively, by enforcing regulatory provisions.” And while this is not explicitly mentioned as a determinant in the NHP the insertion of gender based violence in national programs, and the call for increased sensitization of health systems to provide care “free and with dignity in the public and private sector,” is another welcome sign. But in its entirety, these issues that are outside of the healthcare sector are reduced to mere mentions, with very little clarity on policy direction or funding. This merits some concern, considering that the NHP in itself, even outside the realm of SDGs, has outlined equity as a key principle.

In transitioning from MDGs to SDGs, the mention of health was reduced from three goals to only one, seemingly in recognition of the need for concerted policies in tandem with related fields in order for them to have a lasting impact on population health. It would have been refreshing if India’s NHP had categorically specified frameworks for integrated action in non-health related SDG’s such as those focused on poverty, hunger, education, gender equality, clean water, and sanitation. Meaningfully executing any multi-sectoral mechanism means building successful partnerships within diverse ministries and with communities. Given all that has been said about the NHP 2017 repeating many of its targets from previous versions, a succinctly articulated vision for governance and financing for inter-ministerial work to address health would have been refreshing.

Soumyadeep Bhaumik is an associate editor for BMJ Global Health and an analysis advisor for The BMJ. He is a medical doctor working in the field of evidence syntheses and program evaluation in India.  Twitter: @DrSoumyadeepB

Pritha Chatterjee is an MPH candidate at the Harvard T.H. Chan School of Public Health and an Aga Khan International Development Scholar. She is a health journalist from India, formerly with The Indian Express Ltd.  Twitter: @pritha88

Competing interests: We have read and understood BMJ policy on declaration of interests and declare that we have no other relevant conflicts of interests to declare.

Disclaimer: Views expressed are those of the authors and are personal in nature.