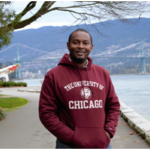 “Forget about these people in the national office,” said Maria (not her real name). “They are not in touch with reality!” Maria is a district health manager in Kenya. This was her response when I asked how closely she works with the national Ministry of Health in delivering community health services.

In 2013, the governance system in Kenya changed from a centralized system to one in which decision making and the delivery of services such as healthcare was transferred to county governments. The national Ministry of Health however retains responsibility for policy formulation, development of standards and guidelines, and technical support to the counties.

Most of the counties lacked the capacity to cope with the sudden increase of responsibility, and were unable to respond to the priority health needs of their constituents. Devolution of healthcare has therefore been characterized by confusion, collapse of some health programmes, drug stock, poor information management, demoralized health workers due to a lack of finances for salaries and basic services, and an uncoordinated reshuffling of health workers. These disruptions dealt severe shocks to the health systems in all 47 counties of the nation. In some instances, these shocks paralyzed the delivery of health services, especially community health services.

As soon as she was posted to her new role, Maria invested effort in building a strong team of community health volunteers who actively collect health related household data, refer people to the primary health care facilities and monitor epidemics. Lack of sustained engagement with community members over time and weak supervision from the Nairobi county health department before Maria took over, had led to low morale of the volunteers, and high rate of attrition, and poor performance.

Maria appointed community health volunteer team leaders from among the volunteers to extend supervision to community level. Sensitive to the power dynamics in the informal settlement, she appointed land-owners to serve as the team leaders. Working with this tight team of volunteers ensured the delivery of health services despite the disruptions caused by the devolution of healthcare. When there  was a cholera outbreak in some settlements in her district a rapid response could be mounted to stop the outbreak before it could spread to other parts of the district due to the efforts of the community health workers who quickly identified and alerted the district health management team about the outbreak. “You cannot make any progress here without having strong community support”, continued Maria.

Maria also forged close partnerships and collaborations with NGOs working in her district. Fruits of this partnerships were witnessed during the cholera outbreak. Due to the bureaucracies involved in releasing rapid response funds from the county treasury, there was a lag in responding to curb the cholera outbreak. Maria turned to her NGO partners in her district and they responded immediately to stop the epidemic by providing household water treatment products, mobile toilets, disinfectants, and clean water to arrest the spread of the outbreak.

Robinson Njoroge Karuga is a Research Fellow at LVCT Health in Kenya.

Many thanks to Maria (name changed) for sharing her perspectives and experiences.