This year’s Nobel Prize in Chemistry has been won by David MacMillan at Princeton and Benjamin List at the Max-Planck-Institut für Kohlenforschung in Muelheim an der Ruhr. They developed a method for catalysing the chemical production of individual or chiral stereoisomers, using what they call asymmetric organocatalysts.

Chirally catalysed reactions are not new. William Knowles, Ryoji Noyori, and Barry Sharpless won the 2001 Nobel Prize for their work on chirally catalysed hydrogenation and oxidation reactions, which enabled the synthesis of medicines such as levodopa. However, the techniques they used involved expensive metals that were difficult to use. MacMillan and List, using amino acids such as proline, improved on their methods. 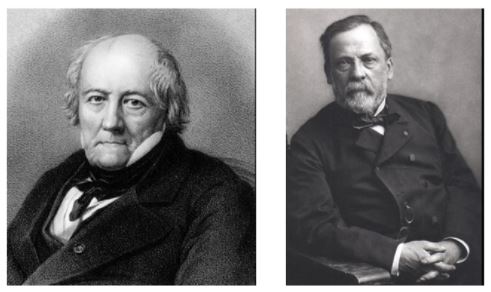 The two forms of tartaric acid have exactly the same chemical composition, but asymmetric carbon atoms result in chiral structures that cannot be superimposed on top of one another (just as your left hand will not fit into a right-hand glove; Figure 1). 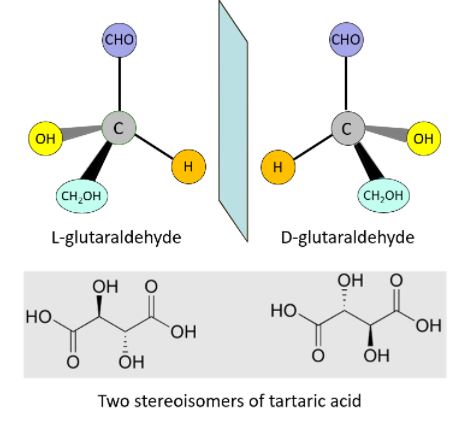 In 1828 Joseph Louis Gay-Lussac took an acid that Paul Kestner had isolated from grapes and called it racemic acid (Latin racemus, a bunch of grapes). It was chemically identical to tartaric acid, but it didn’t rotate polarized light. When Pasteur looked at racemic acid crystals microscopically, he saw two different types. He teased them apart. A solution of one behaved like ordinary tartaric acid, while a solution of the other rotated light in the opposite direction. Racemic acid, being a mixture of the two, was neutral to polarized light. So the term racemate was adopted to describe a mixture of equal amounts of two stereoisomers.

If a substance rotates polarized light to the right, it is called dextrorotatory and is designated by the letter d or the symbol (+). If a substance rotates polarized light to the left, it is called laevorotatory and is designated by the letter l or the symbol (–). However, these are functional designations. The direction of rotation can be affected by factors such as pH, temperature, and the wavelength of light used. They do not tell you about the spatial configuration of the molecules. For that other symbols are used: absolute configurations of chiral centres are designated by R and S (from the Latin “rectus” = right and “sinister” = left) and D and L (from the Latin “dexter” = right and “laevus” = left); relative configurations are designated by the Latin words cis (“on this side”) and trans (“on that side”), and the abbreviations Z and E (from the German words zusammen, together, and entgegen, opposite).

There are two types of stereoisomers, enantiomers and diastereomers (or epimers). In enantiomers, asymmetry occurs either at a single chiral centre, in molecules with only one such centre, or at more than one when there are more than one (in which case there will be more than two enantiomers). Diastereomers are molecules with two or more chiral centres, but asymmetry at only one of them. In such cases the isomers are not mirror images of each other; quinine and quinidine are diastereomers. Enantiomers have similar physicochemical properties to each other; diastereomers do not. Chiral asymmetry is usually due to a carbon atom, but not in all cases; for example, sulfur and phosphorus atoms can be asymmetrical, as in cyclophosphamide. Table 1 lists examples of important differences between enantiomers. 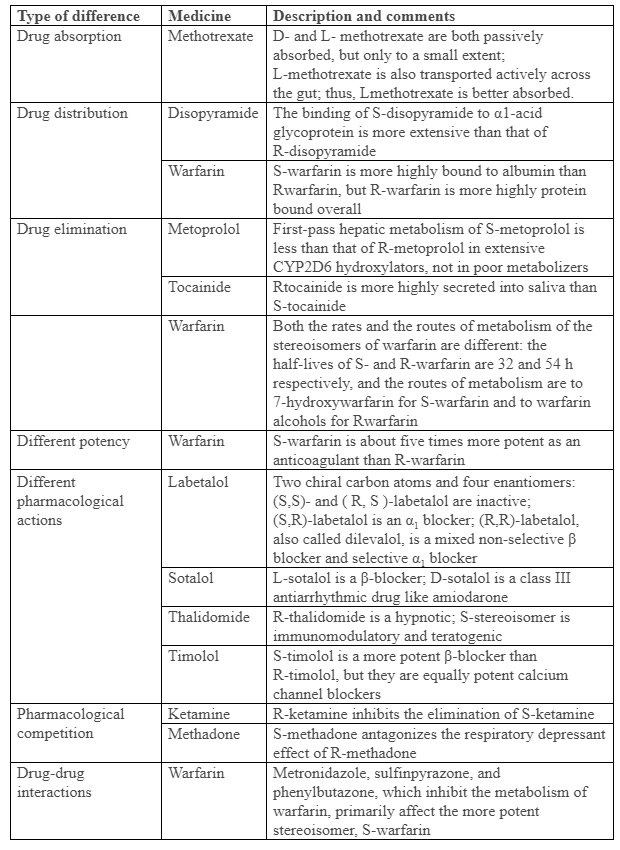 Stereoisomers are sometimes described as being active or inactive, and the terms “eutomer” and “distomer” have also been used. However, this is not generally helpful, since in many cases the two enantiomers have different actions.

Of all synthetic drugs used in clinical practice, about 40% are chiral and about 90% of those are marketed in the racemic form (i.e. as an equal mixture of the two stereoisomers). Naproxen, esomeprazole, and arketamine are examples of synthetic compounds that are marketed as single stereoisomers. However, it is often not worth using a single isomer, because of in vivo conversion to the other, as in the case of some arylalkanoic acids. 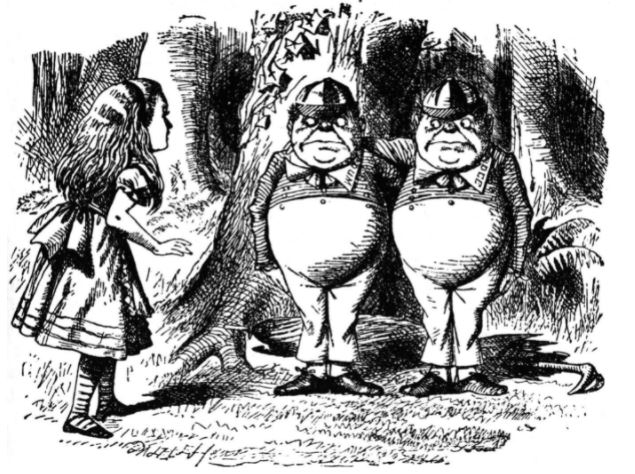 Figure 2. John Tenniel’s illustration of Tweedledum and Tweedledee from Through the Looking Glass, and What Alice Found There; they are enantiomers, or more properly enantiomorphs, objects that are mirror images of each other; the word first appeared in German in 1856 and in English in 1885, six years before Carroll’s book was published; enantiomer is from the Greek words έναντιος, opposite, and μέρος, a part or share; enantiomorph is from έναντιος and μορϕή form; true to form, Tweedledum gives Alice his right hand to shake, while Tweedledee gives his left hand