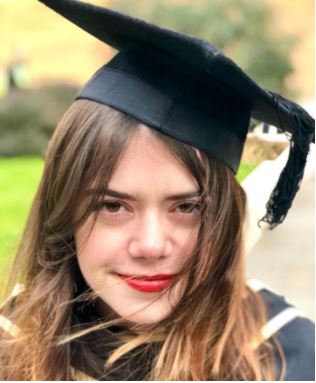 I was a fourth year medical student when I suffered a spinal cord injury. Paralysed from the chest down, I now use a wheelchair. My experience over the past two years has changed the way I think about the healthcare system, and my entire approach to patients and their care. It was the first time I had experienced a long period of time in hospital, serious health problems, chronic pain, and an uncertain diagnosis.

When I was first injured, I was told by one doctor that she didn’t know what my prognosis would be, and that she didn’t have the answers I was looking for. With a spinal cord injury, you face a complex spectrum of symptoms and complications, many of which cannot easily be explained, managed, or cured. My experiences, both as someone with a spinal cord injury and as a medical student seeking answers, have made me realise that at its core, medicine is not an absolute science; it is flexible, unpredictable, and complex.

After spending three months in hospital, being discharged felt like coming out of a war that only I had been in. While I was in the rehabilitation unit, I was very weak and still trying to process the wave of trauma I was experiencing. I was not only paralysed from the chest down, but going to bed meant I would be there until the morning (our wheelchairs would be moved into the hallway to free up space on the ward). It seemed to not occur to the staff that we might  want to leave the bed after 10pm. To me, this symbolised the absence of freedom of movement and independence. At times, I witnessed exasperated staff snap at other patients in my bay, who would cry at night because they were frightened and in pain.

In my role as a medical student, I’d always felt like I knew my place in the hospital environment. As a patient, I felt I had no control over my environment, or how people were going to treat me. Before my injury, I would often find it difficult to relate to patients when they were anxious, agitated, or aggressive. I now understand where those emotions are coming from and recognise what it is like to feel both distrust, anger, and despair in response to healthcare professionals, and to feel unsafe in a hospital—a place I had previously always felt comfortable.

At times during my hospital stay I felt like I had no control over what was happening to me. I recognise now how crucial it is to include patients in the conversation rather than leaving them to listen while they are spoken about at the end of the bedside. I realised how empowering the right language can be, in terms of asking and respecting how a patient would like to be described.  Appreciating the value of patient dignity and autonomy has a renewed sense of meaning to me.

I was taught in medical school the importance of introducing myself to patients, but I regret that at times I didn’t. When I was in a large group, or if there was little time to talk when doctors were busy doing the ward round, I would simply be following, watching their cues. However, having up to eight people I hadn’t been introduced to file into my hospital room and stand around my bed, staring at me, was mortifying. I felt anonymous, as if I had been reduced to an interesting case for them to discuss.

I was rarely asked first if I was happy for medical students to see me before they came in to shadow the consultant speaking to me. Don’t get me wrong, I am always happy to be able to provide a learning opportunity, but there were very few times when my consent was explicitly asked for—instead, it was often assumed. These students would have had access to my complete medical history, and the ins and outs of the most traumatic thing that had happened in my life. I knew how much information they might have because I had been on the other side of it.

Paternalism still prevails in medicine, and as a medical student I observed patients often feeling that they have no option but to submit to what the doctor desires, even if they may have been given choices. Appreciating that this power dynamic between the doctor and patient unfortunately still exists (something I took for granted before my injury) is crucial to be able to fully respect a patient’s wishes and avoid this lack of clear and open communication.

In medical school I became familiar with memorising and reeling off lists of the side effects of a particular drug to a patient—nausea, diarrhoea, tiredness, chronic pain, fatigue. But did I really appreciate the impact some of these symptoms might have on the patient and on their quality of life? Having since been on some powerful drugs both short and long term, I have deep empathy for people whose lives are affected by medications that they rely on to not only function well, but to survive. Now I appreciate the weight of prescribing, and the importance of working with the patient to come up with the best management that fits their lifestyle.

Some days I wish I didn’t have to deal with my injury, but I would never trade what I have learnt through those humbling three months as an inpatient, and now as a disabled woman. It has instilled a commitment in me to constantly remind myself of a patient’s position, and how I would feel in their shoes. My experience has shown me that my vulnerability can be my strength.

Grace Spence Green is a final year medical student at King’s College London, who is passionate about disability rights and co-hosts a podcast called “This is Spinal Crap” about living well with a spinal cord injury. Twitter @gspencegreen