A year into the pandemic, Louis Appleby looks at the evidence on suicide rates

Not a week passes without a story in the press about the impact of covid-19 on suicide. Claims on social media seem to appear daily. A year into the pandemic, what is the evidence? The short answer is that there has been little effect. But it’s more complex than that, as it always is with suicide statistics.

First though, it’s important to stress that the graphs and figures that are used to answer this question are not dry data. They represent real lives lost, real families devastated. No suicide rate, whether high or low, rising or falling, is acceptable. Even before covid-19, there were over 6000 deaths by suicide per year in the UK, an estimated 800,000 worldwide.

From the earliest days of the pandemic there was concern that suicide would rise. It wasn’t hard to see where the risks might come from: anxiety about infection, isolation, disrupted care, domestic violence, alcohol, recession. Actual figures, though, took months to appear. Now we have reports from several countries, based on national or state-level suicide data. They come from Australia, New Zealand, the USA, Canada, Peru, Norway and Sweden—high income countries in most cases—and they carry a consistent message. Suicide rates have not risen.

In England we have had to set up new data collection because our coroner system is not quick enough for the close monitoring we need – the median time from death to inquest is 166 days. We now have “real time surveillance”, recording deaths by suicide as they happen, providing figures for a population of around 9 million, one sixth of the country. Here too we have found no increase in the months post-lockdown. The same appears to be true of self-harm.

Our conclusions at this stage, however, should be cautious. These are early findings and may change. Beneath the overall numbers there may be variations between demographic groups or geographical areas. After all, the impact of covid-19 itself has not been uniform across communities.

One country has reported a different pattern—Japan, where there has been a fall, then a rise, most marked in women and young people. The causes are uncertain, but economic factors and celebrity suicide may have played a part. Less clear is what this means for other countries: is Japan an outlier or warning to the rest of us? Then there is the report from Maryland, USA, where suicide overall has not risen, but ethnic differences are apparent – the rate rising in black populations, falling in white populations. In time the question may be more nuanced, not whether suicide rates have risen in the pandemic, but in whom, when and where?

Yet the public narrative is dominated by alarming claims and predictions: suicide and self-harm are escalating. It is an epidemic, a tsunami—not only misleading, but potentially harmful to people who are already struggling. One notorious tweet claiming a “200% rise” in suicide was re-posted 31,000 times before being taken down.

How do we square the evidence on suicide with what surveys and calls to charities are telling us, that the pandemic has made our mental health worse? How can both be true? Perhaps as well as risks, there have been protections. We may have been more careful in lockdown to stay in touch, more alert to warning signs. In the face of a crisis, there may have been a greater sense of community, of getting through it together. Perhaps a belief too that it would soon be over, so that the distress that many felt did not become that most dangerous of moods, despair.

If so, we need to recognise the continuing risk as the pandemic enters its second year. The social coherence of last April seems to have eroded as we pit public health and business against each other and report our neighbours to the police. With each lockdown cycle people seem weary and pessimistic. There are fears for children and the economy.

Recovery can be a dangerous time, as any clinician can tell you, as restrictions are lifted and we look at our lives in a new way. We need to ensure support for anyone lonely or mentally ill, in turmoil or financial hardship. We need to re-discover the values that unite us and the benefits of mutual support. We need to reassure ourselves that there is a way out of this crisis and a better, fairer, more compassionate society at the end of it.

If you’re struggling, you’re not alone. In the UK and Ireland, Samaritans can be contacted on 116 123 or email jo@samaritans.org 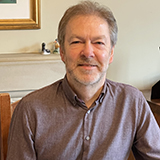 Louis Appleby researches suicide and self-harm at the University of Manchester. He has advised the NHS on suicide risk after Grenfell and the General Medical Council on suicide by doctors under investigation. Twitter @ProfLAppleby

Competing interests LC chairs the national advisory group on suicide prevention at the Department of Health and Social Care. He receives funding from the Health Quality Improvement Partnership on behalf of UK governments.