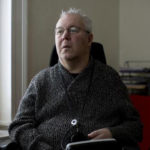 In 1990, after a road traffic accident, I became irreversibly quadriplegic. I require care around the clock and am in constant pain. I am 65; as I get older, I fear I may need help to die, an option currently prohibited by the Suicide Act in England and Wales, which I am campaigning to change.

Seven years ago the UK Supreme Court delivered a landmark judgment on assisted dying, in which a majority of judges ruled it would be legitimate for the courts to rule on whether current law is compatible with human rights law. Yet rather than passing judgement immediately, they narrowly decided to give parliament an opportunity to debate the issue. I was one of the people who brought the case.

In a clear verdict, our top court warned parliament not to waste the opportunity it had been given and invited me to bring a future case should our lawmakers fail to act. Parliament did not act, so in July 2019 I applied to court for permission to challenge the law again. But to my surprise the Court of Appeal refused me this permission. Why has the court done this, and what does it mean for my fight for the right to die?

As to the first question, the Court of Appeal gave me two explanations. First, it ruled that assisted dying was “pre-eminently a matter for parliament and not the courts,” seemingly reversing the decision of our Supreme Court seven years ago. And second, it said it could find “no other compelling reason” to hear my case.

Compelling reasons to re-examine the law

To say this judgement misses the point would be an understatement. In the past 15 years the number of Britons travelling abroad for assisted deaths has risen six-fold, to at least one per week; nine out of 10 members of the public have come to support legalising the right to die, a right already available to 150 million people worldwide. And in the BMA’s recent survey, half of doctors who responded said they personally supported changing the law. Alone any of these developments would be “compelling,” but taken together they clearly show that the consensus on assisted dying has shifted and that the law warrants a re-examination.

It’s important to be clear that my case didn’t ask for any special privileges. Provided you are able bodied, nothing in law prevents you from choosing how, where, and when you want to end your life. After all, suicide isn’t a crime. It is only for people like me, who are physically incapable of ending our lives without assistance, that the law denies a choice.

Uncertainty and fear for my future

As to what this means for my future, the answer is uncertainty and fear. Following my case, it seems likely that litigation won’t be possible for the foreseeable future. In other words, only parliament has the power to change my fate. Yet parliament has already proved itself more than capable of avoiding the tough questions on assisted dying: it has never considered legislation to permit the option of an assisted death for people who are incurably suffering but not terminally ill. And while our politicians might have time to wait, I don’t have that luxury.

After 30 years of paralysis I am finding my pain harder to manage and mitigate. Whereas previously, I sometimes felt like I had an itch I couldn’t scratch; now it often feels as though someone has hit me over the back of my neck with a cricket bat.

This is why I want the choice of an assisted death. Not because I want to die tomorrow, but because I want the security of knowing I can end my pain if it ever becomes too much to bear. And because my only legal option—starving myself to death—fills me with terror.

That’s why, with support from the secularist charity Humanists UK, I have written to the secretary of state for justice urging him to start an inquiry into the law or to call on parliament to do so.

In a mature country like this, laws should be based on robust evidence and rational debate. It is an insult to people in my situation that more than 15 years have now passed since parliament last examined in detail the evidence on assisted dying, and six years since it voted on proposals to change the law. If our lawmakers truly are the only people now capable of giving me a choice over my own death, it is high time that they picked up the baton and undertook a detailed examination of the law.

This issue is too important to be relegated to the “too hard to solve” category. If the courts won’t act, parliament must now rise to the occasion.

Paul Lamb is paralysed and fears one day having to starve himself to death. The Court of Appeal has refused him permission to bring a legal challenge over assisted dying. He says it’s time for lawmakers to act. Paul is a patient, based in Leeds, and can be contacted via press@humanism.org.uk