As you sit in a lecture, listening to the symptoms of a rare medical condition, have you ever convinced yourself that you have it? You might have medical student syndrome . . . 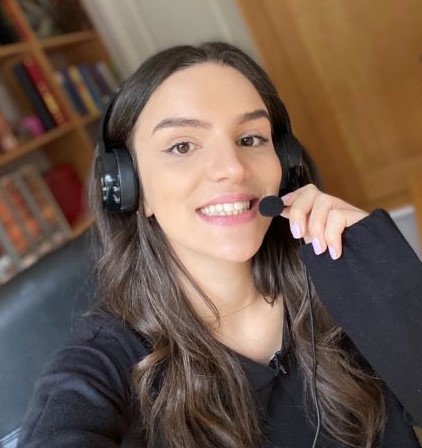 Last week on Sharp Scratch we attempted to unravel discussions around health anxiety, and to better understand the pattern of how this is associated with medical students in particular.

Staring down at a long checklist of symptoms, it can be quite easy to match yourself to a disease. “Wait . . . I bruise easily? Fatigue . . . now I think about it, I am rather tired? I also bleed quite heavily? Do I have Von Willebrand disease?” Perhaps the cause of my bruises was just because I can be clumsy, but I was definitely quite convinced of my self-diagnosis for a brief period of time, which was not helped by the fact that I learnt about this disease through a case based discussion about a scenario where “a 20 year old female medical student had suffered from episodes of fainting”—just as I had a few weeks prior.

Upon discussing this with the other Sharp Scratch panel members, we soon noted that I was not alone, as between us we had also feared subarachnoid haemorrhages, wonky eyes, asthma, and umbilical hernias—though some of us turned out to have been correct with our suspicions. Sometimes you have a bit of insight and understand you might be being “dramatic,” and whenever anyone at my medical school has ever spoken about this it is always in a jokey way, with the underlying message always being that “you don’t have the disease you think you do, and the act of studying a condition doesn’t make it more likely.” But then, as panel member Olukayode Oki said, “how do you help people feel heard and not dismissed, in case they have this really obscure condition?”

Our expert guest, Professor Sir Simon Wessely, helped us unpack why individuals often experience health anxieties and self diagnose in the first place; and then in turn why medical students may be more likely to do this. He stated that “anxiety itself is incredibly common, and if you do get anxious or depressed, the number of physical symptoms go up. You get somatic symptoms which have a very good physiological cause. Your heart beats faster, you sweat more, you get abdominal pain, you get headaches.” He then went on to explain that while we can attribute these symptoms to stress, this is not the first conclusion we jump to, and “most people’s first attribution is to think I have a physical illness,” which may be beneficial from an evolutionary perspective.

Simon stressed that it is “very difficult to separate out physical and psychological disorders, if ever such a division is possible,” but that our “first duty is to make sure that common things such as anemia are ruled out.” He told the panel that somatisation is the most usual way for common mental disorders to present, and that it is “unusual to psychologise common somatic symptoms, though this has been changing in recent years as awareness of mental illness has changed and the stigma reduced.”

As part of this episode, we had an interview with Gavin Ball, a medical student at the University of Manchester, who had found abnormalities in his ECG during a medical student practical in his third year. This led to further investigations, a diagnosis of arrhythmogenic right ventricular cardiomyopathy (meaning he was predisposed to life threatening arrhythmias). He had an implantable cardioverter defibrillator, before suffering from a deep vein thrombosis that required surgery and medication to treat. This sparked some interesting panel discussion about screening healthy individuals, with Simon pointing us to a quote from Gray, “All screening programmes do harm; some do good as well, and, of these, some do more good than harm at reasonable cost.” As in Gavin’s case, a seemingly fit and healthy medical student was “screened” through a simple ECG, and the interventions may have helped him, but they also ended up harming him.

A concept we tend to discuss a lot on Sharp Scratch is the “culture” of being a medical student, and how this plays a part in our professional identity. One of the reasons we believe this set culture may have come about is because of how “medical students are a self-selected group of people” (Anna Harvey), meaning there are more of certain personality types, who build up the environment you see at medical school.

Simon mentioned that medical students “are not immune” to mental health disorders, but in fact our panel thought that perhaps our personalities could mean we are even more vulnerable. Often we see medical schools interviewing candidates in order to positively select for certain character traits that we associate with being a “good doctor,” such as resilience, but this can mean students put too much pressure on themselves to cope, and it can be difficult for these same individuals to seek help when they are struggling. The high pressure environment that you are in at medical school can also affect your mental health, so “there is no surprise that anxiety specifically around health would also be more common in that cohort of people” (Anna).

Our panel wondered if “some people’s personalities are more likely to ruminate,” and when studying for your medical degree you are exposed to more information and “you have more of an awareness of sinister organic causes of symptoms,” which may be why we are prone to medical student syndrome. We laughed as we recalled the proverb “a little knowledge Is a dangerous thing,” which may be true for medical students convincing themselves they have developed the latest disease they studied.

So what is medical student syndrome? From our discussions, it seems that health anxieties and exposure to information (that may not always be complete) are major contributing factors. As always, insight into this gives us better control over these emotions and a more balanced judgment about our own health. It can be hard to be neutral when you’re the subject of question. You can’t really view your own symptoms or history from an unbiased point of view like a doctor is supposed to. Our takeaway message from this episode was to be vigilant if you do notice things about yourself, especially if your friends or tutors are picking them up too.

Listen to the episode on Spotify and Apple pods.