The internet is loading, families are gathering around computer screens and the medical school dean is preparing his speech. It is the twenty seventh of March and instead of being on a flight to my long awaited elective, today is my virtual graduation. And soon enough, I would be a junior doctor.

Doctors in training have always had a regimented schedule with exams and placements set out a few years in advance. The sudden change in my six-year diary was unsettling. Several months on, I hope that all final year medical students had the opportunity to become interim doctors before they started their F1 post in August.

Foundation interim year one (FiY1) doctors was a unique role created during the covid-19 pandemic for eligible final year medical students. There had been rumours across the country that medical students would start working in some capacity to support the NHS. This was confirmed when the health secretary announced rather ominously that we were being sent to the front line.

What followed was some impressive organisation and coordination between medical schools, the General Medical Council (GMC), the UK Foundation Programme and Health Education England. A mere few weeks later, we were allocated to hospitals in the vicinity of our medical school or our foundation deanery. We were given clear job roles with a list of responsibilities and caveats, such as not seeing acutely unwell patients alone. Once provisional registration was granted, thousands of students made the transition to doctor.

In April I started work at the Bristol Royal infirmary on a stroke ward. I nervously walked onto the ward on my first day feeling out of my depth and with a sense of responsibility on my shoulders. However, I was pleasantly surprised how quickly I was integrated into the team and gained confidence in my clinical skills daily. Thankfully, at that time, the region was not as heavily burdened with covid-19 as other areas in the country. This meant that myself and other FiY1 colleagues were simply lessening the load of normal staffing. There was always someone to ask and always time for someone to answer. There were very challenging days and I am still only a few steps up the precipice of learning. Despite starting my career in a pandemic, I wonder if I would have got the same support if I had started work in August, as per the usual rotation.

This leads me to think that final year medical students should have the opportunity to be an interim foundation doctor before taking up their substantive posts in the summer. Newly qualified doctors would be able to gain experience while being supported in their role by the current foundation doctors in the post. It could be said that most medical schools include a period of shadowing to prepare for employment or colloquially, how to do the job. However, there is a big gap in responsibility between student and doctor, which is quite impossible to replicate.

Current medical students in all stages have missed placement and their training will continue to be disrupted for some time. Getting students ready to graduate for August 2021, without the burden of an earlier graduation date, will be a push. International students could potentially be disadvantaged if they work to different schedules and students who do not pass finals at first attempt, may be further disadvantaged if they miss out on the opportunity to work as a FiY1.

In August, it is often reported that new doctors have taken to the wards and articles, perhaps in jest, advice patients to stay away from hospital. This year, the majority of the new doctors were not so new. Many had the opportunity to start working when there were more people to ask questions and learn from. As I move onto my next post, my first day is a lot less scary. 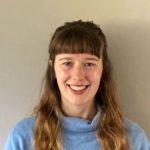