If only we were more like Germany has been a recurring refrain in England during the covid-19 pandemic. Axel Heitmueller and Lars Roemheld consider the role of German decentralisation in the country’s response

Drawing England in a Who-Dealt-Best-With-covid-19 version of Top Trumps would make you despair. The UK has had more reported cases of covid-19 and deaths than any other European nation, with more than 41 000 lives lost in England so far.

As always in complex systems, there are a multitude of factors for why, and it is too early to draw firm conclusions. But given the scale of the costs both at the human and economic level, it is nevertheless tempting to look over the fence for salvation and inspiration.

One of the most prominent views is that the UK system is overcentralised and, consequently, too slow to respond to a crisis of this proportion. Instead of utilising local testing capacity, the UK decided to build from scratch three centralised laboratories, losing vital time and trust. Instead of involving local public health officials in decision making, Public Health England and Whitehall centralised policy development. Instead of sharing data back with those most in need of information, it is often hidden away in centrally held, password protected dashboards and subsequently underused operationally to guide care.

If only we were more like Germany has been a recurring refrain. Germany went into lockdown earlier, has had significantly lower absolute and excess deaths (Germany, reportedly, has had a 5% higher excess mortality rate compared to around 45% in the UK), and consequently fared better economically and socially.

So how did they do it?

Instead of setting up large central labs from scratch, Germany predominantly used a network of 150 existing local labs across the country from day one and maintained testing throughout the crisis.

Instead of building temporary hospitals, financial incentives were provided to existing intensive care units to expand the number of ICU beds (already five times larger than the UK’s capacity) and keep hospitals generally empty. Again, devolution meant that local exceptions were possible: for example, Berlin built a temporary 1000 bedded hospital in an exhibition hall similar to the ExCel Centre in London.

Instead of controlling test and trace nationally, Germany relied on existing local health authorities (Gesundheitsämter) with some experience in infectious disease management and tracking.

German decentralisation has indeed been a great advantage during this pandemic, but it’s not necessarily a political choice and it comes with challenges of its own. Let’s look at three examples.

First, data. Much praise has been given to the testing data that is published by the Robert Koch Institute. The daily reports are informative and daily R0 rates have been available for months. It may be surprising therefore to note that a lack of systematic healthcare data is one of the great weaknesses of the German healthcare system and a direct consequence of its devolved nature.

Much of the information that is readily available in the UK about patients and organisations, such as the socioeconomic or healthcare characteristics of patients with covid-19, are not collected in a systematic or timely way in Germany. Take ICU capacity as an example. The heterogeneous landscape of hospital software systems prevents any automated data collection and ICU capacity is reported daily by manually filling out a web form. Standardisation efforts are complicated by decentralised data systems and governance. Compare that with the weekly reports for NHS ICU units by ICNARC, which has detailed breakdowns of patient and treatment information.

Second, coordination and consistency. The federated nature of the German government, with 16 states (Länder), makes it significantly harder to move policy decisions at pace and consistency. Different Lander have had different rules on face masks and lockdown rules. Compare that with England where a mandate from No 10 is binding for all schools, pubs, and sport facilities across the country, avoiding internal legal challenges or delays.

Third, excess capacity and overheads. Going into a pandemic with five times as many ICU beds is comforting and so is having relatively well resourced local health authorities. All that comes at a cost. Germany spends around £4400 per person on healthcare, while the UK is closer to £2900, making it the second lowest in the G7 countries.

Even with the high spending, the devolved German public health services have been chronically underfunded. Federal government is now investing an additional €4bn into state level Gesundheitsämter to provide better infrastructure.

Clearly, the UK is unlikely to reach similar spending levels, despite having to realise that current levels of funding are unsustainable.

The grass is green on both sides of the fence

Pitching centralisation against devolution is almost certainly an artificial dichotomy: it’s horses for courses. While the UK has experimented with various degrees of centralisation in the past, Germany is much more constrained by its post-war federated structure.

We should allow devolution where adoption to local circumstances is key. At the same time, effective coordination should be provided by central government. Similarly, central government should set mandatory data standards, invest in enabling data infrastructure, and ensure public trust in the use of data.

In other words: we should centralise standards, trust, and international relations. We should devolve what providers, authorities, and patients are better placed to judge and accept. These principles should be part of a wider reform of public services. Top Trumps cards cannot learn from each other, but countries can. 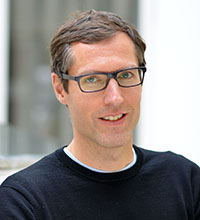 Axel Heitmueller is currently the managing director for Imperial College Health Partners and a visiting professor at the Institute for Global Health Innovation at Imperial College. He held senior positions in healthcare and was previously a deputy director and chief analyst of the Prime Minister’s Strategy Unit in the Cabinet Office and No 10 Downing Street. Twitter @axelheitmueller 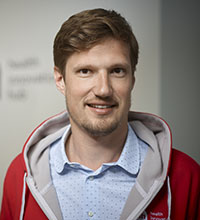 Lars Roemheld is director of AI & data at the German Ministry of Health’s digitalization taskforce. He previously held senior positions at the AI specialist QuantCo, where he used machine learning to develop anti-fraud and pricing solutions for financial, retail, and healthcare organisations in the US and Europe. Twitter @LarsRoemheld