With every new piece of “evidence” on covid-19, implementation has proven harder in practice than in theory, say Tara Vijayan, Nida Qadir, and Tisha Wang

“To withhold treatment would be unethical.” This is a theme we have heard time and time again since our first patients with covid-19 were admitted in March 2020.

Soon after the first few cases of covid-19 started to surface in California, our critical care and infectious disease leadership team began to craft living documents on the management of hospitalized patients with covid-19 based on the best available literature. We referred to these documents as treatment guidance— a clear distinction from protocols or guidelines, both of which hinge on data grounded in rigorous science or, at the very least, collective expert opinion. During a pandemic with a novel pathogen, both data and expertise are scarce resources.

From the beginning, we placed emphasis on the importance of bedside clinicians as the decision makers given our collective experience treating critically ill patients with severe viral infections and associated respiratory failure. Yet emotions ran high as patients with covid-19 began to fill our beds, breathless, with rapidly falling oxygen levels. Many patients were young and healthy; others were older and frail. Many came from underserved communities. All of them were alone in their hospital beds, without family to support them or help them make difficult decisions.

Reports of the devastation in Italy, and then closer in Seattle and New York, weighed heavily on our minds and in our hearts. Stories on social media and from trusted friends and colleagues on the east coast would tell us what worked to save one patient and suddenly that story became truth.

With time, flawed literature followed the anecdotes. To get information out quickly, more non-peer reviewed literature surfaced, and peer reviewed literature went through expedited processes for publication, reporting on observations of small samples of patients. In a pre-pandemic era, it would be rare for this type of literature to have any large scale impact on clinical care. Yet this literature quickly infiltrated clinical decision making, and reliance on opinions, anecdotes, and ambiguous observational data often superseded decades of previous research on respiratory viral infections. Confirmation bias ran high; those with strong beliefs about certain therapeutics would chastise or laud any given study, depending on their particular perspective. Such beliefs were entrenched, taking on an almost religious fervor. Academic discussions were no longer discussions, but rather heated debates, born out of a sense of helplessness and desperation.

The notion that withholding any treatment was unethical or that something was better than nothing would gain traction. As placebo controlled trials were initiated, colleagues passionately debated whether it was appropriate to withhold hydroxychloroquine, a drug that received emergency use authorization by the US Food and Drug Administration (FDA) in March. Shortages soon surfaced, the right dose was debated, and dozens of articles have now suggested no benefit. Hydroxychloroquine quickly transformed from a wonder drug to an anathema, and the FDA revoked its emergency use authorization in mid-June.

The life saving modalities we already had available to us for the management of acute respiratory distress syndrome (ARDS) were quickly being overlooked for newer, shinier, yet completely unvalidated therapies, such as IL-receptor blockade and empiric full dose anticoagulation. The enormous team effort and painstaking attention to detail required to appropriately manage a ventilator; prevent multi-organ failure; prone patients; and maintain their skin, strength, and consciousness—i.e. the meticulous supportive care that intensivists have mastered over decades—was not being discussed. The focus was now on finding a single magic bullet to “cure” covid-19. Such a panacea has never existed in critical illness, yet somehow covid-19 had to be different.

Unlike some of our peer institutions, we have had the privilege of enrolling in several trials. But the effort to roll out the different trials has required an immense amount of coordination among research staff and frontline clinicians. Prioritization strategies taking into account patient preference and drug availability are discussed daily, with a focus on clinicians remaining unbiased primary decision makers for their patients. Remaining unbiased remains easier said than done, however, and uncertainty about the robustness of data combined with the need to ration certain therapeutics, such as remdesivir, has amplified the discomfort and moral distress of physicians.

Most recently, the ethics of withholding steroids came into question after recent early data, available solely as a press release for multiple days, and then as a preprint, suggested that dexamethasone resulted in a 36% mortality reduction in mechanically ventilated patients and an 18% mortality reduction in patients with supplemental oxygen. Many changed their practice immediately, starting dexamethasone on the day of the press release, arguing that it would be unethical to do otherwise. Other physicians were more skeptical based on prior reports indicating no benefit and possible harm with steroids when given for other respiratory viruses, compounded by the phenomenon of retracted publications in the pandemic era. This study has now been published in a peer reviewed journal and constitutes some of the most compelling data to date.

Regardless, when we start to consider how we apply this data and every new piece of data in this novel disease, many questions remain and, as with every piece of “evidence,” implementation is harder in practice than in theory.

Four months after our first patients with covid-19 were admitted to our hospitals, our country has witnessed more than 140 000 deaths. We have seen thousands of preprint and peer reviewed publications and have a slightly more nuanced understanding of this complex disease. We remain committed to doing the best we can for our patients, to the best of our knowledge and ability, while trusting evidence, not anecdote. Through much of the past four months, our prior knowledge and commitment to the evidence based treatment of ARDS has carried us through despite fear of the unknown.

Novel treatments must continue to build upon tools we already have, not abandon them. Measured reason must not fall in the face of fear and panic. And above all, we urge caution when questioning the ethics of “withholding” treatment in the face of still limited data. Our guidance will remain a living document, as all guidance should be, as we continue to exercise humility and restraint in a time of great uncertainty. 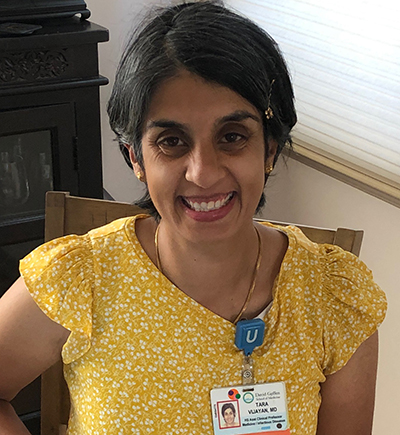 Tara Vijayan is an assistant professor of medicine in the Division of Infectious Diseases and medical director of antimicrobial stewardship at UCLA. She co-chairs the second year medical student course in microbiology and immunology. She is passionate about medical education, with specific focuses on clinical reasoning and health equity. Twitter @tara_vijayan 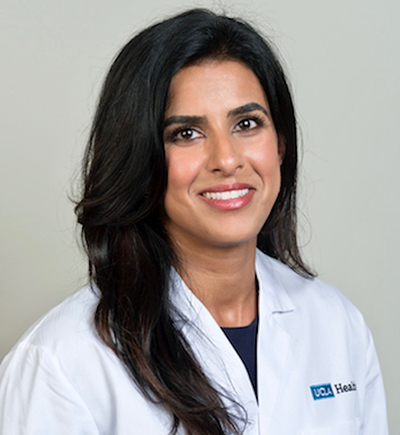 Nida Qadir is an assistant professor of medicine in the Division of Pulmonary and Critical Care Medicine at UCLA. Her areas of professional interest include critical care outcomes based research, ICU recovery, and simulation in medical education. Twitter @NidaQadirMD 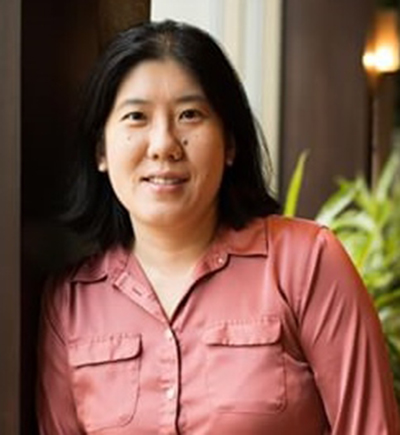 Tisha Wang is the clinical chief and fellowship program director of the UCLA Division of Pulmonary and Critical Care Medicine. She also serves as the chair of the education committee for the American Thoracic Society and is a staunch advocate for women in medicine, medical educators, and patients with rare lung disease. Twitter @drtishawang