Once this pandemic is over, we should thank NHS staff in real terms, argues Louis Lederman 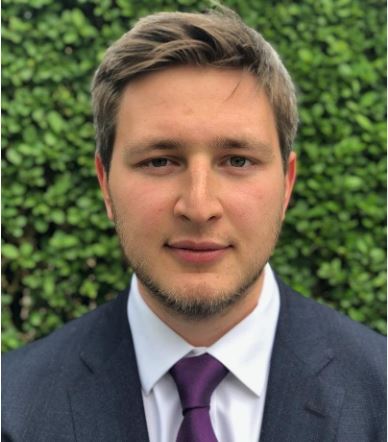 As a third year medical student, I am proudly hoping to be part of the future workforce of the NHS. On 20 May, the prime minister reported that 312 of the then 36 042 people who’d died from covid-19 were NHS and social care staff. Sadly, that number will continue to rise as time goes on and statistics are published. Each of these deaths is a solemn reminder that our “essential” workers could more appropriately be called “sacrificial.” Their reward? A government approved clap on a Thursday night and £60 000 for their families if the worst does happen.

Don’t get me wrong, I’m a huge fan of the clap for our carers. It’s beautiful to witness the unity shown within a nation that just a few months ago was fragmented and locked in political argument. To see people brought together by the most desperate circumstances is amazing, even more so because only a few months ago it was unimaginable. That said, it is a paltry response from a government that has underpaid healthcare staff, underfunded the services they work for, and failed to protect them with the appropriate personal protective equipment (PPE).

At the time of the 2016 junior doctors’ strike the government, and some of the media, did everything they could to turn the public against our nation’s carers. Doctors were branded militant, greedy, reckless, bullies. One columnist went so far as to write: “The young medics want the worst [for patients]. I hate them. My solution? We should fire all the young doctors who voted for a strike . . . Forget Hippocratic, it’s hypocritic oath. They don’t give a stuff about the sick.” That opinion hasn’t aged well at all. Now, more than ever, the government and media should realise the failings of our past. If not now, when?

As for the suggestion that NHS staff should be awarded with a medal, how about a fair pay package instead? In countries such as Australia, doctors receive tax breaks on everything from rent or mortgage payments to restaurant meals. Other companies in the UK offer employees a range of benefits, including free meals (Intel), travel allowances (AirBnB), birthdays off (KPMG), and unlimited holiday days (Netflix). Meanwhile, doctors in the UK have to pay for hospital parking, overpriced hospital food, and accept the toll on their social life and relationships.

Of course, for doctors, personal rewards come in making a difference to patients’ lives—that is true now more than ever. The ability to save a life is the greatest privilege of any healthcare job. However, once this pandemic is over, we should thank NHS staff in real terms, not by medals, not by claps, but rather by normalising their pay to fair levels, increasing holiday days, and for a start, at the very least, giving them free hospital parking.

The government’s early mantra during lockdown entreated the public to “stay at home, protect the NHS, save lives.” Our society creates labels all too easily—“essential workers,” “frontline workers,” “our NHS,”—yet they risk making us  dehumanise the people these labels encompass. Yes, the NHS is our national institution, so it’s easy to forget that behind the letters NHS are roughly 1.5 million faces, each with a life and personal responsibilities, be that as parents, children, or spouses. The government must save those lives too.

Protecting the NHS has been, rightfully, at the forefront of our minds . . . but what about protecting the people that are dying while working for it? These people are now seeing the beginning of what will be years of covid-19 induced pressure on the health system. After the virus has passed, people will not stop needing them. Next will come the many people who need sociopsychological support. Cases of depression, substance abuse, and suicide are predicted to rise as part of the fallout. And who will be there to act as their safety net? The people of the NHS, our careers, the people who need protecting too.

Louis Lederman is a third year medical student at Barts and the London Medical School.