“Industrial healthcare is cruel to patients and cruel to clinicians,” Victor Montori told a gathering of English clinicians, students, and policy workers at the recent “Rethinking Medicine” meeting in London on 11th March 2020.

“We need to stop treating clinicians as if they respond to incentives like rats in a maze—open the gate to get the cheese! We need to up our game and rethink ourselves,” he said.

‘We need to demand that we are treated professionally and not on the basis of behavioural tricks; we need to abandon ‘efficiency’ and focus on the elegance of care; and we need to move from ‘transactions’ that are ‘businesslike’ to relationships of love.”

Montori, from the US Mayo Clinic, and author of the book Why We Revolt, had been asked to provide a keynote for the first Rethinking Medicine national event as it moves out of its formative discussions and into wider conversations, including two forthcoming webinars.

A co-sponsor of the initiative, Martin Marshall, Chair of the Royal College of GPs, noted that, while the prevailing disease based medical model has been highly effective and valuable, its very success “has seduced us into using it when it is wasteful, not helpful and maybe dangerous.”

With links to Scotland’s more advanced “Realistic Medicine” programme and the development of “prudent healthcare” that informs Wales’s long term plan for health and social care, the English initiative has evolved slowly as a collaboration including NHS England, the RCGP, other medical royal colleges and some civil society organisations.

Marshall described the intention to target medical audiences to widen the conversation about four linked domains that challenge established medical practice: value driven care and improvement, shared decision making, overdiagnosis and overtreatment, and the significance of community based approaches.

This would be both a philosophical quest and a search for better practice, he said, capitalising on the growing interest that doctors are showing in having better conversations with patients, reducing overtreatment, and providing non-clinical as well as clinical support.

Fellow co-sponsor Alf Collins, clinical director for personalised care at NHS England and NHS Improvement, noted that a growing slate of around 17 national initiatives in these areas that require a “linking” movement to help them join up and learn from each other.

Birmingham GP Mohanpal Singh used the analogy of a collapsing house to describe how the limitations of the medical model now impact on practice. “The House of Medicine is made of bricks, each one of which is a conversation. The conversation is the principal tool of practice, but we are not having good conversations with patients.”

He used the example of 60 year old “Linda,” a typical 60 year old patient with eight long term conditions, six consultants and 13 medications. “We are all stuck, and Linda is stuck.”

The response of healthcare providers is to “innovate” with shiny new interventions, but this is like adding a swimming pool to the crumbling house: “We do more ‘stuff’; we make Linda do more ‘stuff’; until we’re all stuffed and we say, ‘stuff it!'”

“Where we don’t innovate is with the conversation. Let’s start with one good conversation—turn the [computer] screen off for the first minute of every consultation.”

Similar themes were picked up by Montori: “We see our patients too close, as a test result, or too far away, as a problematic member of our population that we are failing to control. We see them too fast. And now we see them as a cloud of data presented in the medical record. We see them as a blur and not a person.”

This led clinicians to feel “lost”, because the rewards for care, which help to renew their internal resources—such as patients expressing gratitude, smiling, and improving—are increasingly removed from impersonal, industrial transactions.

Describing a similar patient with multiple conditions, named “Maria”, he said the Mayo Clinic had found 40% of such patients felt “overwhelmed” by the amount of work that the system puts onto them in order to meet system goals and increase “value.”

Montori spoke of three goals of “rethinking”: evolution, back towards “kind” care by sculpting out everything that is getting in the way; devolution, to return to families and communities their proper role in caring that has been usurped by professional power; and revolution, led by patients themselves.

The meeting was less revolutionary in itself. Participants advocated “mini-actions” to make a start: turning off the computer screen in consultations; getting better at risk communication; asking patients what matters most; mobilising receptionists and other face to face staff in pursuit of kinder care.

It is expected that a host organisation will now be sought to take Rethinking Medicine forward nationally.

Webinars will take place on Wednesday 8th April and Monday 11th May. 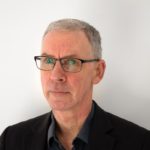 Don Redding is director of @MightyDredd Consulting Ltd and formerly Director of Policy at National Voices, the coalition of health and care charities, which has been a past contributor to the Rethinking Medicine steering group. Twitter: @MightyDredd