Sunday 8 March will mark International Women’s Day (IWD) 2020. This annual event celebrates the wide and varying achievements of women across the world and is an opportunity to highlight the need for continued progress towards gender equality. This year the theme for IWD is Each For Equal, which is based on the concept of “collective individualism.” This is the idea that we are all responsible for our individual actions and behaviours, and although it can be difficult to make an impact on our own, collectively we can bring about substantial changes.

This year’s International Women’s Day is also the 100th and final day of the 100 Word Project carried out by Women In Healthcare Leadership. The Healthcare Leadership Academy (HLA) began the 100 Word Project in 2018, when it initially focused on resilience in healthcare. It asked what resilience meant to 100 people over 100 days. Quotes were released each day, each less than 100 words.

This year the Women in Healthcare Leadership (WIHL) team have taken on this project, but in place of resilience focused on women in healthcare leadership, featuring 100 inspirational women over 100 days.

WIHL is led by a group of HLA scholars and faculty with the objective of working towards removing gender as a barrier to pursuing a leadership role; therefore, ensuring we equip the NHS with representative and discerning leaders of the future. By taking on the 100 Word Project, the WIHL team hoped to showcase the great work being done by so many women in healthcare, while inspiring and encouraging others to achieve their full potential regardless of gender. The project has been heavily supported by men and women alike.

The majority of women featured have been chosen after nominations from their peers. Each answered three questions: what their greatest achievement was, what would they tell their younger selves, and to describe themselves in three words. An inspirational quote from their answers is posted (see image 2) alongside their full responses (image 4). Posts are shared daily across Twitter, Instagram, Facebook, and on the HLA LinkedIn page.

The women we have featured have come from a variety of health professions and have a wide spectrum of career experience, from students to past presidents of Royal Colleges. In their answers, these women have shared prominent life events, personal reflections, and heartfelt advice.

The successes of all these women was, without a doubt, due to hard work and determination; the words they most frequently used to describe themselves were “determined,” “passionate,” and “driven.” 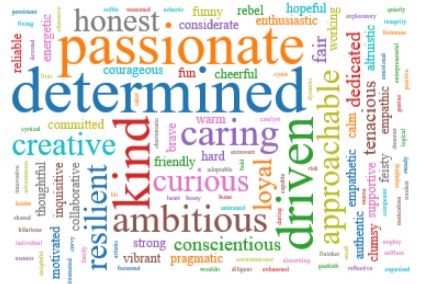 The lessons learnt from them have been more extensive and deeper than a list of admirable character traits though and can be broadly broken down into five recurring themes.

One of the strongest recurring themes among the women we spoke to was their wish that they had been more confident when they were younger, and that they should have had more belief in themselves and their abilities.

We were advised over and again, not to worry so much, especially about what others think of us, and that often the things we see as weaknesses can be what makes us great. 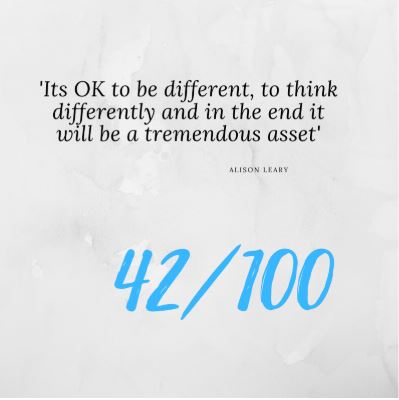 Failure, and the value of learning from it, was discussed several times. We should not be afraid of failure, but see it as the path to progression and improvement.

Say yes to those opportunities we are presented with, and take a view not of “who is going to let me, but who is going to stop me.” (Alison Pittard, day one) 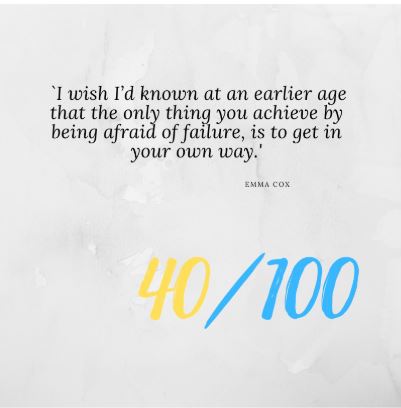 Be kind to yourself, and be kind to others. Champion and lift up those around you. 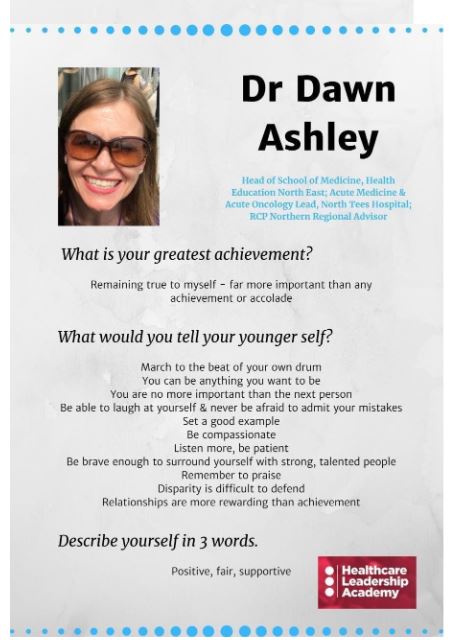 Life, and the career ladder, is not a race; you don’t need to have it all worked out from day one. All those opportunities taken and lessons learnt may end up taking you somewhere unexpected, and that is okay. 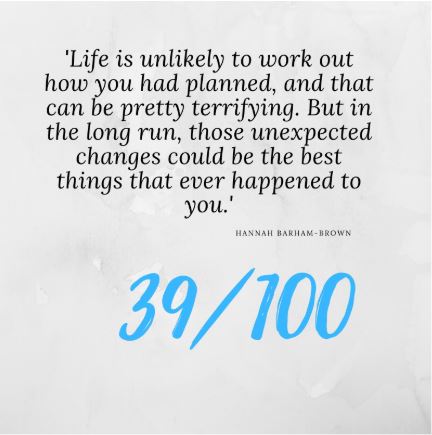 It is essential to set aside time for personal wellbeing, such as exercise and sleep, and to prioritise the things in life that are important to you. For many of the women we spoke to, this meant making time for family or friends. We should understand it is not possible to do everything at 100% all the time, and not feel guilty about this. 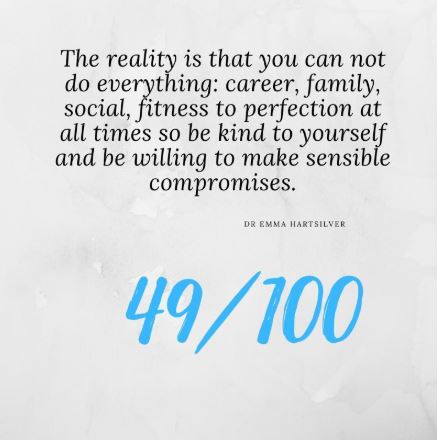 Reactions across social media have been overwhelmingly positive, with many commenting that it has inspired them, and they look forward to the daily post.

“Inspiring to scan the 80 tweets so far. Reminded me in particular how many brilliant, caring successful women I worked with in my NHS career.” (Barry Tennison, Twitter)

“This is such an amazing project, thank you so much for including me in it, it’s the post that I look forward to every morning.” (Cristina Costache, Facebook)

This project has given these brilliant women an opportunity to share their collective knowledge, as well as inspiring others to be their best self. We hope that the ripple effects of this project endure long after 8 March and that readers have been inspired to believe in themselves and what they can achieve. Apply for that job role with confidence; don’t worry so much about the end result, but enjoy the journey; and, most importantly, be kind and #liftasyouclimb.

If you would like to read the 100 posts, all those published so far are available on Twitter @100wordproject, Instagram on 100wordproject, and the100wordproject on Facebook. The 100 women included in this project are listed below.

This piece is jointly produced for BMJ Opinion and The Leadership Blog.

Carina Dowson is an acute medicine higher specialty trainee in the Northern Deanery and a current HLA scholar. Twitter @CarinaDowson

Johann Malawana is best known as the former chair of the Junior Doctors Committee of the British Medical Association, but has held a variety of leadership roles over the past 15 years. Twitter @johannmalawana

Melody Redman is a junior doctor, a leadership fellow (Health Education England Yorkshire and the Humber Future Leaders Programme), and a faculty member of the HLA. Twitter @MelodyRedman

Hazel Awarah is a third year medical student at the University of Exeter and current HLA scholar.