Protecting healthcare staff on the frontline is a critical challenge for this outbreak, says Min Zhang 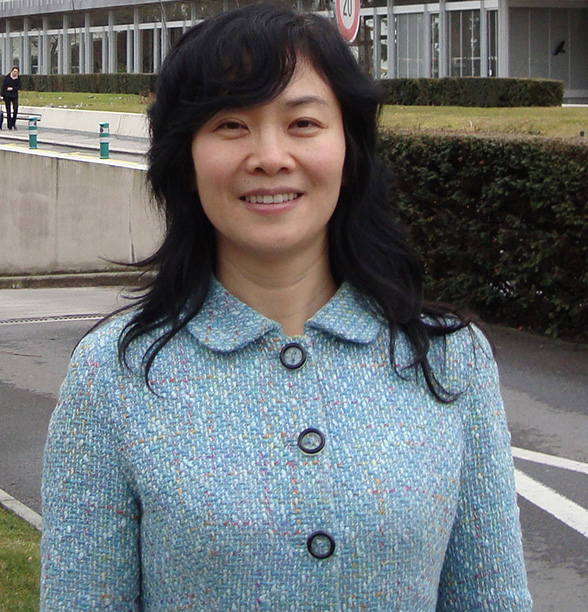 Much has been written about the novel coronavirus now known as covid-19 since the first cases were reported in December 2019. However, one aspect of the virus’s spread that I do not think has received adequate attention is the occupational protection that is being afforded to healthcare workers, which is a critical challenge in this outbreak.

The WHO has been recording the number of confirmed cases of covid-19 globally, although there are not (as far as I’m aware) any official reports on the number of cases among healthcare workers globally. Until 14 February, all we’ve had in China have been anecdotal reports. We have seen, for example, 14 healthcare workers (one doctor and 13 nurses) from a neurosurgery department infected during an operation in Wuhan. A leading expert in pulmonary medicine, who was dispatched from Beijing by the National Health Commission to Wuhan to investigate the outbreak, contracted covid-19 during his field visit. Sadly, on 25 January, the first fatality among healthcare workers in China was confirmed. On 14 February, we had the first official announcement by the National Health Commission on the number of health workers affected. The government reported that as of midnight on 11 February, a total of 1716 medical workers had been infected by covid-19 and six had died.

These cases remind us of the risks that healthcare workers face in being exposed to covid-19, and the need for the Chinese government to take steps to adequately protect this workforce. The lessons we’ve learnt from previous outbreaks have taught us the importance of having robust occupational protection for healthcare workers in outbreak settings. For example, among the 164 Chinese healthcare workers who were dispatched to Liberia in 2014 to provide medical assistance during the Ebola epidemic, not a single team member was infected by the virus. By comparison, it’s been reported that during the 2003 SARS outbreak, one third of the people on the Chinese mainland who died from the virus were healthcare workers.

As part of the Chinese government’s prompt response to the covid-19 outbreak, many provinces have activated a first level emergency response to contain the virus’s spread. In this context, China’s president, Xi Jinping, and the government have urged healthcare workers to take certain precautionary measures, with relevant policies intended to help healthcare workers already integrated into the public health emergency response. For example, at the technical level, a national guideline on diagnosing and treating covid-19 has been developed and implemented, which includes detailed information on procedures healthcare workers should follow and best practice for protecting themselves against different infectious risks.

Measures to offer financial support to staff have also been rolled out. Not only does covid-19 now qualify for the work-related injury insurance that is given to healthcare workers, a temporary subsidy has also been provided by the central government to people working towards the outbreak’s prevention and control.

Yet despite all these efforts, gaps still exist between these well intentioned policies and the effective protection and support of staff. I’d argue that three aspects are of particular importance.

Firstly, healthcare workers’ need for protective equipment at work has been outpacing supply. From the initial phases of the outbreak, there have been shortages of personal protective equipment, such as suits, masks, and eye protection. Numerous outlets have cited these shortages happening in various health services, with some outlets even reporting that in some instances medical staff had resorted to using raincoats for protection in a county hospital.

Secondly, the continual reports of healthcare workers becoming infected would suggest that staff are not always aware of or able to implement the standard precautions, as required by the technical guidance provided by the National Health Commission and World Health Organization (WHO). This seems to especially be the case for those who work in posts outside of the emergency department or infectious disease, or the designated hospitals that have been established for covid-19. For instance, five medical workers in a Beijing hospital’s cardiology department were recently infected. Making sure that staff have the awareness and capacity to protect themselves is especially a challenge in local level health services.

Thirdly, there is no standardised procedure for daily or even routinely carrying out the health surveillance and environmental monitoring of healthcare workers. In the case of this outbreak, during the pre-deployment stage, healthcare workers had no national standards for health conditions that might rule out their treating patients who have been infected. For example, guidance from WHO and the International Labour Office on occupational safety and health in public health emergencies recommends that pregnant healthcare workers should not have emergency duties.

Furthermore, there has been no clear national criteria for how healthcare workers taking care of patients with covid-19 should have their shifts and working patterns organised, combined with the ongoing monitoring of their health. It’s worth noting, however, that this is starting to be gradually emphasised by individual hospitals and local governments, due to the shortage of healthcare workers.

Similarly, support for the mental health of healthcare workers (with a view to preventing stress, burnout, or post-traumatic stress disorder) was not given priority in the early stages of the outbreak, although the government has recently introduced new measures in a bid to try and support staff. Earlier this week, for example, the central government announced that healthcare workers will have improved access to psychological crisis intervention and counselling, and instructed local authorities to ensure medical staff have adequate working conditions, including access to food, rest, and equipment.

In the long term, the outbreak of this virus has underlined how crucial it is for China to develop a comprehensive system that provides occupational health for healthcare workers at each health facility, with essential preventive services provided. To this end, investing in the occupational health of workers should be included in the annual budget of all health facilities.

Acknowledgement: The author would like to thank three WHO officers, Rokho Kim (WHO headquarters), Ivan Ivanov (WHO headquarters) and Gauden Galea (WHO representative for China), for their professional comments to this article.