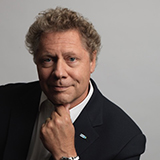 As the outbreak of this new coronavirus continues to escalate, efforts to develop a vaccine against 2019-nCoV are intensifying. With several now in development, this is critical work that must continue, and at a pace. But, given that it will take at least a year before one is ready for widespread use, it is now clear that the speed at which 2019-nCoV is spreading demands a more immediate solution; namely preventing its further spread through traditional, but potentially less effective, public health measures, such as containment and isolation. So, by the time a vaccine is available, we can only hope that we will no longer need it.

But why is this? In emergency situations, why can’t we produce new vaccines in a more timely fashion, so they can be used to help stop the initial spread of a disease and prevent outbreaks from escalating? The simple answer is, we could. But historically there has been little backing or interest in developing vaccine technologies against what have been seen as unprofitable, remote, or theoretical threats, that is until they become potentially lucrative or threatening global realities. Unless we change that mindset, we will always be on the backfoot, and in an emergency that can cost valuable time and ultimately lives.

Part of the problem is risk perception. Despite all the hard lessons learned from outbreaks like SARS and Ebola we are still not seeing the emergence of new diseases, or their novel means of transmission, as an evolutionary certainty. It’s a threat made worse by human activities, such as deforestation, which increase the chances of humans coming into contact with new diseases. Similarly, population growth, urbanisation, and human migration make the spread of pathogens easier than ever before. And yet, despite this we still wait until infectious disease poses a global health security threat before treating it like one.

Often the reason given for the delay is the amount of time it can take to develop vaccines, and traditionally it is true that this can be considerable. First there is the core research needed to create an antigen to trigger the appropriate immune response to protect people. But the fact that potential vaccines were being announced within days of the 2019-nCoV’s genome being published, shows that for some diseases, like coronaviruses, science can move swiftly.

Then there are the time-consuming regulatory-controlled processes needed to carry out trials to ensure a vaccine is both safe and effective. This is necessary even in an emergency. As context, when the West African Ebola epidemic erupted in 2014, several vaccine candidates already existed. The first of these, Ervebo, is one of the fastest ever vaccines to gain regulatory approval and that still took five years. During this time, we were able to use the vaccine in an investigational capacity during an emergency setting, such as in the Democratic Republic of the Congo where it has played a vital role in preventing Ebola from spiralling out of control. But these important required processes meant that when it was first used during the West African epidemic, it wasn’t available until the very end of the crisis, where its role in stopping the outbreak was very limited.

We can improve the speed of trials by using innovative adaptive trial designs.  This will increase the speed in obtaining an answer of whether the vaccine works but it still requires substantial time.  A better way to accelerate availability is to do trials in advance. Vaccine platform technologies have the potential to do this by taking a more modular approach. These involve having a single common molecular platform, capable of carrying a range of different antigens for a given class of disease. By carrying out the majority of the safety trials before it is needed on this platform in advance, essentially kicking the tyres, and then adding a new antigen when an outbreak occurs, it becomes possible to rapidly accelerate the time it takes to develop a vaccine in an emergency.

This is basically what happens every year with seasonal flu vaccines, and why they are able to reach the public so quickly. But while the variations in influenza are relatively well understood, we need new platforms for other types of disease. The good news is that since the West African Ebola epidemic we now have the Coalition for Epidemic Preparedness and Innovation (CEPI) encouraging their development. And indeed, with CEPI backing one of the 2019-nCoV vaccines now being developed is a novel platform technology.

Even if vaccines like this aren’t available in time to help stop the current outbreak, their development has huge potential help with future outbreaks of similar diseases. But if we truly want to prevent outbreaks from escalating like this, then we need to recognise infectious disease as the global health security threat that it is, and stop waiting until outbreaks occur before trying to prevent them. With global leaders meeting at the Munich Security Conference next week, and with the coronavirus still spreading, this should be high on the agenda. Because it’s not that vaccines are too slow to develop, it’s that we are too slow recognise our need for them and resource the effort appropriately.