Tanisha Spratt, Susan Jebb, and Paul Aveyard consider the reactions to CRUK’s 2019 obesity campaign and the lessons that can be learnt

In July 2019 Cancer Research UK (CRUK) launched a renewed campaign to highlight the association between obesity and cancer. It sought to raise awareness of the fact that obesity is currently the second largest preventable cause of cancer after smoking, and to highlight the significance of obesity as a growing public health issue. This campaign received a great deal of criticism and backlash from those who perceived it as an attempt to “fat shame” individual people living with obesity.

Critics argued that the campaign sought to demonise individuals by suggesting that obesity is something one can control, rather than something that occurs as a result of numerous environmental, social, and political factors.1 Framed as a preventative measure, this campaign seemed to suggest that because obesity increases one’s risk of cancer, and can be reduced by behavioural changes, one is personally responsible for decreasing that risk by losing weight. Many argued that in doing so it overlooked the negative impact that anti-obesity messages could have on the mental health of people living with obesity, and could be seen to spur further weight-gain by encouraging feelings of shame. Danish comedian and activist Sofie Hagen argued on Twitter, “[s]ociety viewing fatness as a negative thing is a thing that kills more than the cancer that you MIGHT get due to MAYBE something to do with you POSSIBLY weighing MORE than a CERTAIN weight POSSIBLY MAYBE.”2

CRUK did not purposefully seek to offend people with obesity or negatively affect their mental health. Approaching obesity from a biomedical perspective, they sought to draw attention to evidence suggesting a causal link between obesity and cancer.3  The primary contention between CRUK and critics of the campaign centred around whether or not obesity should be deemed a medical issue. Whilst CRUK, along with numerous other medical bodies and charities, clearly view it as such, many activists and body positive groups view excess weight as nothing more than a bodily characteristic that distinguishes them from those with “normative” (i.e. slender) bodies.

Those who view their excess weight as a form of natural diversity in a similar way to eye colour, hair colour, height, etc. often reject the term “obesity” because they see it as an attempt to “medicalise” a “non-medical” issue.4 Parallels are often drawn between the medicalisation of obesity and the former medicalisation of homosexuality, whereby people were thought to have contracted a “disease” that “caused” their homosexuality. In this way, resisting the medicalisation of fatness by rejecting the term “obesity” serves as a political effort to highlight the ways in which overweight people are marginalised and stigmatised as a minority group. By drawing parallels with civil rights efforts from race, class, and disability activists, those who hold this view argue that campaigns like CRUK’s which seek to highlight the negative health implications of obesity are “false” and constitute “fat shaming.”

This contention has sparked national debate about the nature of offence in countries like the UK that arguably stress the need for “political correctness” in all conversations concerning identity politics.5 Many responded to Hagen’s Tweet by emphasising the importance of “real science” over “hurt feelings”. In doing so they suggested that Hagen’s response to this campaign was emotive and uninformed by scientific fact or any medical understanding of obesity. Yet increasing resistance to this viewpoint, as shown by the growing popularity of the Body Positive Movement and fat activism, clearly shows a need for health practitioners to engage with those who are critical of their findings in order to convince them of the health advantages of preventing or treating obesity.

How might these two positions be reconciled? We may need to acknowledge that by creating division and dissent, the CRUK campaign has not achieved its goal to galvanise support and action to reduce obesity rates. However, the divisions that this campaign has highlighted may have proved beneficial as it has alerted us to the need for a greater understanding of how obesity is conceptualised from different perspectives.

For decades the prevailing narrative has been of personal responsibility, but it has clearly failed to prevent a rise in obesity. Blaming people with obesity for their excess weight has not helped them to lose weight – quite the reverse; all the evidence points to the effectiveness of providing external support as a more successful approach.7 The time has come to acknowledge that policies tacitly based on the model of obesity as a failure of willpower have failed. To overcome the policy inertia we need to accept a more complex model of obesity, to unite against the forces which make it harder for everyone to control their weight and to demand that policymakers take action where the market is failing. 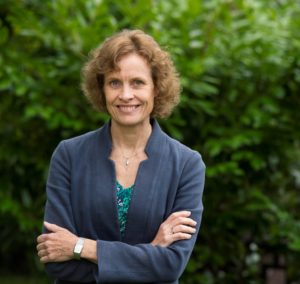 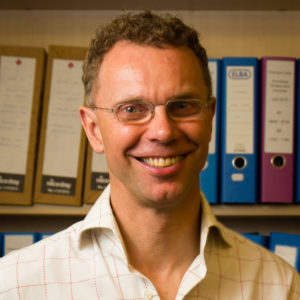 Paul Aveyard is a public health physician, practising GP, and professor of behavioural medicine at the University of Oxford, UK.

Competing interests: PA and SAJ have previously conducted studies in which weight loss interventions were provided to the NHS by WeightWatchers, Slimming World, or Rosemary Conley.