Psychological contracts exist between medical trainees and their training institutions that involve a series of expectations and implied promises. [1] There is evidence that in the eyes of medical trainees such expectations and implied promises are being violated given current high levels of burnout, career regret, and psychological distress observed within their cohort. Too many early career violations of perceived promises and expectations produce doctors who think in a more self-interested, transactional, and short-term way about their careers. Implied promises can be general, like expecting to be treated fairly, or more specific, such as not being given too high a patient workload. Psychological contracts are subjective; this makes them more likely violated when people think their expectations have not been met, whether it is objectively so. [2]

We believe that too many medical students and young doctors at present experience psychological contract violations with the institutions responsible for training them. The literature suggests that negative psychological states like burnout, distress, and depression are evident in physician trainees during their foundational years implying that psychological contract violations are occurring from the first day of medical training, in systems as varied as the United States, Canada, and the United Kingdom. [3-7] Meaningful percentages of physicians leaving residency training in the U.S. already express regret for choosing a medical career. [8]

The medical training culture still contends with issues of mistreatment, sexism, and exposure to unprofessional and abusive behavior. [5,9] Despite recent efforts at small-scale reform, medical training remains defined by a rigid curriculum focused on “book smarts” and high-stakes, standardized testing that gives many students the perception of a one-size-fits all training experience that is somewhat joyless and overly routinised. [7]  Research shows that the medical training environment still has too many poor role models; promotes hyper competition among students; avoids a heavy focus on personal growth; and works off punitive feedback systems centered on blame.[10,11]

As well as producing a variety of negative psychological states, these early contract violations open deep fissures in the trust between medical student and training institution. This situation may help to explain why young physicians now emphasize values and preferences aimed at work-life balance, job security, and establishing a healthy career lifestyle, and steer towards becoming salaried employees and entering certain clinical specialties to achieve these goals—typifying in some cases more transactional thinking around career choices. [12]

Residency or specialty training produces additional perceived contract violations that further this type of thinking. Young physicians engage in multi-year work experiences where they are asked to work long and unpredictable hours; given less job flexibility; paid less than they believe they are worth; continue to be treated at times in less professional ways; and are exposed to the harsh realities of patient care in performance- and efficiency-obsessed delivery systems. [13] This can convince some that fairness from their future employers is less possible, which may then feed into additional feelings of burnout, career regret, and job dissatisfaction, as well as poorer job choices.

Building greater mutual trust between medical educators and physician trainees through greater recognition and meeting of the latter’s expectations is imperative. Psychological contract theory highlights the role of trust in reducing the potential for contract violations to occur. Trust is a powerful predictor of whether contract breaches will occur, and greater initial trust in a relationship lowers the potential for individuals to experience breaches over time. [1]

A cursory examination of the first interactions that physician trainees have with medical schools and residency or specialty training programmes suggests that from day one, the relationships begin somewhat adversarially, suspiciously, and with potentially lower levels of trust between the parties. The relationships often begin as one-sided, when schools and programmes put trainees through a series of achievement hurdles to earn the right to enter into a relationship with them. This creates power asymmetries that convey to trainees their relative lack of influence over the selection process. Physician trainees are expected immediately to both learn and comply with the norms of their training organisations (e.g. “the hidden curriculum”), regardless of whether they agree with them. [14] These realities can foster apprehension and cynicism in the trainee towards the institution from day one.

Creating greater trust from day one is a multi-faceted endeavour. Broadly speaking, it requires meaningful changes in how trainees are recruited and selected for participation in a medical school or residency programmes. It requires reform to the negative cultural elements to which trainees are exposed. It must involve transparency in the narrative offered by the training institutions related to what trainees can expect in the way of treatment, education, and support once they gain participation in the organisation. This way trainees can make choices that are more informed and potentially adjust the nature of what they believe the organisation owes them. Training programmes must better assess both formally and informally, what trainees expect and feel they deserve from training, so they are more aware of how to understand and fulfill the latter’s perceived obligations. Through these adjustments, medical educators and physicians-in-training will understand and believe in one another more strongly, forging the kinds of psychological contracts that produce better physicians. 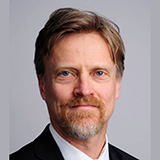 Timothy Hoff is Professor of Management, Health Care Systems and Health Policy at the D’Amore-McKim School of Business and School of Public Policy and Urban Affairs, Northeastern University, Boston, and a Visiting and Associate Fellow at Green-Templeton College and Said Business School, the University of Oxford. 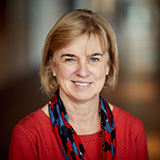 Sue Dopson is the Rhodes Trust Professor of Organizational Behavior at Said Business School, and Fellow of Green-Templeton College at University of Oxford 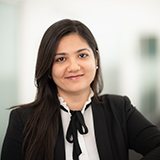 Mahima Mitra is a Research Fellow at the Saïd Business School and Academic Associate of Brasenose College, University of Oxford.