Most doctors, like me, have spent time as a stressed junior clinician, snaffling food from drug company funded meetings, stockpiling branded pens and notepads, and waiting for the day when they get all-expenses-paid trips to beachside meetings. Over the years I have prescribed the drug that was mentioned just now in the lunch, given patients the free samples designed to lure us both into longterm prescribing habits, and found myself in multi-disciplinary team meetings agreeing to stay silent about competitors’ products because the drug rep was in the room. Perhaps, like me, many doctors are also wondering why we let the drug rep into the room.

A few years ago I began working with a dataset that my research colleagues put together. It is an excel spreadsheet listing all the money that drug companies were giving away to doctors and others for lunches, conferences, more lunches, and advisory services.[1] It was a lot of money—millions of dollars—and this wasn’t happening in some far-away place in a far-away time, this was happening now, here, in my own country. It didn’t take a genius to work out that drug companies were not doing this because of their bleeding hearts. This was marketing. And as much as we nice Aussie doctors might like to deny it, I began to suspect those companies knew that their money was affecting us.

I’m a bit late to the party: many people have been worried about industry funding in healthcare for years, and there is lots of evidence showing that doctors are susceptible to a bit of money and marketing. [2,3,4,5] Maybe not much, or not all of the time, but if you multiply that by a lot of doctors, it has a big effect on patients. The BMJ’s special issue highlights these concerns and ways that we might all think about extricating ourselves from industry sponsorship.

I came away from those talks full of admiration, especially for the smaller groups, where often the staff are people living with an illness who see the need and understand the problems and just want to be part of the solution. But I also came away worried.

As I report in a research paper published in The BMJ, many of the people I spoke with told me that drug industry money was only flowing to their groups when a company had new drugs to market. [7] And some explained their group had actually been set up by a drug company that had products under patent but no relevant patient group to spread the marketing message—not quite the grass roots organisation I had expected. If drug money is being spread unevenly, favouring groups whose missions suit the industry, it seems to me that patient groups with messages that don’t align with drug companies’ current profit-making interests will be relatively less wealthy and their voices will effectively be silenced. If we fail to support our vulnerable people, so that groups are shoe-horned into accepting drug company funding, well, I guess we get the result that we deserve. If we enable drug companies to drive patient group sector advocacy, research and education, then potential pharmaceutical solutions will continue to be prioritised over time, compassion, exercise, talking and all those other useful management strategies that we should pay more attention to.

One of the best things to come out of this research was meeting people working in patient groups who want the best for their members and the public. We’ve got a team now—academics and patient groups—and we’re in the midst of planning a public meeting for next year so that we can talk more about this, and share ideas, concerns, and talk about solutions. I’m not interested in shrugging my shoulders and saying, it’s all too hard. I’m keen to see what we can do together: can we agree on practice, can we separate fundraising from advocacy and education, can we disengage?

Read the full collection: Commercial influence in health: from transparency to independence 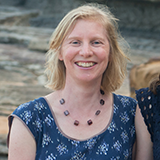