The real question now is not whether young physicians should have a voice in politics, but just how loud it will become

“Post-election Thanksgiving may be stuffed with conflict, worry”

These are just a few of the dramatic headlines that followed the November 2016 election of Donald Trump as the 45th US President. News of widespread post-election stress, anxiety, and trauma dominated the popular media, including reports of increased calls to suicide hotlines and demand for mental health services. Retail sales dropped, and even online dating messaging took a dive. A spate of “how to” articles followed, recommending everything from baking muffins to viewing meditation GIFs for post-election self-care.

Unlike most others going through this experience, we realized that we might have data to help understand the reaction to the election. We had already been collecting daily mood data for years as part of the Intern Health Study, a nationwide study of stress and depression in first year medical residents. So what did we find? Right after the election we noted a dramatic drop in mood among interns—larger than anything we had ever seen in the history of the study. In fact, this decline was fourfold greater than any other day we had tracked, with women experiencing double the mood drop as men.

This suggested to us that young physicians were deeply engaged with and affected by the election, even during the high demands and time constraints of a strenuous year of internship. This also illustrated the extent to which the 2016 election was experienced as deeply personal and distressing for so many young women in medicine.

In the weeks and months that followed after Trump assumed office, we watched as politics became an increasingly central part of American daily life. With similar large-scale political issues playing out across the globe, such as Brexit in the United Kingdom, we became even more interested in understanding the effects of contemporary politics on the mood of young physicians—a topic that is dear to our research team.

In an attempt to capture this, we used History.com and Google Trends to identify the most influential recent political and non-political US events and then compared interns’ mood following each event with a prior control period. The results were striking—the majority of these influential political events appeared to be correlated with changes in mood while none of the non-political events had a significant association.

What does this mean for medicine? Recently, a Wall Street Journal op-ed argued that medical schools are increasingly focusing on political issues such as social justice at the expense of the traditional curriculum of “medicine”. This piece created quite a furor in the medical community, once again stirring up a renewed discourse on the role of politics in medicine. Our findings add to this important discussion by confirming that young physicians today are already highly engaged with politics and even feel its effects in their mood.

Is there a place for politics in medicine? In our opinion: Yes. With ongoing national and international debates on issues such as healthcare reform, women’s access to reproductive health services, and immigration, physicians need to provide their critical voice to discussions that will impact patients. Moving forward, entanglement between politics and medicine may not only be an increasing reality, but a necessity. As the legendary German physician Rudolph Virchow noted over a century ago: “Medicine is a social science, and politics is nothing more than medicine on a large scale.”

The real question now is not whether young physicians should have a voice in politics, but just how loud it will become. 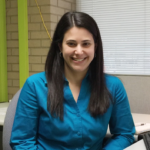 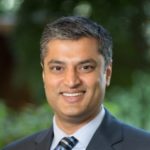 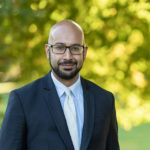