Last week I discussed expiry dates of medicines, how they are determined and some major concerns about exceeding them—loss of drug activity during storage (through loss of compound or interconversion of stereoisomers, as in the case of adrenaline) and degradation to toxic compounds, as in the case of tetracyclines. For example, although many medicines are stable for many years after their expiry dates, provided their containers have not been opened and they have been stored in adequate conditions, others are not, as in the case of aspirin, which deteriorates, albeit after many years.

According to the World Health Organization’s guidelines on packaging for pharmaceutical products (Annexe 9, WHO Technical Report Series No. 902. 2002. Geneva: WHO, 151):

“All ﬁnished drug products should be identiﬁed by labelling, as required by the national legislation, bearing at least the following information:

(a) the name of the drug product;

(b) a list of the active ingredients (if applicable, with the International Nonproprietary Names (INNs)), showing the amount of each present, and a statement of the net contents, e.g. number of dosage units, mass or volume;

(c) the batch number assigned by the manufacturer;

(d) the expiry date in an uncoded form;

(e) any special storage conditions or handling precautions that may be necessary;

(f) the directions for use, and any warnings and precautions that may be necessary;

(g) the name and address of the manufacturer or the company or person responsible for placing the product on the market.”

The guidelines also refer to the patient package insert, which “provides the patient with key information concerning the proper use of the product, potential adverse drug reactions and interactions, storage conditions, and the expiry date.”

In some cases, harms have reportedly resulted from wrong expiry dates. For example, the erstwhile UK National Patient Safety Agency, whose reports have been archived, reported a series of 4829 “patient safety incident reports” (by which they meant “harms”) involving anti-cancer medicines, which had been reported to the NPSA between 1 November 2003 and 30 June 2008; about one third were associated with the use of the wrong dose, dosage strength, or frequency of administration, and about 5% were attributed to the wrong expiry date.

In another case the printed labels on ampoules of bupivacaine were stuck on in such a way as to obscure the expiry date, which had been embossed on the bottom of the ampoule. The manufacturer reported the actions that they were taking to minimize the risk of a recurrence.

In 2006 the US Shelf Life Extension Program reported that 2650 (88%) of 3005 lots of 122 different medicinal products stored in their unopened original containers remained stable for an average of 66 months after the expiry date; 312 lots (10%) remained stable for more than four years. However, failures arose in 479 lots (16%) from loss of potency, the presence of impurities, or changes in pH, water content, dissolution characteristics, or physical appearance. Nevertheless, there were no failures within one year after expiry. Furthermore, the risks of failures varied with time. For example, diazepam autoinjectors and doxycycline tablets had no failures until the sixth year of testing; in other words, previous stability does not guarantee future stability. These data show how hard it can be to be sure that expiry dates can be extended and for how long.

In July 2019 the UK government passed legislation allowing community pharmacists in England to vary the instructions in an individual prescription without consulting the prescriber, and to dispense appropriate alternatives to cover serious shortages of medicines under so-called Serious Shortage Protocols. The legislation was first used to extend the expiry date of fluoxetine formulations (Figure 1); the extension lapsed when the shortage resolved. 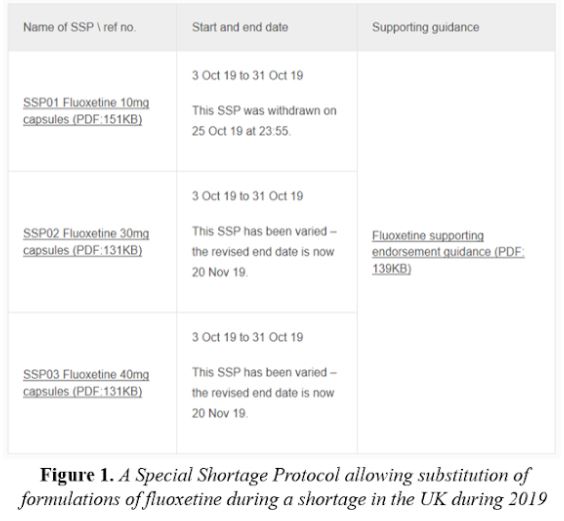 This method of coping with shortages is likely to be used again when necessary. It should preferably be limited to relatively short periods of time and apply only to products that are still in their original containers and have been properly stored. 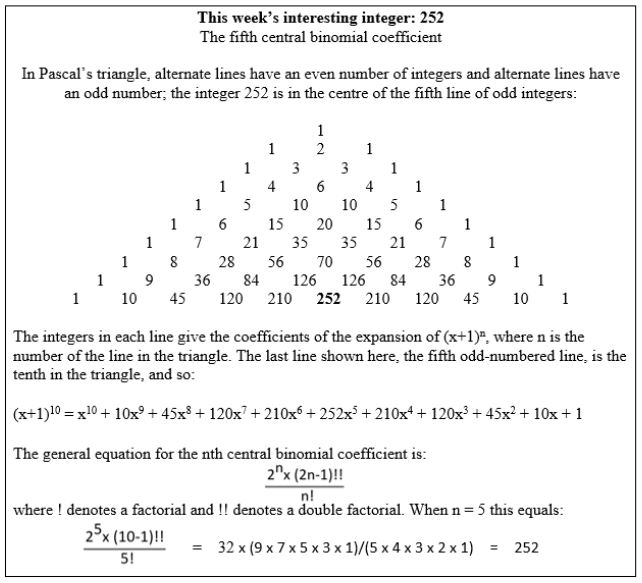