I’m often asked why, as a doctor, I am so concerned about the climate crisis.

The links between climate change and health aren’t usually at the front of the climate debate. But given that the Lancet has cited climate change as “the greatest threat to health of the 21st century”, and the World Medical Association last month declared a climate emergency, the absence of the mention of health or the NHS in last week’s general election climate debate is concerning.

The climate crisis already impacts health in a number of ways which are set to intensify on our current trajectory. The direct impacts on health are usually those which result from extreme weather events, for example, physical injury or death that results from typhoons or forest fires, or the rise in cardiovascular incidents such as heart attacks and breathing problems such as asthma attacks, during heatwaves.

Indirect impacts on health encompass more insidious changes as a result of climate and environmental degradation. Drought, desertification, and salination will impact crop yields and our ability to access nutrient rich food. As water and other resources become more scarce, the risk of conflict over resources increases. Changing climates will alter where vectors of diseases such as malaria, dengue, and zika live. These impacts fall under the umbrella of the broader “social, political and environmental determinants of health,” in recognition that ill health is often the outcome of societal shortcomings, including housing, employment, food, community, and access to green spaces.

Less discussed is how our health service is contributing to the climate crisis. The NHS produces 5.4% of UK total carbon emissions, and globally if healthcare were a country it would be the fifth largest emitter on the planet. While our primary priority is to our patients, given that climate change is such a threat to health, we would be doing our communities a disservice if we didn’t actively consider how we change our practices in terms of prescribing, estates, transport and plastic waste. We should take the lead from Newcastle Hospitals NHS Trust who have declared a climate emergency and are implementing a sustainability plan to achieve carbon neutrality.

The process towards decarbonisation doesn’t need to be arduous or painful, and there are numerous recognised health co-benefits of moving towards greener economies. In Tower Hamlets where I work, children have 10% reduced lung capacity as a result of air pollution. Strategies to reduce polluting vehicles on our roads will not only make our children healthier, but encourage our councils to provide better public transport. Active transport such as walking and cycling is beneficial for our health, as well as reducing pollution. Time spent in green spaces, such as participating in a tree planting scheme, has been shown to be hugely beneficial for our sense of community cohesion and mental health, as well as the environment. Supporting locally sourced food is a way of strengthening our local economies and ensuring healthy diets while reducing air miles. Retrofitting housing can help tackle pervasive fuel poverty and winter deaths, while providing green jobs.

What was heartening to see from the election climate debate—and telling in the absence of Boris Johnson and Nigel Farage—was the general cross-party consensus that the climate crisis is real and that we need to act.

I work as a doctor in a system where many other public services have been streamlined and closed down. Every day I see people who suffer as a result of poor nutrition, damp houses, air pollution, and poverty. These are only set to worsen with climate change. As doctors, we are bound by an ethical code of good clinical practice and evidence based medicine. We must act promptly when patient safety may be compromised, and show our commitment to the children marching on our streets as part of the school strikes.

This election gives us an opportunity to vote for health by voting for strong action on the climate. Unless we recognise health and climate as two sides of the same coin—health being a contributor and an outcome of the climate crisis—we as health professionals will unfortunately have to continue picking up the pieces on preventable ill health. 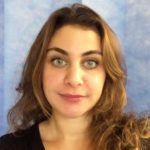 Rita Issa is an academic clinical fellow in general practice and members of Doctors for Extinction Rebellion.