With every passing day, people around the world are increasingly feeling the devastating effects of our changing climate. Last week, Typhoon Hagibis swept through Japan, leaving over 70 people dead as thousands more remain displaced or without power in temperatures below freezing. This is just the latest natural disaster to threaten the health and wellbeing of thousands of people, but as 16-year-old climate activist Greta Thunberg recently reminded us, it won’t be the last.

The gains we have made in protecting and promoting human health, such as bringing hundreds of millions of people out of poverty around the world over the past half century, remain under threat as the planet’s basic life support systems begin to destabilize. Super storms, unprecedented floods, withering drought, runaway wildfires, spreading disease and deadly air pollution are all increasingly impacting people across the planet.

The face of the climate crisis is no longer only polar bears floating on melting ice sheets. It is the nine out of ten people who breathe polluted air every day. It is the millions of climate refugees who have fled their homes due to flooding, desertification or other natural disasters. It the growing and shifting burden of disease. The climate crisis is, at its core, also a health crisis.

It’s time to think of a solution that takes this two-fold challenge of population and planetary health into account. To achieve a healthier world, the health sector must take action now to combat climate change.

Health professionals often witness the climate crisis firsthand. They are the first responders in natural disasters like hurricanes and wildfires, treating those who are affected by extreme weather events. They also understand the consequences of climate-related illnesses: air pollution kills 7 million people every year.

Unfortunately, the health sector is unwittingly contributing to the global death toll brought on by a changing climate. In the first-ever comprehensive global study of its kind, Health Care Without Harm and the engineering firm Arup found that health care’s climate footprint is equivalent to 4.4 percent of global greenhouse gas emissions. To put this in context, if the health sector were a country, it would be the fifth-largest emitter on the planet, right behind Russia.

Health sectors in high-income countries have a greater responsibility to take action on the climate crisis. Health systems and supply chains in countries like the United States, China and the European Union account for more than half of the health sector’s worldwide emissions. Meanwhile, the health systems in poor and vulnerable communities contribute the least to worldwide emissions, yet are more likely to suffer from the climate crisis’ destructive effects. As diseases spread and extreme weather events become more common, weak health systems in many low-income countries will become even more overburdened, leaving many without access to essential health services.

Despite these challenges, we’re starting to see signs of progress. Last month, global leaders came together to make two of the most important decisions regarding the future of our health and our planet’s wellbeing. At the recent United Nations meetings on Universal Health Coverage and Climate Action, 65 countries committed to cut greenhouse gas emissions to net zero by 2050 and many more countries agreed to take concrete action to ensure all people, no matter where they live, can access quality, affordable health care.

Health care policymakers and practitioners are beginning to take action to address their own role in the climate crisis. In several low-income countries, primary health care initiatives are using renewable energy to power clinics and increase access to health services. In high- and middle-income countries, several leading hospitals and national health ministries are charting a course to zero emissions. UNDP and Health Care Without Harm are working with health systems, governments, suppliers and manufacturers around the world to decarbonize the global health care supply chain.

These inspiring signs of leadership emerging around the world are encouraging, yet we must do more to radically reduce the health sector’s emissions to zero by 2050. We must make systemic changes to reduce the health sector’s environmental footprint globally and speak out for a global transition to clean, renewable energy. We must build strong health systems that are resilient to climate shocks and protect public health from the effects of climate change.

We have no other choice, because if our planet is sick, our people will be, too.

Josh Karliner is international director, program and strategy for Health Care Without Harm. 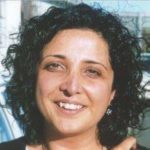