A year on from his death, Marialena Trivella remembers Doug Altman and his lasting legacy on medical research, his colleagues, and friends 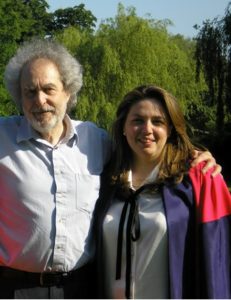 It is just over a year since Doug Altman died. Is a year a long time? It is all relative of course, but it feels a long time without Doug’s presence. A recent analysis paper may well be his last publication in The BMJ. [1] It was published a year after his death. Fittingly, the paper highlights problems with the design and analysis of research in a specific medical area. Doug’s talent in astutely probing research methods was one of his best known attributes.

Doug was the “go to” person for big and small questions. He was deeply knowledgeable and forward thinking, and he welcomed queries and visits from colleagues and collaborators seeking advice, guidance, or just a sounding board for discussing challenging methodological explorations or invitations to pioneering initiatives. He took great pleasure in sharing his expertise with humour and passion, and he had a unique insight into usual and unusual problems (statistical or not). He was an excellent communicator, inspiring teacher and collaborator, humble in nature but generous in spirit; a rare gem of a human being and a true friend. Personally, I feel blessed and inspired to have known him as a colleague and friend for the best part of 20 years.

Almost every person who knew him used the sentence “I’ll just have a quick word/email with Doug” at least once, if not multiple times. After June 2018, this was quickly replaced by “What would Doug think?”

The value that people attached to his professional opinion is a notable legacy in itself. But perhaps a legacy of much greater value is that those inspired by Doug can now give an answer to these questions with a degree of certainty, and follow his footsteps by abiding by similar principles.

It is difficult to explain the huge loss of Doug to people outside the area of medical research. During a vain attempt with colleagues to best describe the spirit of Doug, the fictional headmaster Albus Dumbledore from the Harry Potter series was brought into the conversation. Call it a transfiguration spell if you must, but suddenly the penny dropped and my interlocutor—although not a dedicated Harry Potter fan himself—immediately understood exactly who Doug was; he was the “Albus Dumbledore of the medical research world”, with many of the character’s qualities, and rightfully being treated with the same awe and affection as the fictional headmaster. Amazingly, and amusingly, you could take many references to the fictitious white haired wizard and apply them directly to the real white haired professor.

According to JK Rowling, author of the Harry Potter series, Dumbledore (briefly) “knows pretty much everything”, “he has always had to be the one who knew, and one who had the burden of knowing”, and “he is a genius, a very kind and wise man”. [2] People like Doug may be portrayed well as fictional characters, but don’t come about very often in real life. That is why his legacy lives on and will guide generations of researchers in performing their magic in research in medicine.

So, what would Doug think now, a year on?

Doug channelled the exasperation he felt strongly about the scandal of poor medical research into positive, remedial action. [3] Through a mixture of pleasure and duty, he tirelessly and almost single-handedly forced change in the way we do research in medicine, [7,8] and established long lasting and beneficial foundations for the future of the field: the CONSORT(Consolidated Standards of Reporting Trials) guidelines, the EQUATOR (Enhancing the Quality and Transparency of Health Research) Network, and some Cochrane Methods Groups, [9,10,11] just a few of many examples. 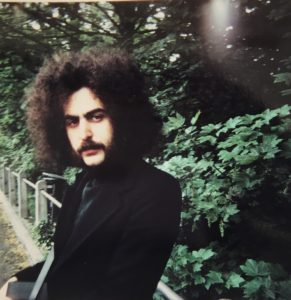 I am guessing that Doug would be initially surprised, possibly mildly horrified, but ultimately humbly amused to find himself referred to as the “Albus Dumbledore of medical research” (even more amused by the thought that he too, had longish⁠—albeit not white⁠—hair in his younger days) and possibly resonate with the headmaster’s wise words: “I have been hoping for this piece of evidence for a very long time. It confirms the theory on which I have been working, it tells me that I am right, and also how very far there is still to go…” [12]

There is no greater legacy than his colleagues, friends, and collaborators being able to answer with confidence the question ‘what would Doug think?’, and follow his ethos.

Acknowledgement: Many thanks to Sue Altman for reading the piece and a photo of Doug. 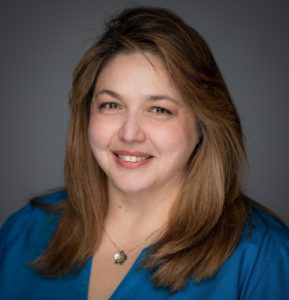 Marialena Trivella is senior researcher at the Centre for Statistics in Medicine, Nuffield Department of Orthopaedics, Rheumatology and Musculoskeletal Sciences, University of Oxford.