Thyme (genus Thymus), is the name given to a range of plants, members of the Lamiaceae family. [In Greek λάμια means a gaping mouth, describing the shape of the flowers; lamia also meant a shark and the Lamia was a voracious monster.] Thymus vulgaris, or garden thyme, is an aromatic evergreen herb, primarily used for culinary purposes. 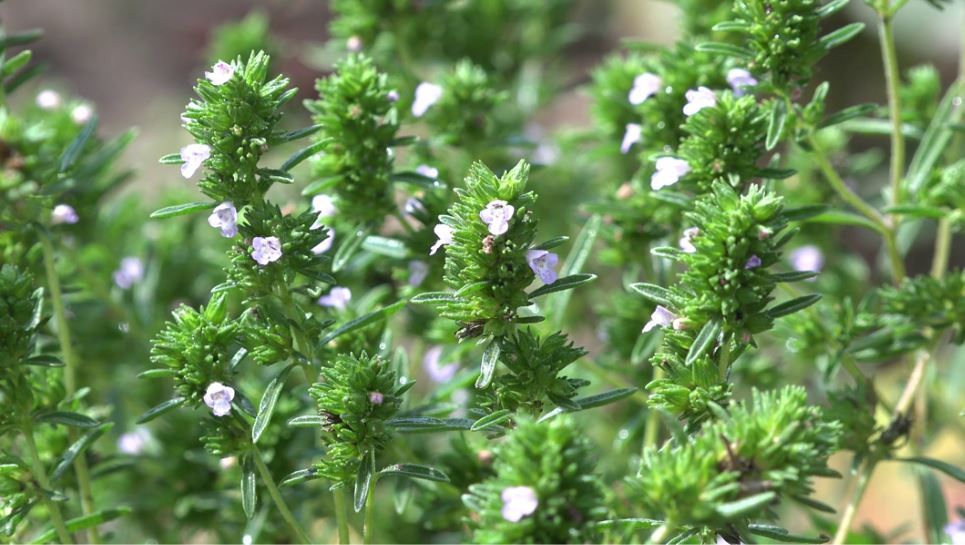 The Greek word θῡμός, the soul or spirit, also connoted courage, which some have suggested the plant inspired. A related verb, θῡμειν, meant to anger or provoke. But it is the plant’s scent that seems to dominate its etymology. Plato, in his dialogue Cratylus, dealing with the question of whether words are arbitrarily constructed or are in some way related to the things they signify, connected θῡμός with a different verb, θύειν, to burn or perform a sacrifice, a procedure commonly associated with the use of incense, or θῡμιᾱμα. And θύον was a type of scented tree. These Greek words are related to the Latin words tus or thus, incense, typically frankincense or olibanum, giving us thurible and thurifer, and fumus, smoke, giving us fume and fumes, fumigate, and perfume. Fumaric acid is from fumarin, an organic base found in fumitory (Fumaria officinalis), from the medieval Latin term “fumus terrae”, or “smoke of the earth”, because of the way in which it grew in great quantities, likened to smoke rising out of the earth; this gave rise to the name of the genus, Fumaria.

In 1724, Carolo Neuman, apothecary to the court of Berlin, studied a group of substances he called camphors, and isolated what he called Camphor thymi, camphor of thyme, from the plant. He described his findings in a paper titled “De camphora”, published in the Philosophical Transactions of the Royal Society of London (1724; 33(389): 321-32). We now call this phenolic substance, thymol.

Thymol has been used for many medical purposes. Celsus, for example, recommended a gargle containing a decoction of thyme, hyssop, or mint for paralysis of the tongue. In The Modern Herbal (1931) Mrs Grieve said that garden thyme was used as an antiseptic, antispasmodic, tonic, and carminative. She recommended thyme tea for “arrest[ing] gastric fermentation” and in cases of wind spasms and colic, for promoting sweating (“perspiration”) at the start of a cold, and in fevers. Oil of thyme she recommended as a rubefacient and counter-irritant in rheumatism. Culpeper, she wrote, described thyme as “a noble strengthener of the lungs” and recommended it for treating whooping cough, purging the body of phlegm, and as a remedy for shortness of breath. And Gerard said that it would cure sciatica and pains in the head and heal leprosy and the falling sickness. Thymol has also been used as a disinfectant and was at one time used to treat ankylostomiasis.

Carvacrol, a related compound found in thyme, is also found in oregano, to which it gives its characteristic aroma. Thymoxamine, whose International Nonproprietary Name (INN) is moxisylyte, also structurally related to thymol, is an alpha-adrenoceptor antagonist with vasodilatory activity. It has been used orally in the treatment of peripheral vascular disease, for example Raynaud’s disease, and by intracavernosal injection in erectile dysfunction. 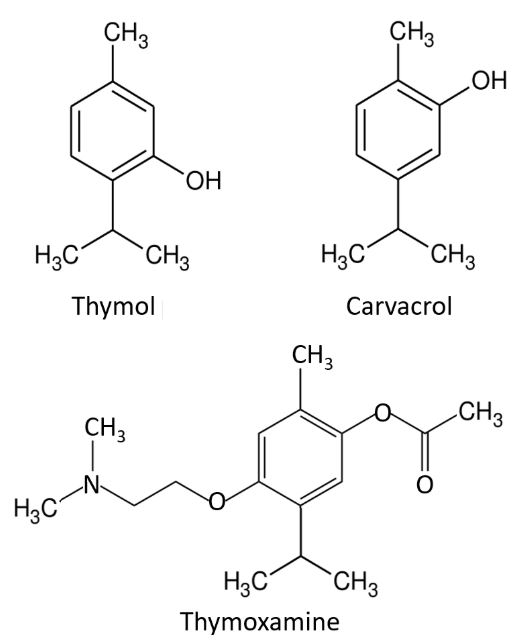 One might be tempted to assume that the thymus gland is etymologically related to thyme, perhaps because it is near the heart, as seen in this illustration from Gray’s Anatomy. 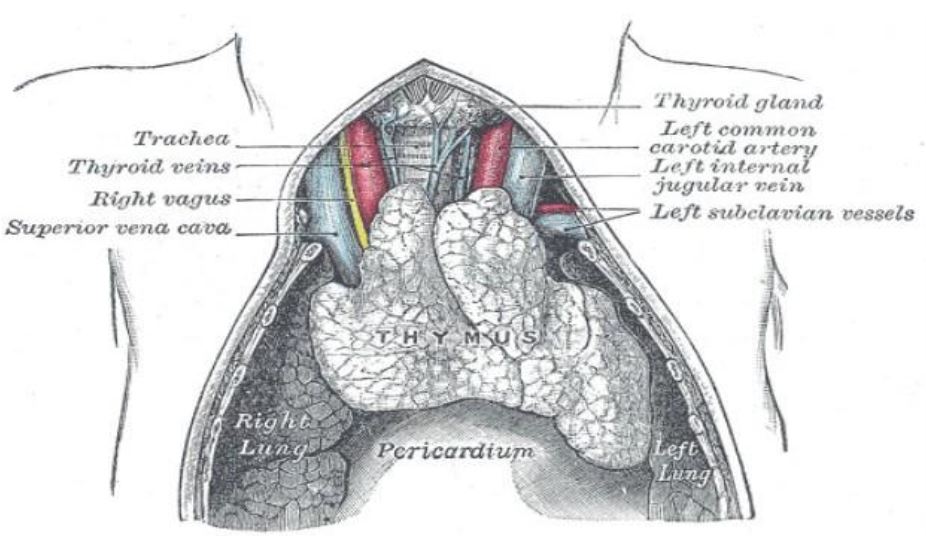 The pyrimidine base thymine was originally obtained from calves’ thymus glands in 1893 by Albrecht Kossel and Albert Neumann. It is now known to be one of the four bases in the molecular structure of DNA. Link thymine to the sugar deoxyribose and you get the nucleoside thymidine.

Thymosin alpha-1 was isolated from calf thymus by Allan Goldstein and colleagues in 1966. They described it as a “lymphocytopoietic factor”. They did not comment on the fact that they characterized the activity of lymph node cells by measuring 3H-thymidine uptake.