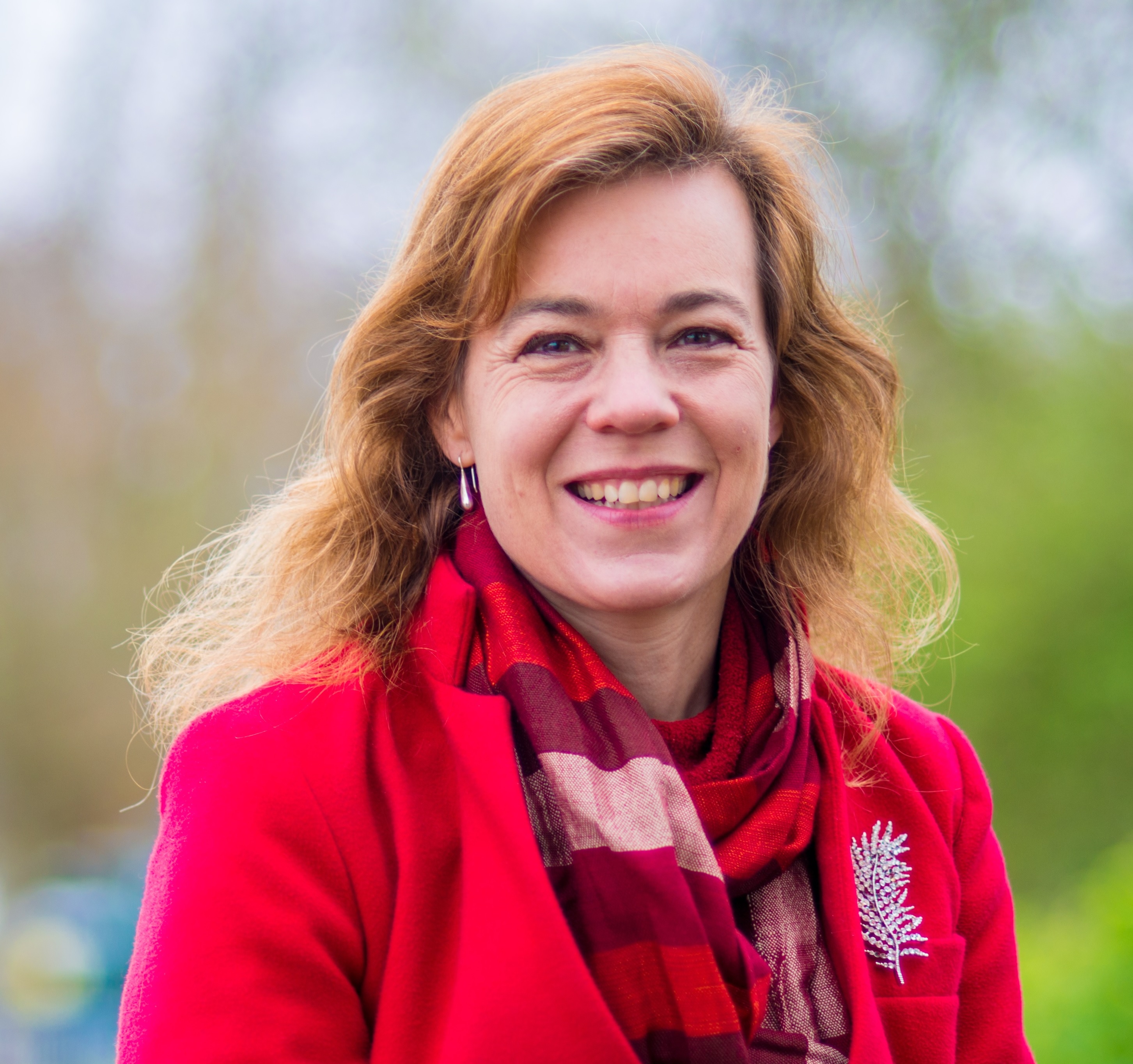 My mum died in 2016, a more decorous and peaceful end of life would be hard to imagine. That she died well is a huge blessing: not everybody gets that privilege. There is discussion in medical circles about how to improve and de-medicalise ends of lives. My mum’s story may offer some lessons.

July 2016, and the Proms were about to start. My mum’s health had been deteriorating for a while and, of late, some weird symptoms had appeared, prompting various tests. It wasn’t this, it wasn’t that, it wasn’t a stroke; it was required that she see an oncologist at 4.30pm one afternoon. A doctor friend later said “What do you think oncologists use end-of-day appointments for?”. He told her that the breast cancer, which had been “fully treated” five years ago, had returned, spread, and become incurable. “Think in terms of months, not years, possibly as few as two.”

The spectre of being predeceased by a parent is, of course, not surprising, but profoundly shocking nonetheless.

Two weeks beforehand, I had, by random chance, heard a talk by Margaret McCartney, a Glasgow based GP whose many writings include the book Living With Dying: Finding Care and Compassion at the End of Life. She described how rubbish many doctors are about ends of lives, and showed (among other things) data about the proportion of occasions when a doctor thinks that s/he’s given a patient a terminal diagnosis, but the patient doesn’t realise what’s been said. Perhaps it’s so awful a thing to say that the doctor beats about the bush, hides behind incomprehensible medical speak, and the patient simply doesn’t twig. Thus educated by Margaret, we knew to be grateful for the oncologist’s clarity. We knew what to prepare for.

Margaret also presented data showing that clinicians’ estimates of terminally ill patients’ time remaining are often over-estimates. This is worth knowing. We had to prepare fast. She might not even see the Last Night of the Proms.

My mum accepted it all: there was no fighting, no demanding futile treatments that might delay it, but at some dreadful cost of discomfort and pain. Now 80, she’d lasted 10 years longer than either of her parents, and 20 years longer than her brother: the same disease (category) claiming them all. She decided that she wanted a small family cremation service, followed by a memorial service⁠—like that of her brother, a priest⁠—with people in colourful clothes, “a celebration of the resurrection.” She designed the service, and she and my dad chose the hymns, music, and readings, and wrote the eulogy. She asked my cousin, her nephew, also a priest, to do the sermon. An English teacher, she wrote lists for us of literature and music “we have loved.”

The day after the diagnosis, I read Margaret’s book in its entirety, and re-read Harvard doctor Atul Gawande’s book Being Mortal: Illness, Medicine and What Matters in the End. Clearly, our task now was to help somebody to die well, about which I knew precisely nothing, so I better RTFM. Margaret’s book talks about how, if a person collapses, paramedics may be obliged to perform CPR, which succeeds pretty often in TV dramas, but in older people is just a violent way to break their ribs. So both my parents got “do not resuscitate” notes and carried them everywhere.

Mum stayed at home throughout, supported by my dad. Their GP activated the local hospice-at-home service, which came weekly, with support and advice and equipment (because of her now-tanking mobility). The district nurse came a few times and produced some other kit. The GP came, and was in touch throughout.

A zillion friends and family visited. Despite being asleep a lot, she (and my dad) were having three or four visitors a day: “socialising like undergraduates.” A cousin missed his slot due to traffic and had to wait a week for another one. She mainly held court in the living room, which looked like a florists’, and people too distant to visit wrote reminding her of happy times they’d had together. Notice that none of this would have happened if the oncologist hadn’t been clear that she was dying.

My dad did a ton of care, which was increasingly intensive as she deteriorated. By week four, she couldn’t walk from one end of the room to the other. “Fading away,” she said. Friends brought food⁠—useful food, like meals, not just biscuits⁠—and sourced things like a ramp to get her wheelchair down the single step to the downstairs loo.

There was no pain. There were loads of drugs (all oral) and lots of sleeping and waking at odd hours, but no pain. What there was, however, was lots of love.

She shrank. Cancer eats you alive. In week three she gave me her wedding ring, after it fell off one day⁠—unprecedented in nearly 50 years of marriage.

My husband and I had a holiday booked for what became weeks four and five: thankfully only in Italy and tolerably near airports in case we needed to return. She tanked during that fortnight: dad said that “this can’t go on,” meaning that the gradient on her graph was so steep and she was already so near the x-axis. She was ready: she told dad during week five that she wanted “to go to sleep and not wake up”; one evening she bade him farewell only to seem surprised to wake up the next morning. (She’d said goodbye to me on my week three visit, the day before we left for Italy.)

We were scheduled to return from holiday on the Friday of week five. My brother’s birthday was the coming Monday, and we’d arranged to both go there then for a family birthday lunch. That got pulled forwards to the Saturday because, at the rate of decline, Monday was unimaginably far away: dying causes time dilation.

She was ropey that Saturday morning. When the rector came for his weekly communion-at-home visit, dad had him deliver the Anglican version of the Last Rites. He also summoned the hospice people, who brought their “party pack” of high grade morphine.

Mum knew that my brother and I were coming for lunch. Within 90 minutes of our arriving, she died⁠—right there, in the living room, with the three of us, and all those flowers and cards. Gawande’s book has lots of examples of dying people “hanging on” for something they’re looking forward to: many more terminally ill people die just after Christmas, or just after a wedding or Bat Mitzvah or whatever event they are waiting for, than just before.

A friend’s mum had died a few months earlier, also of cancer, and she was unconscious for a couple of weeks. Once my mum was unconscious on the sofa, I was just hoping that we wouldn’t be there all night. We all said our goodbyes. Her breaths became irregular. Long gap. Breath. Short gap. Breath. Long gap… “It seems that your mum had a life well lived and a departure pretty much on her own terms”, said a friend.

Brain surgeon Henry Marsh in his book Do No Harm describes many difficulties of dealing with terminally ill people. He mentions how “nobody ever says ‘thank you for how you told me that I am going to die’.’’ Well, I did. I wrote to the oncologist in Oxford, to thank him precisely for being brave enough to be candid the one time that he met my mum. His candour was such a gift for us. While I was at it, I said that his estimate of mum’s time remaining was indeed an over-estimate (she lasted just over five weeks). His rather astonished reply explains that doctors of course see more of the patients who last longest, which probably skews their perception of the data-set. Because he works in “the cancer system”, I also recounted how her metastasised breast cancer had fooled all the follow-up tests which she had assiduously attended: the five-year all clear notice arrived the very week after she died⁠—of that.

The calm end was clearly a blessing for her. And for us too. The books I read discuss studies of how family members’ mental health is markedly better if a person dies peacefully and well than if it is over-invasive, medicalised, and in over-lit hospital rooms full of strangers with machines. To all the people who gather these kinds of data, and the authors who bother to share it with us non-medics: your work could not prevent the end of my mum’s life, but it vastly improved it. And for that, we are hugely grateful.

Caroline Fiennes runs Giving Evidence, which works with charities and charitable donors to encourage charitable giving based on sound evidence.