Last week I discussed Paracelsus’s well-known statement, first published in his Sieben Defensiones in 1564, that “only the dose determines that a thing is not a poison.” I suggested, based on an analysis of his text, that Paracelsus probably understood the nature of dose-responsiveness, even if not in the way that we think of it today.

Modern understanding goes back to a publication 300 years later, on 15 March 1864, by the Norwegian chemist Peter Waage (1833–1900) and his brother-in-law, the mathematician and chemist Cato Maximilian Guldberg (1836–1902), who propounded what has come to be known as the Law of Mass Action. The principle itself starts with the concept of affinity.

The Latin root fin- implied a boundary. The verb finire meant to mark out or form the boundary of a territory or other area, or to divide or demarcate separate areas. It therefore also meant to terminate or put an end to something and then to limit something in duration, scope, or extent. The corresponding noun, finis, meant any kind of limit, such as a boundary, the most remote part of a territory, or something aimed at a target. The noun confinium meant a common boundary between territories or a junction of the river with the sea.

Many English words come from this root. The simplest, fine, has many meanings, mostly relating to completion or a state of perfection. Finery is clothing that has reached such a peak. Finesse refers to purity or excellence, originally applied to precious metals or wine, but later coming to mean subtlety or tact in dealing with people, and even trickery; but in card games such as bridge, a finesse, although tricky in more than one way, is a legitimate strategy. Other words that signify endings include final, finale, finality, finalize, finish, and finite. When Andrew Marvell, in the process of seducing his coy mistress, wrote “The grave’s a fine and private place,/But none, I think, do there embrace” he was punning on “final”. A fine is also a penalty, marking the end of an affair; at one time it referred to a payment for release from prison. And finance originally referred to the ending of a debt by paying it.

A trepan (Greek τρύπανον, a borer) is an instrument for cutting a hole in the skull. When John Woodall invented a new instrument for doing this in the 1620s, he called it a trephine, echoing “trepan”, but referring to its three ends, in Latin tres fines (below). 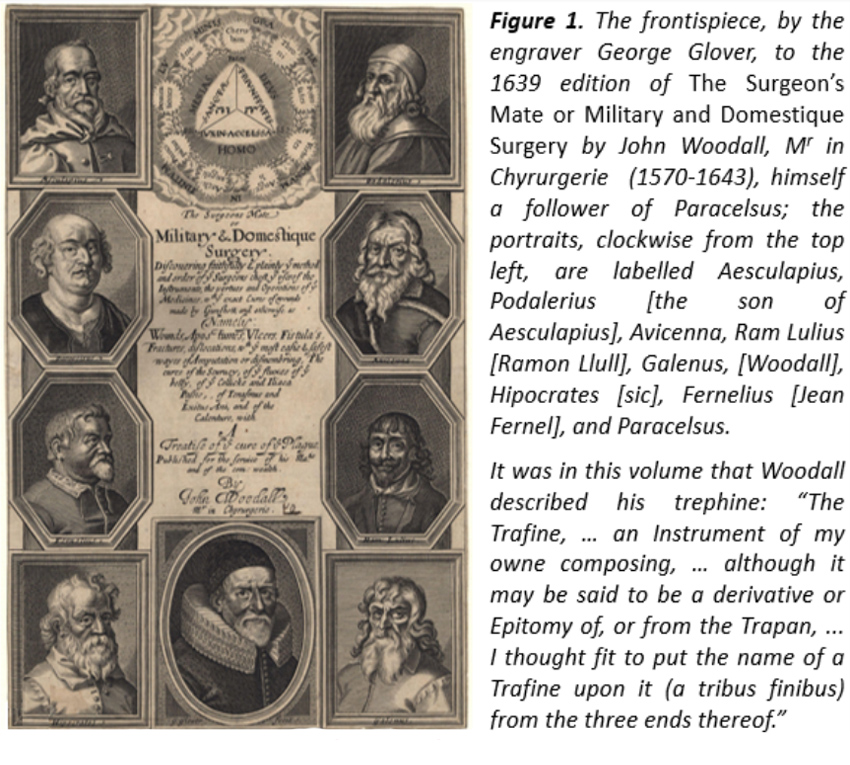 The verb definire, to fix the limits of a place, to limit, or put an end to something, came by extension to mean to give an exact description of something, to define it. A definition draws a boundary around a term; it both includes everything that the subject involves and excludes, at least by implication, everything that it does not. Aristotle referred to this as τό τί ἦν εἶναι, “that which is”, nothing more and nothing less.

The Latin adjective affinis meant bordering on something and, by extension, related to someone by kinship or marriage. Affinitas was relationship by marriage or between things. The concept of affinity as the chemical force that holds together dissimilar substances was ascribed by William Whewell (1794–1866) in 1840 to Herman Boerhaave (1668–1738), the influential Leiden physician and the author of Elementa chemiae. In Whewell’s words, “When we make a chemical solution, not only are the particles of the dissolved body separated from each other, but they are closely united to the particles of the solvent.”

The French chemist Claude Louis Berthollet (1748–1822) considered the driving force behind chemical reactions and established the relation between the mass of a substance and the rate at which it undergoes a chemical reaction. In his 1801 treatise Recherches sur les lois de l’affinité he referred to “the laws of the affinity by which bodies tend to join together or combine”. The relevance of chemical affinity to therapeutics was quickly recognized. Here, for example, is Jonathan Pereira in The Elements of Materia Medica (1854): “The action of a medicine on one organ rather than on another is accounted for on the chemical hypothesis, by assuming the existence of unequal affinities of the medicinal agent for different tissues”. Others later extended the concept to pharmacology’s “big idea”, that there must be specific elements in tissues on which drugs acted, which we now call receptors.

The concept of affinity set the stage for enunciation of the Law of Mass Action. 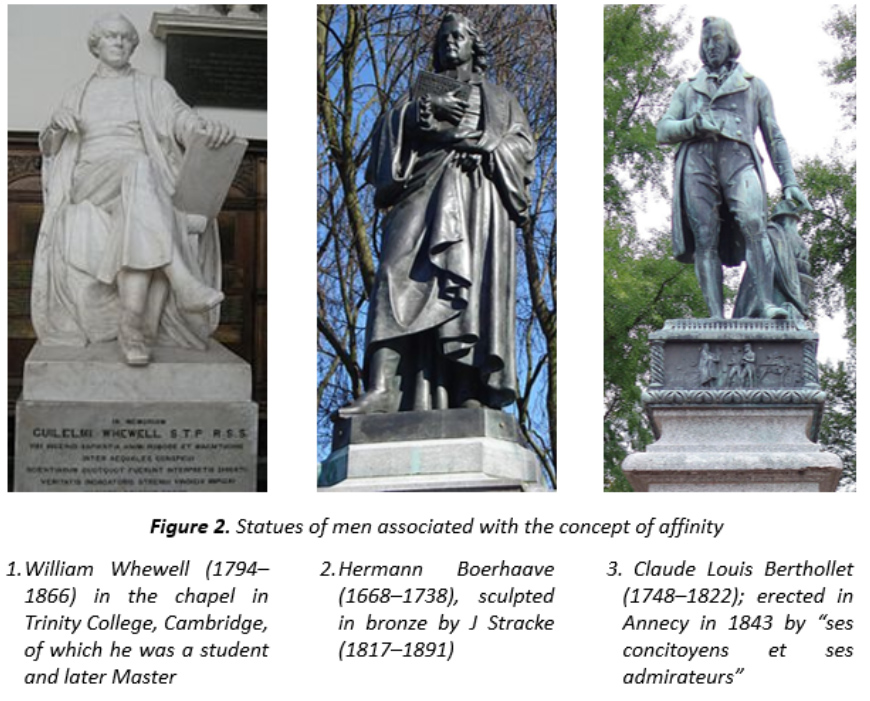