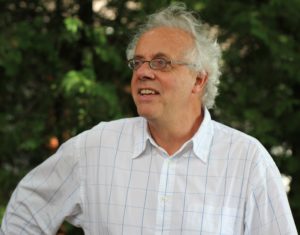 The truth is in the fiction, says Martin Amis, novelist and essayist. Somethings are just too painful, too awful, or too revealing to write about yourself or your colleagues, but you can write them about somebody you’ve invented, someone who almost by definition must be an amalgam of you, friends, family, people you’ve read about or seen on television. I thought about Amis’s dictum as I read Sam Guglani’s novel Histories. It says, I judge, things about doctors, medicine, patients, hospitals, and death and dying that are deeper, more meaningful, than can be said in non-fiction.

Guglani is an oncologist in the West of England and has achieved fame through organising Medicine Unboxed, a festival of medicine and the arts. I spoke at one of the meetings, although I have no memory of what I spoke about. Guglani’s novel is more like a collection of short stories than a novel as we hear from one character after another with only tenuous links between them. We hear from old and young consultants, junior doctors, nurses, patients, porters, and others. Together the voices create a powerful and disturbing picture of a hospital, the largest building and employer in many towns—places filled with dramatic stories.

I took an enormous number of quotations from the book and arranged them under headings. They paint a picture of modern medicine more honest than others I’ve encountered. It is the fiction that allows such honesty. I’ve not reproduced here all the quotations I collected, but I give some here together with brief comments.

Many of the quotations concern doctor’s behaviour, how they put on a show. “He’s found that doctors can, and so often do, deliver just the bare bones of medical treatment whilst not giving a damn about their patients. That this is an accepted norm of medicine….Enduring courtesies in lieu of actual patient care….How difficult already, so soon in her career and after all her training, difficult just to be kind.”

Doctors must exhibit “frivolity, that trait so desired by doctors, so oddly necessary” and flaunt “perfectly choreographed resilience …What are we about? The perfect recital, or something messier and truer, improvised for this moment and this patient? ….The lie so immediate and accessible, only weeks into his career. The lie of confidence and certainty, knowledge kept until it’s ripe to fall …Weak men like him, everywhere in medicine, men in positions of power, fragile men desperate for something, something owed. But what? Adoration?”

Guglani captures a multidisciplinary team meeting: “We discuss him at our multidisciplinary meeting, review his scans and management. Games of poker, these meetings. Decisions traded like bets, pomp and kudos thrown around like chips over a gambling table, endless posturing. He’s two neurons short of a synapse, that one. She’s so fat you’ll have to operate just to get her in the scanner. I’m not a child; I know the realities. But the way we speak, soft-skinned men and women dolled up for a night’s partying—we’re people who understand so little of real pain.”

Could it be that medicine is more about the doctors than the patients, something that I first felt as a medical student when I walked the wards of the Edinburgh Royal Infirmary? Guglani, or at least his characters seem to think so: “So, here’s my penny’s worth: IT’S NOT ABOUT US. Put that up in the staff rooms …I’ve always thought it’s the doctors that are receiving something. Bingo. All of medicine in a sentence.”

What is the hospital, the doctors’ stage, really like? “That kind of hospital. All shine and surface. Nothing human to reach from or out to. Nothing real…. Extraordinary when it’s really seen, the messy truth of a hospital, so far removed from our pristine fantasies….She was frightened, like everyone else in a hospital, the patients, the staff.”

As an oncologist Guglani is dealing much of the time with patients who have a disease that might kill them, and they want to stay alive: “And patients want life. He accepts they want quality, symptom control, all these things. But ultimately they want to live. And why shouldn’t they? Isn’t that what medicine’s for?” But do doctors sometimes go on treating dying patients for too long? “Everyone knows she’s dying, vacillating across the grey line of it, but still they won’t stop all this. It’s like they can’t….Medicine’s biggest lie. How its main goal is to prolong life. How not to aim for this is a sort of failure, caricatured otherwise as soft, like palliative care. If not culpable then certainly not proper, manly medicine either.” Is the doctor who gives up too soon a wimp, unmanly (even if female)? “You can turn people around, his registrar had scolded him. You’re here to keep them alive, you know. Is he? Why is he? Why is that the most important thing? Bodies with circulation and breath but, so often, hardly life.”

How do doctors deal with all this, especially as the patient begins to die? The novel explains how: “Emily has always been aware of a particular feeling when seeing very sick patients, people she might have known for a while who are likely entering the last few weeks or months of their lives. Like a valve closing off, separating her from their pain. She’ll still work hard for them, manage them properly, but they became distant logic problems, as if in a textbook: questions of what drug to use, what support to get in, how to deliver news, the mapping of prognoses and discharge planning. It’s a subtle thing, and maybe all of medicine is only ever this set of practicalities, but she knows and can feel the difference, feel the closing off, and she’s wonders increasingly if it isn’t such a bad thing.”

Guglani has done a wonderful job of explaining how medicine, hospitals, and doctors really are. Histories might be a disturbing if enriching read for patients, but for doctors the main reaction is likely to be recognition, a painful recognition.

Competing interests: When RS read the book and collected the quotes he knew Sam Guglani only distantly. Now they work together on the Lancet Commission on the Value of Death, and he has got to know him better.