As clinicians, we can learn from those in Chernobyl’s control room, says Blair Graham 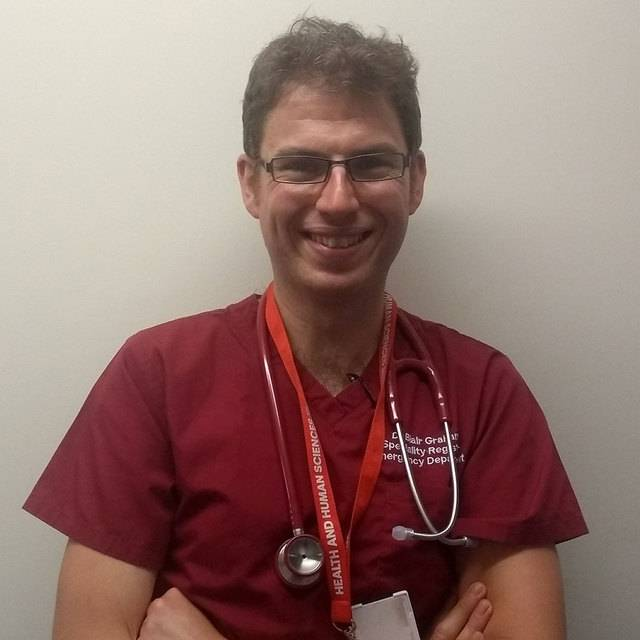 On 26 April 1986 one of the reactors at the Chernobyl power plant in Soviet Ukraine exploded. In a slight twist of irony, this was the result of a test designed to demonstrate reactor safety in a power failure. Such was the force of the explosion that contents from the reactor core were expulsed and the resulting fire spread a plume of radioactive dust across Europe. Thirty one people died as a result of the initial incident, and thousands more are estimated to have been affected since.

The recent HBO/Sky miniseries Chernobyl has been critically acclaimed. The drama highlights not only the evolution of the disaster and its immediate effects, but the longer term fallout.

As clinicians, there are lessons we can take away from this depiction. For starters, the safety test scheduled at the plant was postponed until the early hours of the morning, when staffing was light and those present perhaps less experienced. Previous reports have noted that circadian disruption and fatigue may have played a part in the actual disaster. In medicine we have recognised the impact that sleep disruption can have on performance and UK surgeons have ceased routinely operating at night. Would it be wise to postpone all but the most essential overnight activity until the light of day?

Chernobyl’s portrayal of events within the control room represents something of a human factors nightmare. Anatoly Dyatlov was the engineer at the plant who was in charge of supervising the test on the night. Paul Ritter’s interpretation of a fierce and non-compromising Dyatlov makes explicit how vertical hierarchy and incivility can conspire to undermine those who may otherwise avert an adverse outcome. Shift chief Aleksandr Akimov (Sam Troughton) despairs, “I have to do something I’ve never done before with him [Dyatlov] looking over my shoulder”—an uncomfortable experience familiar to many at some stage in their clinical career. At one point in the show, there is a heated exchange between Dyatlov and Akimov. Had Akimov been aware of a simple method of graded assertiveness then maybe, just maybe, he’d have influenced Dyatlov to agree to terminate the test.

In the immediate aftermath of the explosion, it is wrongly assumed that radiation levels are lower than they actually are because of equipment limitations. This is a failure not only of tools but of closed loop communication, which has drastic consequences for first responders and those living in the local town of Pripyat.

The drama portrays a reluctance to accept the gravity of the disaster, even when there is evidence to the contrary. The glowing air that can be observed is due to the Cherenkov effect—possible with “minimal amounts of radiation,” asserts Dyatlov to a packed room of officials. Perhaps, rather than representing wilful negligence, this is a display of cognitive biases, such as the tendency to over-rely on initial information (anchoring), selectively favouring information that supports the proposed diagnosis (confirmation bias), and ignoring alternative explanations once an initial impression has been made (premature closure). These, and many more biases aside, have real potential to lead to flawed clinical decisions in practice.

The drama also delivers some broader reminders. Evidence has previously suggested that junior doctors working in emergency medicine lack awareness of their local major incident policy. I would imagine that fewer still have considered the specific disaster risks that exist on their own doorstep. Yet juniors may find themselves initially responsible for casualty reception in such a scenario. Staff in the hospital in Pripyat are portrayed as having little knowledge of dealing with the effects of radiation and they have limited access to iodine. While it is easy to mock the incompetence of this portrayal, we should exercise humility and ask how we would fare in the event of an incident in our own backyards.

Finally, Jared Harris gives a humbling portrayal of the nuclear scientist Valery Legasov. During Chernobyl, he communicates the basic principles of nuclear fission to politician Borys Shcherbyna (Stellan Skarsgård). While perhaps a device to provide the audience with context, this conversation eloquently highlights how the most complex topics can be meaningfully explained to non-experts. We should always endeavour to do the same for patients and carers. Legasov’s role in the drama is to act as a whistleblower, which leads to safety improvements, but is not without personal consequences.

It is inevitable that the historical accuracy of parts of Chernobyl will be called into question and it would be naïve to assume that all of the screenplay truly represents events as they happened. Even so, the producers have done more than create an accessible and compelling interpretation of a disaster—they have laid open how as humans we are each capable of aggravating or mitigating catastrophe. As clinicians, we can empathise with, and learn from, those in Chernobyl’s control room that night.

Blair Graham is a lecturer in emergency care with the School of Nursing and Midwifery at Plymouth University, a Royal College of Emergency Medicine PhD fellow, and specialty registrar in emergency medicine at University Hospitals Plymouth NHS Trust. Twitter @timecritical