The NHS is one of the UK”s biggest contributors to climate change, and top down reform is too slow, but clinical staff can kick start change, say Nada Al-Hadithy and Katie Knight

“Climate change is the biggest global health threat of the 21st century” and the defining challenge of our generation. The NHS is the nation’s largest employer. It employs 1.4 million people, and is an internationally celebrated global brand. The NHS has a procurement budget of £20 billion per year, and is in a powerful position to be able to take brave and radical steps in role modelling how a massive organisation should be addressing its environmental responsibilities.

The NHS Long Term Plan, was an exciting opportunity for the NHS to lay out its goals for the years to come. However, for all its commendable ambition in other areas, the NHS long term plan only mentions the climate and the environment on the last page of the appendix. Among the recommendations made were to “phase out” primary heating from oil and gas, to reduce vehicle emissions by 20% by 2024, and to re-state its commitment to reducing the carbon reduction targets set out in the 2008 Climate Act. Too often sustainability in healthcare is bolted onto the strategy rather than embedded in every workstream.

The NHS impacts the environment in a multitude of ways. It is responsible for 5% of all road traffic in the UK. Air pollution contributes to an estimated 40,000 deaths each year in the UK and costs the economy an estimated £22 billion—which means that the NHS directly contributes to 2000 deaths from air pollution. The NHS is one of the UK’s most energy intensive organisations, spending more than £750 million on energy each year (including a £350 million greenhouse gas fee) and has the largest carbon footprint of any UK organisation.

The Sustainable Development Unit has made great advances in raising the profile of the NHS’ carbon footprint, however—its resources are limited, it is focused on top-down policy change, and it cannot be the only angle from which the NHS addresses its environmental responsibilities.

For frustrated clinicians, at an individual and trust level, what can be done as a “bottom up” approach? The Centre for Sustainable Healthcare has many strategies for front line staff to reduce the 22.7 million tonnes of carbon dioxide equivalents (tCO2e) that the NHS emits every year. After all, 80% of this is due to clinical decisions and models of care. Which gives us even greater impetus to demand better procurement and more environmentally friendly clinical pathways. Examples include psych susnet, green nephrology, sustainable anaesthesia and sustainable respiratory care. For example, metered dose inhalers (MDIs) account for 5% of the total NHS carbon emissions and have estimated carbon footprints of 500g CO2e per dose, compared to 20g in dry powder inhalers (DPIs). Following the Montreal protocol banning the use of CFC gases in 1987, many countries moved directly to dry powder inhalers while in the UK we still prescribe mainly MDIs. By counselling our patients appropriately, we can reduce the carbon footprint of one of the UK’s biggest polluters.

The NHS long term plan also stated an aim for local NHS organisations to become “anchor institutions” within their communities—organisations which have economic, social and human resources that can be used for the benefit of local people. So, how might an NHS institution behave as an environmental anchor? Some examples include, politely requesting serving planetary diets exclusively in all NHS institutions, removing  polystyrene and plastic cutlery while encouraging staff to bring in their own containers to the canteen, boomerang cup schemes for all coffee outlets, and promoting carbon literacy and environmentally friendly actions—such as deleting junk mail to reduce your carbon footprint by 50g CO2e per email. These are some of the quick ways to make a big difference and hopefully will spread within the communities in which the NHS anchors preside. Using NHS sites for local produce schemes and engaging with local communities to create an NHS forest could improve clinical care and staff wellbeing. Clinicians could arrange a meeting with the trust’s sustainability champion and see how individuals can improve procurement, reduce costs, and save the planet.

The NHS is one of the UK’s proudest achievements and shouldn’t we deliver excellence in everything we do? Given the climate emergencies being declared around the world, health professionals, and the NHS more specifically, have a vital part to play in tackling the health impacts of climate change. Together we could turn the world’s greatest threat into the “greatest global health opportunity of the 21st century.” 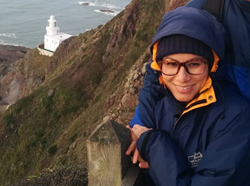 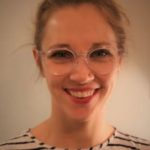