Not allowing PAs to become senior decision makers when they have attained a level of experience and competence is a waste of their expertise, says Natalie King

Having supported the physician associate role for many years I was eager to hear the debate at the recent BMA Junior Doctors conference on the role of medical associate professionals (MAPs). At the debate on the 18 May, junior doctors voted to “actively oppose” MAPs being treated equally to them when it comes to medical staffing. Physician associates (PAs) form the large majority of MAPs (some 1200 qualified PAs in the UK currently) and with around 1000 more being trained each year the implications of the motions carried could have a profound effect on their future.

The BMA have previously stated that three quarters of medical specialities face shortages of doctors and although the debate was positive about new roles to support doctors, the motions proposed centred around placing restrictions on MAPs.

Many of the points raised in the debate had validity, but a broad brush approach treating MAPs as one group fails to recognise the important differences and merits of the four professions.

PAs practice across the breadth of medicine and importantly in general practice. They are a flexible workforce and the only MAP that can move across specialties as the need arises without significant retraining.  The three remaining MAPs; physician assistants (Anaesthesia), surgical care practitioners (SCP) and advanced critical care practitioners (ACCP) have been developed from within their specialties following years of clinical practice as well as specific training for their role.

Each MAP therefore needs individual evaluation when considering the debated motions. Take, for example, medical rotas. PAs are able to competently take a history, examine, formulate a differential diagnosis and instigate a management plan which is useful for front door specialties and general practice. PAs are not doctors and require consultant or GP supervision to ensure that they are not expected to work outside of their competency, nor add to trainee workloads with the restrictions placed upon them as a result of lack of statutory regulation. Trying to directly replace a doctor on a rota with a PA is unlikely to work. We need to think differently about how we allocate workloads; for example, pairing a PA with the ward cover medical registrar can create efficiency and time release for other doctors. The contribution to rotas for other MAPs however may be different. Consider an advanced critical care practitioner; I would argue that the years of clinical experience in their specialty has probably equipped the ACCP with many key skills that could support an intensive care rota.

Employers are eager to recruit PAs, but are uncertain how to embed, supervise, and govern them. Where PAs are used as “quick fixes” to workforce shortages they enter a medical workforce unprepared for their arrival. Witnessing this has no doubt made trainees anxious of the potential impact on their training and about what role they have in supervising PAs. Social media commentary has certainly added fuel to the fire and the relationship between doctors and PAs has no doubt suffered as a result.  The first year following qualification is a steep learning curve during which PAs need support to consolidate their knowledge from their supervisor and also the wider team. Consultants and GPs worry that they will not have time to supervise another role in addition to their trainees. In reality PA supervision is rather different and evolves with regular contact and development of the supervisor/PA relationship. With time, less support is required, although regular contact is essential to maintain and develop the relationship. This is when teams really start to realise the benefits.

A PA I know well has worked in the same specialty for six years with the same supervisor and is vital to his team; he is a generalist working in a medical specialty and as such has acquired significant clinical knowledge in his specialty. He teaches on registrar simulation sessions, is able to competently perform and teach pleural procedures and is trusted and valued for his opinion. While he will not and should not hold the title of consultant at any point as a dependent practitioner, he is very able to make what might be considered a “senior decision.” The motion carried that PAs should not become senior decision makers when they have attained a level of experience and competence seems to me a waste of their acquired expertise and investment in their development.

As doctors we need to be prepared to challenge the traditional hierarchy to ensure we keep the patient at the centre of what we do. There are simply not enough doctors nor will there be any time soon.  MAPs can widen access to healthcare and are entitled to be involved in determining their future development. We need solution focussed thinking with involvement of trainees and MAPs alike to create mutually beneficial and supportive working arrangements matching demand by skill mix and not by title. Only by collaborative working will this be achieved. The last thing needed is further division. 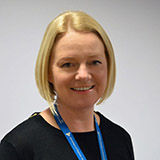