At the UK Lung Cancer Coalition’s annual meeting last year, patients and clinicians gathered to explore how to achieve prompter diagnosis.  Some factors, such as profound staffing shortages and barriers in engaging those at high risk, [1] have no easy solutions.  Surprisingly, one frustration that resonated with delegates nationwide was a simple but widespread logistical problem that could be remedied with some common sense and leadership: assessment of renal function prior to administration of intravenous contrast for computed tomography—the first crucial test for suspected lung cancer.

During difficult consultations about suspected lung cancer it can be challenging to raise the need for an extra test.  After being told that their doctor suspects cancer, scheduling a blood test, in addition to scheduling the vital imaging that will exclude or confirm cancer, can be a barrier for patients. For patients who understandably dread the discovery of lung cancer or for whom engagement with health services is difficult, arranging an additional appointment for a blood test can make the difference between them accepting or declining the urgent CT investigation.  For clinicians it can feel insensitive and unhelpful to burden patients with a series of appointments after communicating a possible cancer diagnosis.

Delays could be avoided if the NHS implemented strategies such as point of care (“finger prick”) blood testing, or initially imaging with non-contrast CT and accepting that those with lung cancer may require further contrast imaging for assessment of nodal and metastatic disease. In fact, goals like the incoming 28 day target for diagnosis from referral [2] are unlikely to succeed without pragmatic solutions like these.

Some units have managed to implement point of care testing but have faced resistance due to concerns that the use of such novel technology has not been sanctioned by regulators and professional bodies.  However, a NICE technology briefing has already reported evidence that point of care renal function tests correlate well with laboratory testing, and we are hopeful that further NICE guidance, due later this year, will help in overcoming the remaining barriers. [3, 4]

We believe that the potential benefits of removing delays to diagnosis should drive a national consensus—from bodies including NHS England, the Royal College of Radiologists, the British Thoracic Society, and the British Renal Society—to support the implementation of streamlined diagnostic pathways such as those described above. These are simple, low cost solutions to expediting urgent lung cancer imaging; the leaders of these bodies could make a big difference. 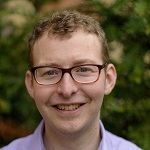 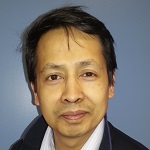 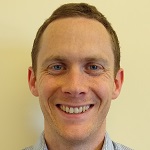