The time for gently nudging parents to vaccinate their children is over. A groundswell of antivaccine opinion and fake news from a highly influential and malicious antivax lobby is managing to harness social media for its own ends.  As a result, in the UK, uptake of measles, mumps, and rubella (MMR) vaccine has fallen to below the level needed to create herd immunity. Vaccination coverage is currently 91% across the UK, which falls short of the 95% that is needed for herd immunity. This is putting the most vulnerable children in our society at risk. For there are some children who cannot have the MMR vaccine—either because they are too young or because they have a medical condition that means that it is not safe for them to have a live vaccine. This includes children with cancer, who cannot have the vaccine while they are being treated with chemotherapy because they are immunosuppressed.

As a medical student I was taught about measles as a largely historical disease. I was told that I would be unlikely to see a case during my medical career. But then, eight years after I qualified as a doctor, I saw my first case of measles, in a 10-month old baby who was too young to have been given the MMR vaccine. He was very unwell and only narrowly avoided hospital admission. His GP had to see him regularly for 10 days. The GP was two years away from retirement, and this was the first baby with measles that she had seen in her entire career. That 10-month-old baby was my son. He made a full recovery, but the spectre of subacute sclerosing panencephalitis (SSSP) hung over him for many years. I know that this risk was very small, but it would have been zero had he not contracted measles in the first place. And the reason he became infected is because not enough people were vaccinating their children. As a result, that year there was a measles outbreak in the town where we lived.

One of the main problems in the developed world is that people have forgotten how serious measles can be. I have met many parents who have chosen not to give their children the MMR vaccine. Some genuinely believe that measles is a mild infection that doesn’t need to be prevented. Others believe the rhetoric that the vaccine is unsafe, and yet others suspect that the medical establishment wants to control the choices they make about their children’s health for no good reason.

Having to deal with antivaxxers is not a new thing. Smallpox was once the most devastating disease known to humans, with one in seven children dying from smallpox infection. So you would think that, with the advent of a vaccine that prevented it, the general public would have jumped at the chance to have their children vaccinated. But in fact, the road to the eradication of smallpox was long and hard, with rumours and misinformation spread about the vaccination programme right up until eradication was achieved. To improve vaccination uptake, the government introduced compulsory vaccination, with the Vaccination Act 1853. This led to a huge increase in the number of children being vaccinated, but it also led to the formation of the Anti Vaccination League, which organised protests around the country against compulsory vaccination. The law was eventually changed to allow for conscientious objection, and it wasn’t until more than 100 years later, in 1979, that the World Health Organization declared the world free of smallpox, with the last natural case occurring in Somalia in 1977. No new cases of smallpox have occurred since, which is surely one of the most incredible feats that medicine has performed.

According to the latest vaccination report from Unicef, there are currently more than 500,000 children in the UK who have not been vaccinated against measles. This raises the worrying possibility that measles, which was declared eliminated from the UK in 2017 by the World Health Organization, could become endemic in the UK again. We need to find ways to reverse this trend and ensure that measles will one day be consigned to the annals of history. This means working with social media sites, to stop the spread of malicious myths and misinformation.

The news that Instagram will now start blocking hashtags that spread fake news about vaccination is very  welcome, but I worry that it will not be enough. I agree with health secretary Matt Hancock, that we are now at the point where we should also be considering steps such as compulsory vaccination, or refusing to allow children to go to nursery or school unless and until all their vaccinations are up to date. We should consider imposing fines on any institutions that allow an unvaccinated child to be admitted. These measures may seem draconian, but if that is the only way to stop vulnerable children being infected with an entirely preventable disease then it is not only justifiable—it is what we need to do. 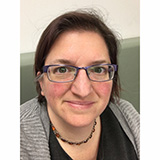 Eleanor Draeger previously worked at Lewisham Hospital as a Consultant in Genitourinary Medicine, and is currently working as a Sex Education Trainer at the Sex Education Forum