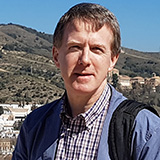 One of the great joys of the internet age (and yes, this says much about the geek in me) is that it is now possible to pick up a news story, read the scientific paper upon which it is based and check out the original data before getting out of bed. Which I did last week on reading about Leeds, the “first UK city to lower its childhood obesity rate” according to The Guardian and many other news outlets. It is a great story. Something we would love to have been able to claim for Newcastle, but we can’t. Sadly, neither can Leeds.

The study, published in Paediatric Obesity, is based upon data readily available in Public Health England’s Fingertips website—in the section on NCMP and Child Obesity Profile, the figures are those for “Reception: Prevalence of obesity (including severe obesity), 5-years data combined”. The study was based upon 4 data points, equivalent to 4 consecutive 5-year rolling averages. For Leeds these showed a fall from 9.42% to 8.83% over the reported period from 2009/10-2013/14 to 2012/13-2016/17.

This prompted much admiration and praise on Twitter, including a Tweet by the Secretary of State, Matt Hancock, saying “Childhood obesity rates have fallen in Leeds after bringing in parenting classes, study shows—highlighting pivotal role parents play in tackling childhood obesity. Terrific step forward we must build on if we’re to protect health of future generations”.

I twitched a little at this narrative of parental choice and responsibility, particularly coming the day after publicity for a much larger study showing a powerful relationship between breastfeeding and obesity.

But what was missing from the news coverage and responses was the fact that there is now a fifth data point in the Fingertips data—for the period 2013/14-2017/18—and this shows the prevalence of obesity in Leeds to have risen again to 8.98%. This is because the single-year data for the city in 2017/18 showed a rise to a prevalence figure of 9.5% in the reception age group.

OK, you might say, it is still a fall, and possibly a bit more than the national change over the same period. But let’s look at Newcastle’s figures for the same periods. These show that for the time covered by the published study, obesity in Newcastle, by the same measure, fell from 12.10% to 11.25%. And its figure for 2017/18 was 11.16%.

Does this make Newcastle the first UK city to lower its obesity rate? Or does it mean that the Leeds data have been misleadingly over-interpreted?

This matters, because, however worthy the parental programme (HENRY) in Leeds may be, this study is not evidence that it works. But it has fuelled the individual, behavioural choice paradigm of childhood obesity, against which there is a mass of evidence, and that strikes me as irresponsible epidemiology.